An Interview with Chris Bruni of Profound Lord Records 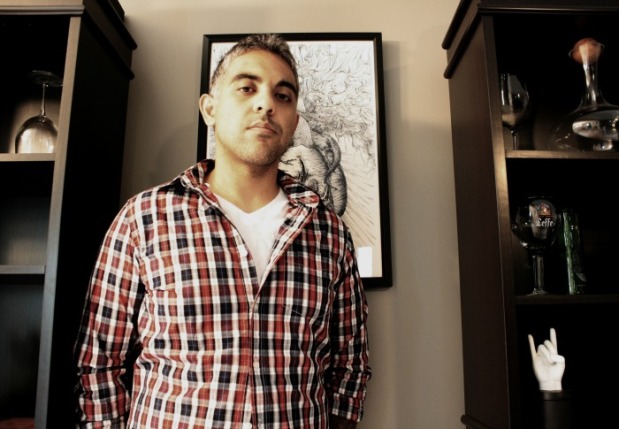 By way of introduction, could you say who were some of the artists or bands that inspired you growing up, that made you want to be a part of that world? Were you ever in a band yourself?

Growing up, the first heavy rock/metal bands I was into was stuff like Rush, Motley Crue, Ozzy, Def Leppard, Van Halen etc. (as well as non-metal oriented bands like Duran Duran and New Order, who I still listen to religiously today) and then from there I would delve into more heavier stuff like Metallica, Slayer, Megadeth, which would lead into more extreme forms of metal like when I discovered death metal in the early ‘90s and black metal just following right after. So it was a natural progression like that. But it was when I was knee deep in the early ‘90s death/doom/black metal movement that really inspired me to be part of that world.

I was never in a band myself, but I am musically trained; I played classical piano and trained with the Royal Conservatory way back in the day when I was a teenager. I stopped that when I was around 19, just before I went into university.

How, when and, actually why did Profound Lore come together?

It was around April/May 2004 when the label started to take shape with a few other people involved. It just came together because me and my former partner already had connections in the scene with bands and labels so we wanted to start something on the side to get involved into releasing stuff like limited edition vinyl from bands we already had connections with and with labels we had connections with in which we could license stuff from them. This of course was at a time when there was not really a vinyl craze happening and when people would still tell us vinyl was a dying breed.

You’ve mentioned in the past that the notion of a constant aesthetic and ethic was, and still is, very important to Profound Lore. Is there a way in which you would describe that aesthetic as well as what you see as the label’s ethics?

It’s mainly just to focus on something that’s aesthetically potent, something that can mainly be seen as artistry through the music to the cover art and packaging. There’s not really a specific sound, even though it usually ventures in the dark, heavy, emotionally charged, and atmospheric kind of sound, but it’s usually a culmination of all these things. The label’s ethics were always aesthetic and artistic merit over how to market a release or whatever. I’ve always had this attitude and I think having this attitude has contributed to the label’s success.

Perhaps as a kind of follow up to that: It seems that the label’s roster, though very diverse, runs an elusively similar course, as if the bands were all relatives in one big family, making it very easy for a lot of people to say that most of the roster fits their “taste.” Would you say that's your taste? How does the decision process regarding whether or not to include a new band look like?

Yeah, you’re definitely right when you mention this and I’m glad you see it this way. Again, just by this statement you made, you already understand the aesthetic I’m going for with the label. But especially in heavier more extreme music, the stuff I release pretty much fits my taste in what I like in all these forms of metal. The decision process is usually one of feeling and intuition. 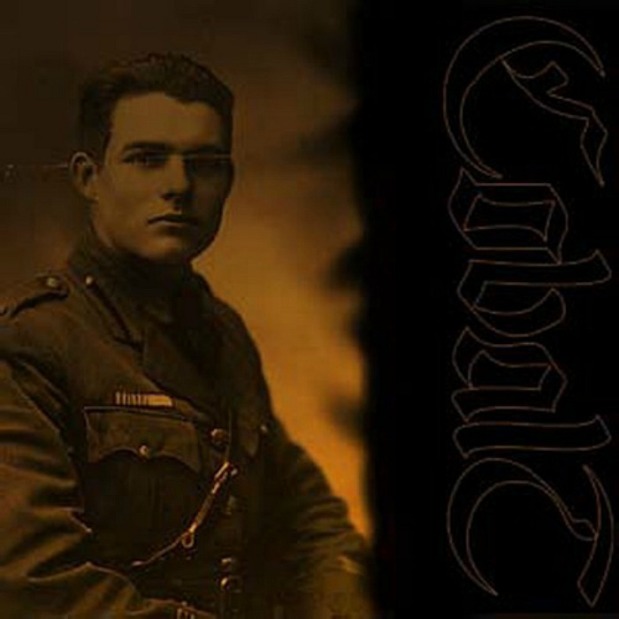 Is there a past or current independent or small record label that you have used as an inspiration for Profound Lore throughout the years, whether metal or not?

I would say the labels I’ve looked up to for inspiration would be labels like 4AD, Deathlike Silence Productions, Amrep, Factory Records, Earache Records (up to 1992), Misantrhopy Records, Cold Meat Industry, and the very early days of metal labels such as Peaceville Records and Avantgarde Music.

There seems, and I may be wrong about this, a very noticeable stress on art and design with your label’s artists, amid what could be called a more general revival of the art of metal album cover in recent years. How important is the packing for you and how important was it for you to maintain the label aesthetics in that area as well?

It’s very important to have cool packaging with cool artwork because, and especially with CDs, when someone buys a product of mine, I want that product to seem like a piece of art that you can own and hold in your hands, put it on your shelf, and not just some CD case with a disc inside.

You’ve spoken quite extensively about the need or the importance for quality control when running a label like Profound Lore. Would you say that issue becomes more pressing in the bandcamp era, with so many bands out there?

Yeah, I would think so especially since I’m becoming more discriminative every year doing this label and still learning too since you have to take everything you can away from every experience you have. And especially, with so many bands and even labels out there, you have to always strive to be different more and more from what everyone else is doing. I still strive for this, even though I’ve built up an identity already with the label.

You’ve mentioned, in passing I believe, that the contemporary Bay-Area scene, or at least that of the last decade or so, is more interesting to you than the 80s thrash scene. Would you say that, with the onset of a huge doom and death revival, and with the resurgence of USBM, thrash metal has lost its place as the genre’s most influential driving force?

I definitely think so, I guess because I’m really not a fan of contemporary thrash metal and for the most part I think it’s a joke.  For me thrash metal died pretty much in the late ‘80s (and that’s being a bit democratic here haha) although I dig some of the creative thrash bands that made it into the early-mid ‘90s like Coroner for example. But yeah, thrash metal these days is really underground in a scene dominated by more quality extreme metal. But who knows, maybe there will be a slight revival?  I dunno, personally I don’t see it happening anytime soon even though some of the old thrash metal guard that are still around (like Testament and Overkill for example) are still selling records today pretty well, and are still packing shows on tour.

What are some of the label’s artists that you would say are being completely underrated at the moment?

Right now, the one I can think of right off the top of my head is a new band I’m working with called Psalm Zero. They just have one album out but what they are doing is unlike what anyone else in heavy music is doing today.  So that’s one that comes to mind and hopefully with the new stuff they are working on now, more awareness can be built with them and people will recognize their genius. Another one is Castevet, even though they are now disbanded (since Andrew is coincidentally focusing on Psalm Zero), they were so ahead of their time musically and no other band in metal could even parallel with them. Castevet were the kind of band in which their albums (only two full lengths released) will make the top ten on best-of-metal lists ten years from now.

What are some contemporary non-Profound-Lore artists you really enjoy at the moment?