I think one of the things that I'm going to have to figure out as this weekly thing continues is finding my writing voice in English. Which is kind of weird because I have been writing in English my whole life, but not about music. And I think that I have achieved a kind of tempo I like in Hebrew, at least in these contexts, and I'm going to have to find one in English as well. So, this is a work in process, both in terms of the content and its style. I'll try some things out, if it's not cool, go away. See? That was a good one. As always check out our ongoing interview series, this week we had Have a Nice Life and Caina, and follow us (well, you know, me) on Facebook, Instagram, Spotify, and Bandcamp for the complete and utterly redundant Machine Music experience (recommendations/news, more recommendations, playlists, and our compilation album, respectively). There's also a Patreon to support all this — what's the word — idiocy, but my calculations have led me to believe that one one in 100 people will do that kind of thing, so, if you're that smart an superior individual – here it is. The idea for these things is: 10 songs, five other facts, and one last, dunno, thing. Oh, and check out my Albums of the Decade and The War Inside My Head interviews series, they're the best thing I have ever done.

1. Gråt Strigoi – "Absent of Light, Absent of Life" from Alt Dette Har Skjedd Før, Alt Dette Vil Skje Igjen (Independent). Some people love it when that sweet, sweet song comes up on the radio, the kind that makes you roll your windows down and sing. I'm that way with atmospheric black metal, which has become, with time, the melancholic synthpop of metal. And Scottish duo Gråt Strigoi just put out a debut album filled with the goods: despondent lyrics, field recordings of wind chimes, and those etherial riffy songs that just make you want to curl up under the blanket with a nice demon. Great songwriting, great performances, great atmosphere. 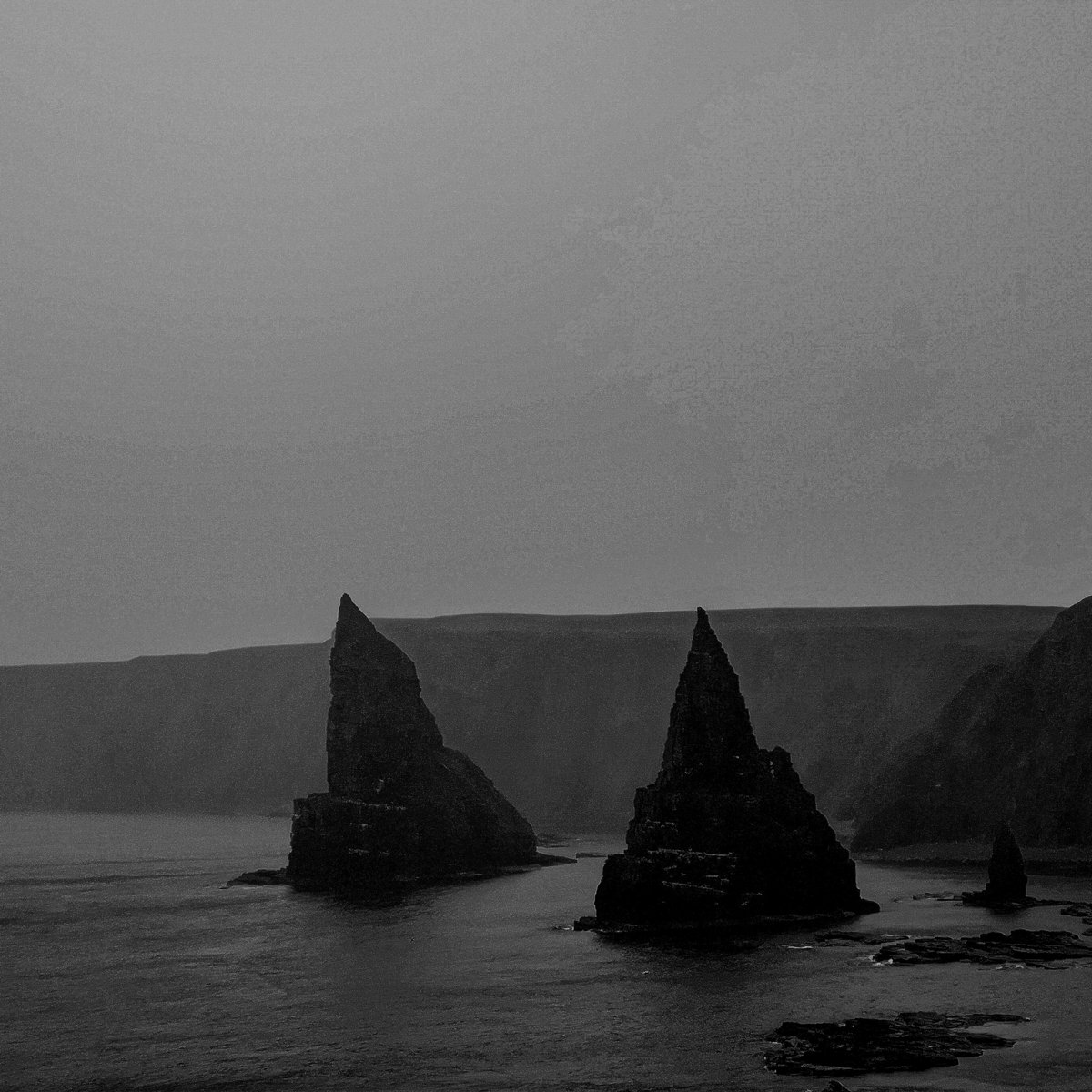 2. Chthonic Entity – "Drained" from Reassembled in Pain (Carbonized Records). Annoying consonant sounds aside, this is a death-metal supergroup doing the right thing, at the right moment, and, most importantly, joining the "shit is gold" album title contest alongside Immortal Bird's Thrive on Neglect (possible AOTY), and Portrayal of Guilt's Suffering is a Gift. But regardless, this demo bringing together members of Blood Incantation, Spectral Voice, Funebrarum, Abysmal Dimensions, and Ascended Dead is just good, plain, reverby death metal done right. Another great death metal demo in a year pack with those. Riffs and shit. Pretty much. That last sentence wasn't good enough. Gonna keep at it. 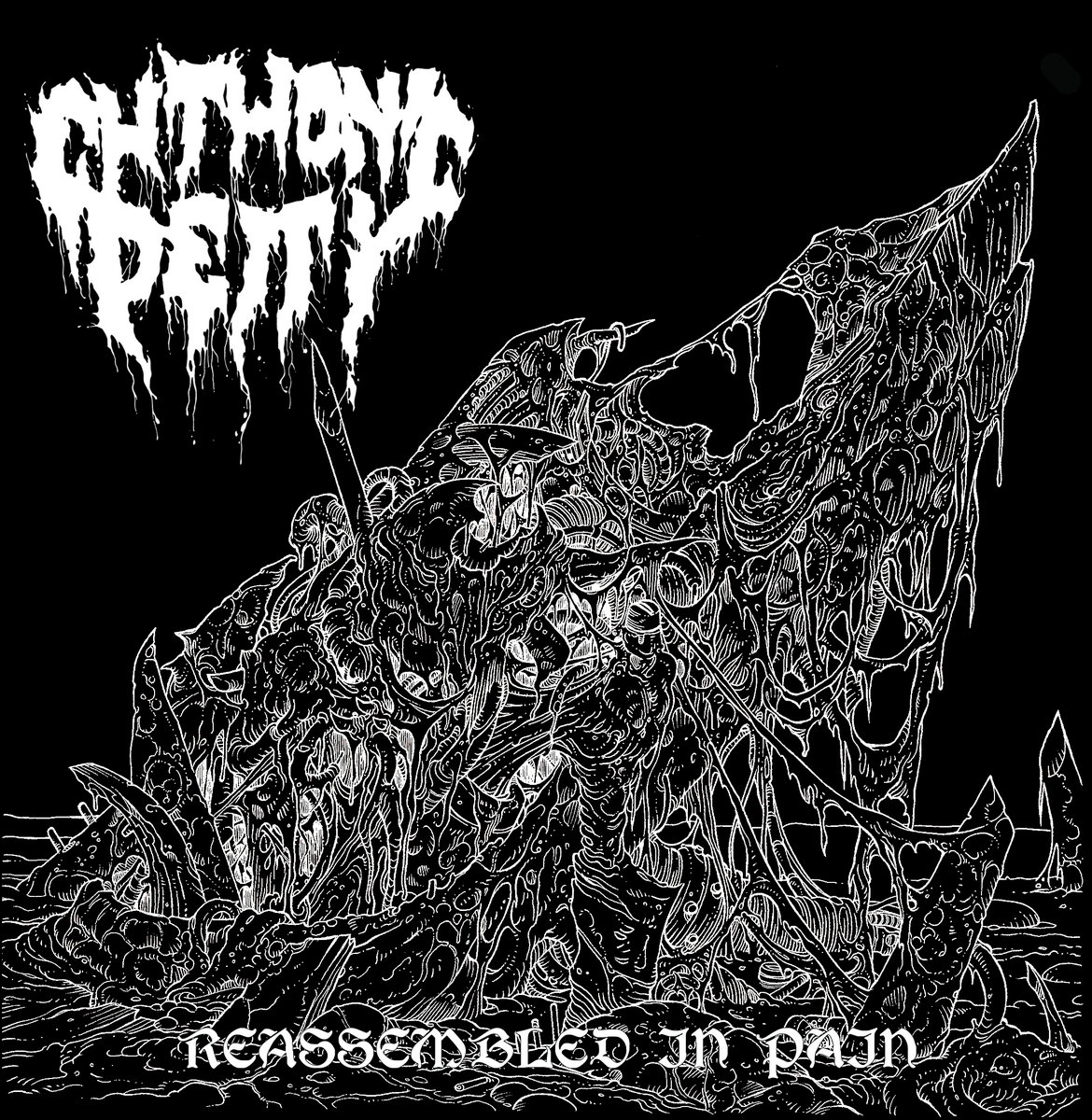 3. Gruzja – "Królowie Zwierząt" from Jeszcze Nie Mamy Na Was Pomysłu (Gods of War Productions). So, I probably should avoid writing about the same band again and again, but then again the same band shouldn't be releasing two albums in the space of a few weeks and have them both be brilliant. Bizzaro, creative, black metal from Poland that is so brilliant you almost miss the fact that it includes a very important from my favorite Polish black metal band ever, Odraza (who, incidentally, already agreed to participate in my Albums of the Decade interview thing only to later blow me off, so fuck their talented asses). But, any way, just brilliant, creative, savage music. The best kind there is. 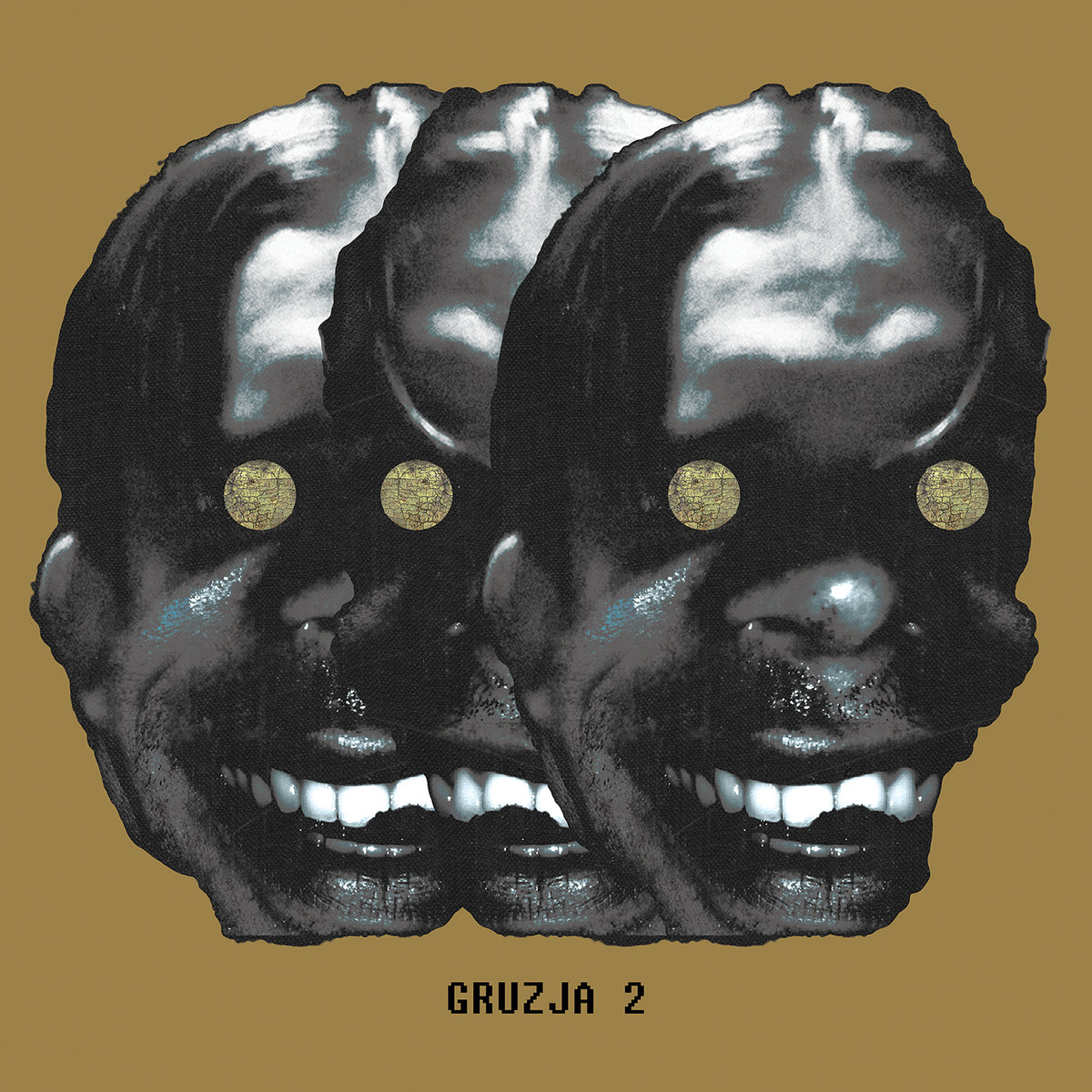 4. Scare – "Full Amore" from Not Dead Yet, Probably… (Independent). Québécois hardcore/screamo and oddly somehow sludge band Scare have written a good, melodic, and harsh song. That's it. I've never heard of them, don't know who they are, they might be huge in, I assume, Quebec, but this one song available from their upcoming second album is just pretty. And look at that art, I mean. Look at it. Pretty. 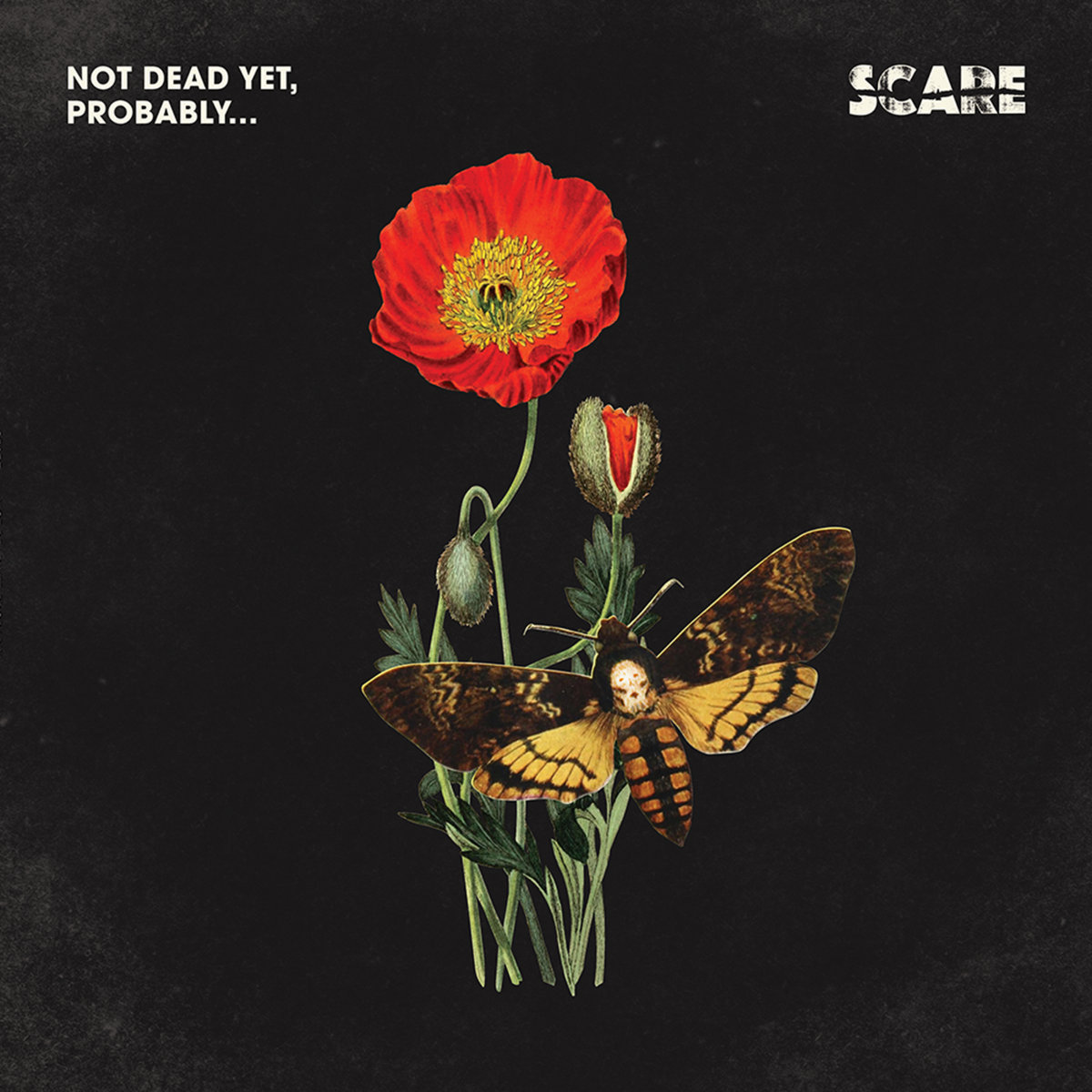 5. Wraith – "War of Aggression" from Absolute Power (Redefining Darkness Records). This has been sitting on my make-believe desk for a while, after coming as a recommendation from a member of the great Israeli black metal crew Dim Aura. Sitting I am no more. I mean, I am. Just not figuratively. That rare instance in which a thrash/crusty band is evil, very evil, very good at writing songs and solos, and sounds heavy. Most importantly, it doesn't automatically send to some thrash cache in my brain. It just sounds good and fun and direct and great. 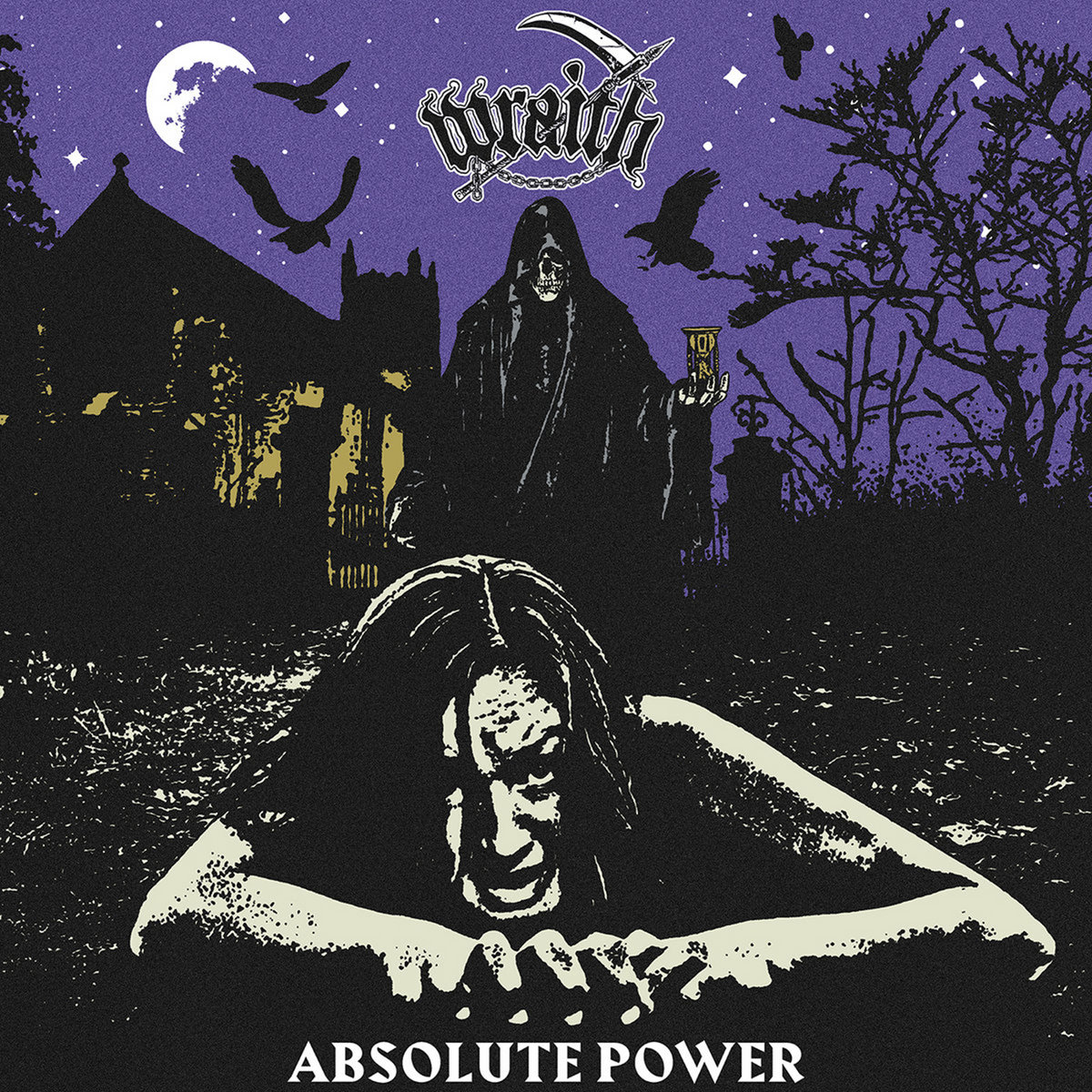 6. Nephilim's Noose, "Execution//Resolution" from Rites of a Dead Merchant (Independent). I could have chosen any song off of this weird, unique death metal album, honestly I could have. They're all good. a one-man band from the (insert useless adjective) Rockies that blends a goth/new-wavy vibe with some serious death doom, which makes for a wonderfully unsteady yet coherent atmosphere which then serves as that lettuce they put under chicken wings for the riffy chicken wings. Super heavy, super viby (if that's a word) and just a great straight-out-of-nowhere release. Artwork: Bilal Cabal. 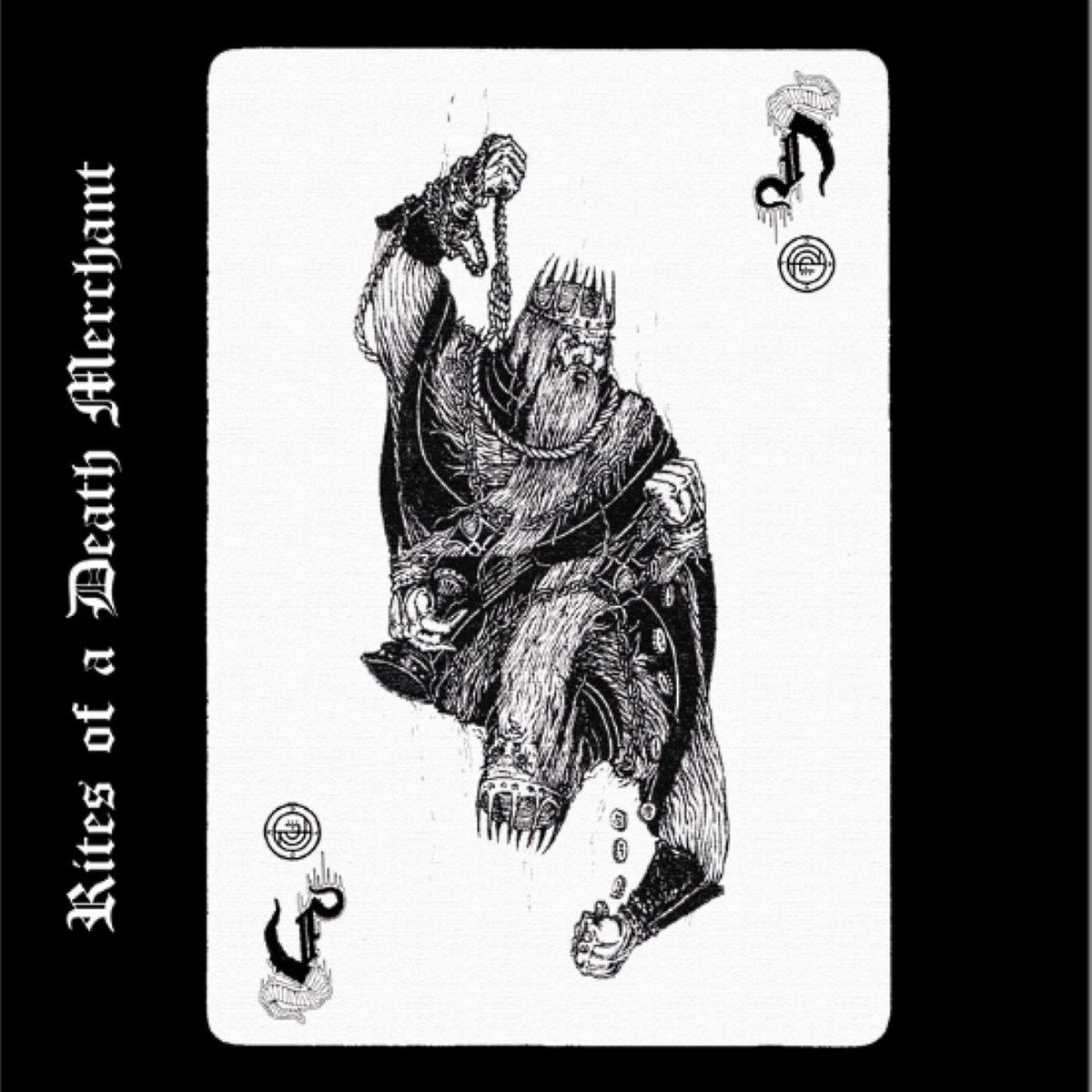 7. Ghost Spirit – "Rome" from Hourglass (Independent). I'm a sucker for screamo, and have been since that wild, perfect Orchid album. And I'm a sucker for mathy, nerdy Faraquet/Cap'n Jazz type weepy hardcore too. So guess how I felt when I heard a band that melds the two perfectly into one screamy-weepy-gangly-snotty mess. Very happy. This is just a great, pretty album filled with great, pretty melodies and the deep sense of emotional exhaustion. Lovely, and already mentioned on the weekly release recap on our Facebook page. 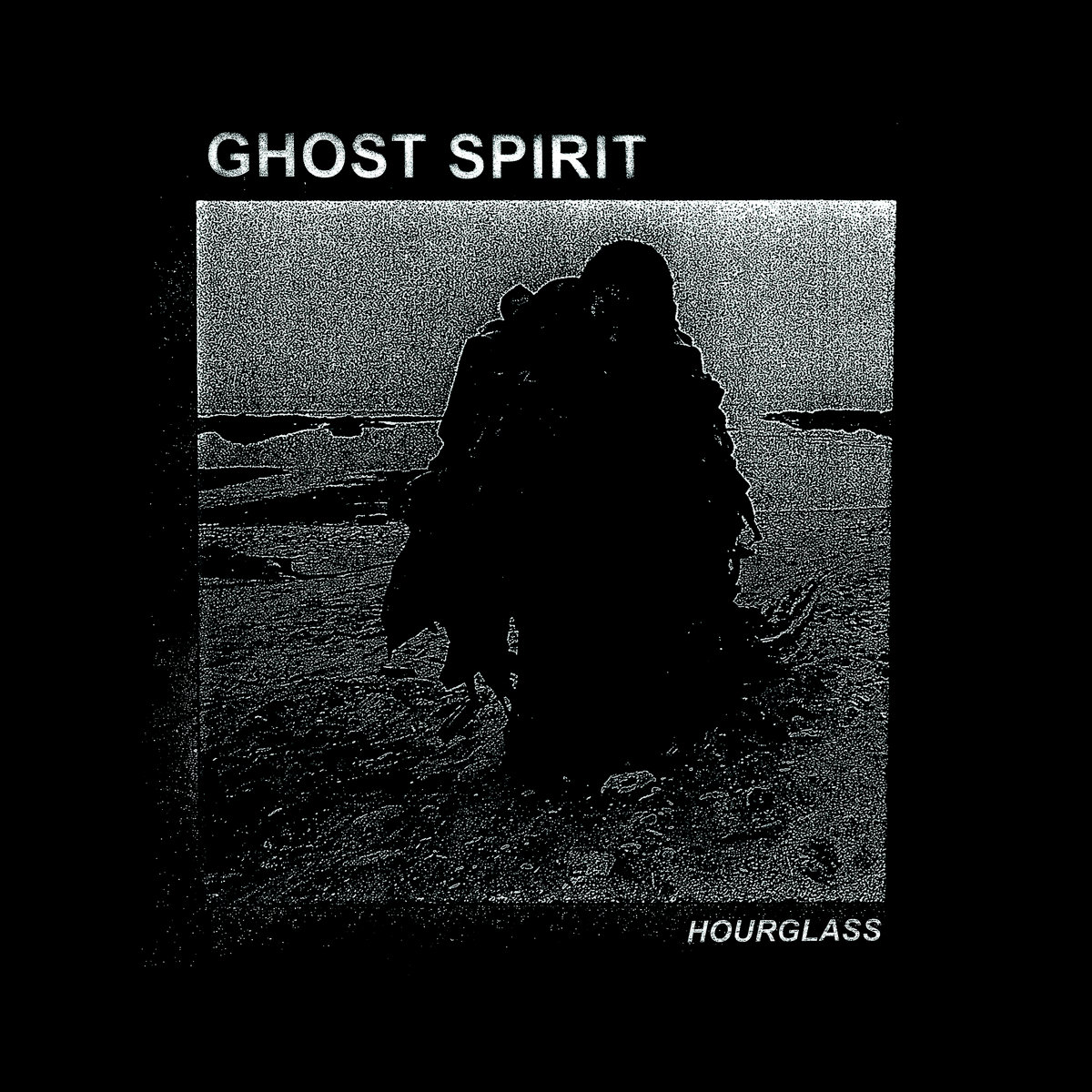 8. Ploughshare, "Abreactive Trance," from Tellurian Insurgency (I, Voidhanger Records). I really didn't feel like sharing this artwork. That shit looks painful. But Australian shadow crew (code name for Encyclopedia Metallum doesn't know who these people are) are too freaking insane to ignore. Death metal riffs, black metal animosity, hardcore emotional anguish, and just that hellish shithole that is the result of all of these put together. Like watching a play, only with huge guitars and you're crying and bleeding. Glorious. 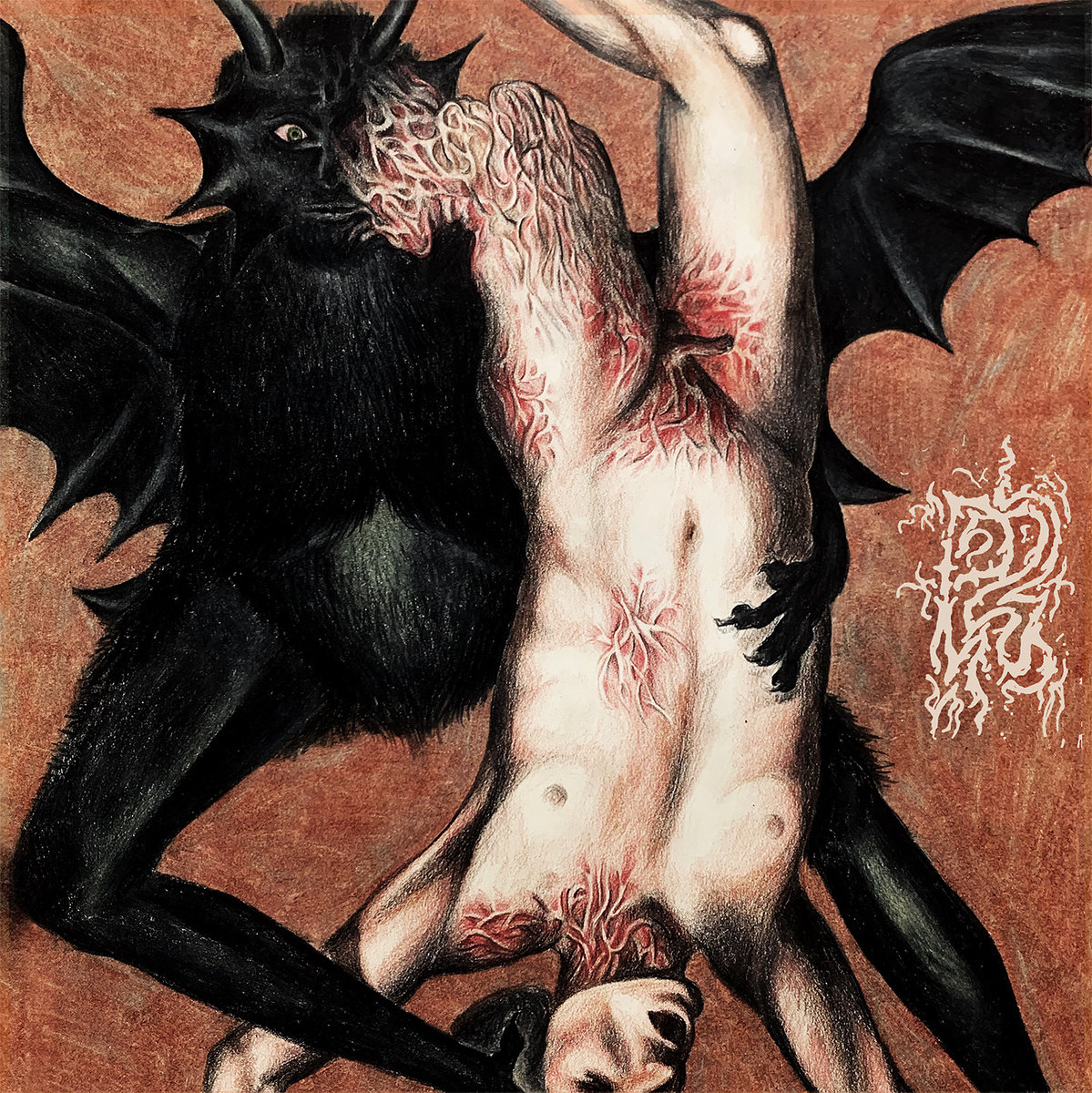 9. Sun Worship, "Void Conqueror" from Emanations of Desolation (Vendetta Records). There's post-metal, that I know, it's that post-Neurosis sludge fest in which husky men get emotional. There's also post-black, I know that too. Very slight people singing about emotions and shrieking. But I'm pretty sure Sun Worship is the first band I can think of that pulled off the being post-metal while being black metal. Said otherwise, this isn't post-black, it's black metal, but also Cult of Luna at the same time. I have no idea how they pull this off, because they shouldn't pull it off, but they do. I feel like putting on corps paint and wearing Teva sandles, or something. But great stuff. Artwork: Sunja Wortmeyer. 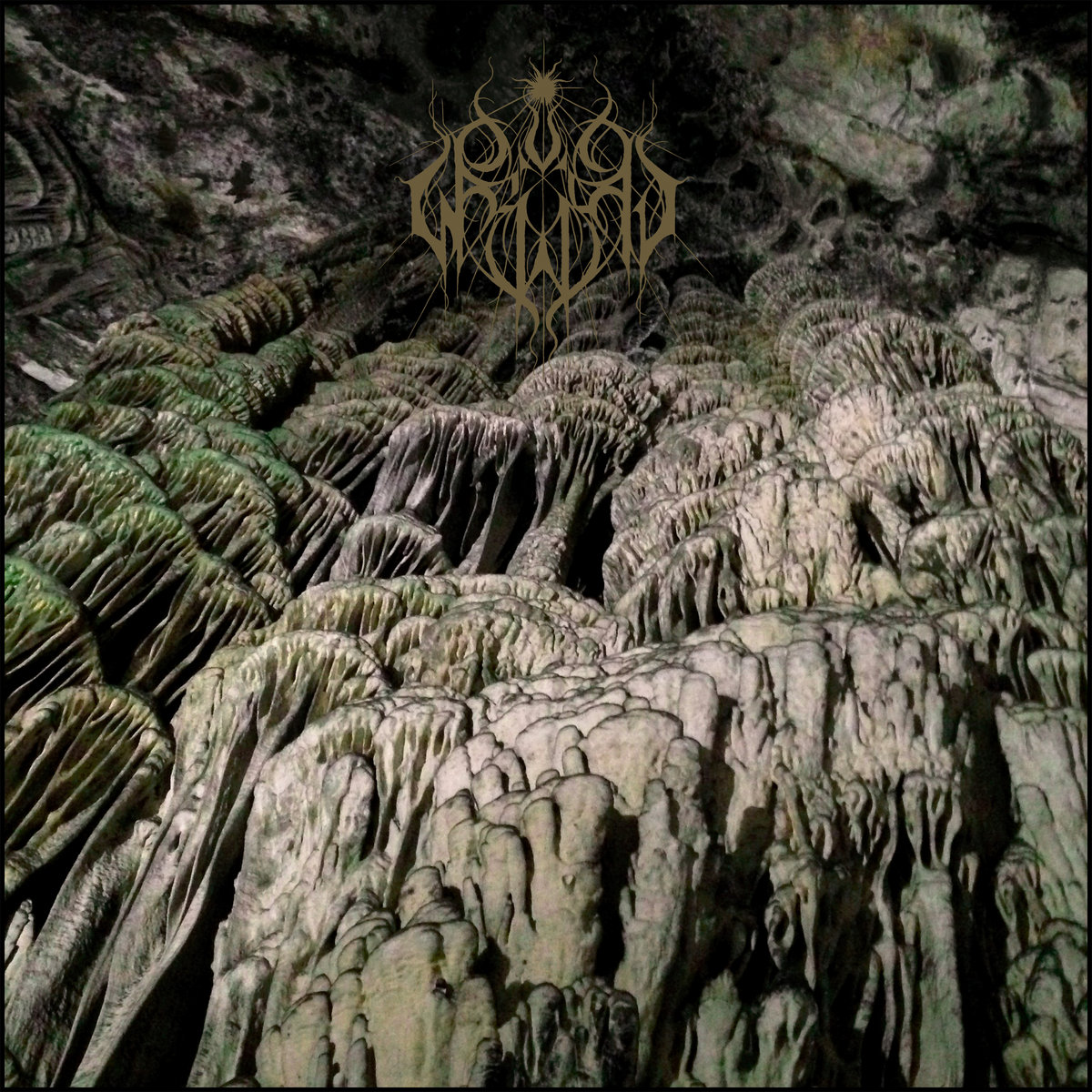 10. Teitanblood – "Ungodly Others" from The Baneful Choir (Norma Evangelion Diaboli). I mean, this came out a day and a half ago but there was no writing any list without this album. I love Lost in Vegas, they are by far my favorite music reaction channel on Youtube, and they said something once in one of their better videos, the "Holy Wars" one, that sometimes something is so great you don't have to have any idea about what that person is doing, you immediately recognize how great it is. So, I have several ideas about the kind of thing Teitanblood does – death metal, atmospherics, riffs, that stuff – and I have no idea how they do it. A death metal masterclass. 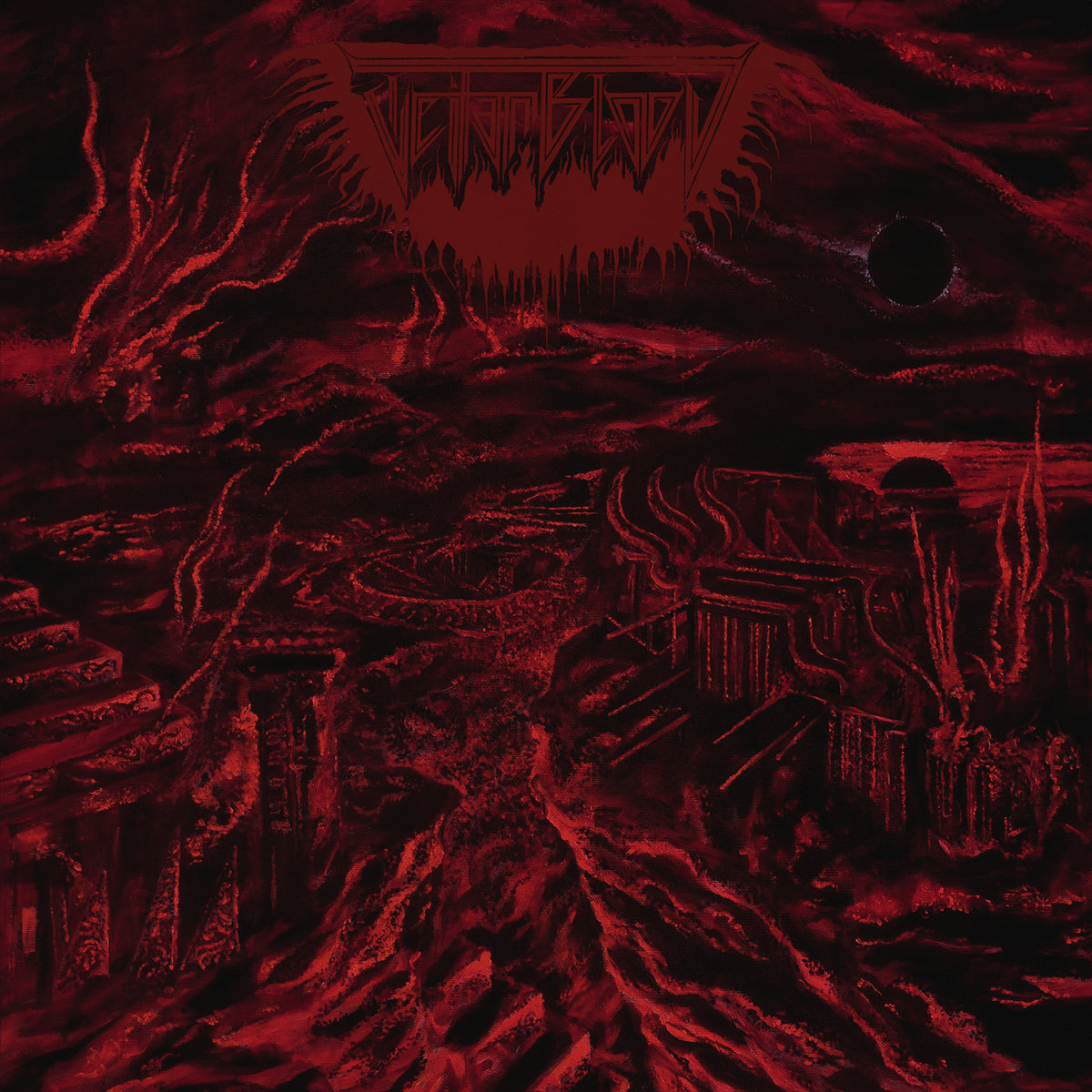 ONE – Nuclear War Now! is putting out a compilation of Grave Upheavel's demo, split tracks, and one unreleased demo. Great.

TWO – In case you missed it, the Nothingness debut is some of the best death metal you'll here this year, guaranteed.

THREE – Suffering Hour is tracking their second full-length, which makes me both very happy and sad because I might die.

FIVE – two brand new singles of note: The first by Helvetic Underground Committee associate ATEIGGÄR, the first off of their upcoming album via Eisenwald Records. Well worth you while to listen to anything else associated with the Swiss black metal collective, it's all gold.

ONE LAST THING, PROMISE: Israeli grind weirdos SCUD are putting out their demo, and it's going to crush your head. This is a song they demoed for our MILIM KASHOT compilation earlier this year.