Here we are again, in this wild, somewhat unwise experiment of mine, the attempt do downsize on the daily recommendation thing and try to focus on the absolute best and most interesting songs of the passing week. And, as always, I have no idea what I'm doing. Fun. As follow this muscle-head crowd-killing douche of a blog on Facebook, Instagram, Spotify, Bandcamp, and Patreon (MONEY!). And check out our latest installment of the Albums of the Decade series of interviews with Rivers of Nihil. And, by the way, if you feel like checkout out older installments of these just click the Recommendations sections of the menu above. Other than that, here we go.

1. Nothing Human – "Know My Place" (Single). There are many things that one cannot have too much of. Antiques Roadshow episodes on YouTube, for instance, any combination of chocolate with marzipan, for instance, cilantro, for instance, and Charlie Looker projects. Looker is perhaps one of the most important, engaging, brilliant, and underrated musicians of the last decade or so, with bands and projects ranging from the Medieval-y Seaven Teares, the avant-indie Extra Life, the quasi-metal Psalm Zero, in addition to his other compositional projects and brilliant solo albums. He has been a mainstay of the now legendary Brooklyn music scene, a scene now for the most part done with key members such as Looker dispersing to various parts of the United States. And he has been a mainstay of this blog, ever since I first interviewed him following Extra Life's earth-shattering Made Flesh and twice ahead of Psalm Zero's two albums. Now, with a new Psalm Zero album in the works, Looker announced a new project, Nothing Human, releasing a single that seems very much in line with both his most work with Psalm Zero as well as his latest solo album, Simple Answers. Crushing atmosphere, industrial bleakness, and that patent Looker wail – a rare mix of traditionalism and nihilism. Everything about Looker seems soul-searching to the point of self-surgery, and the queazy sense of reflexion and emotional gore is on full display in "I Know My Place" as well. Just Stunning. 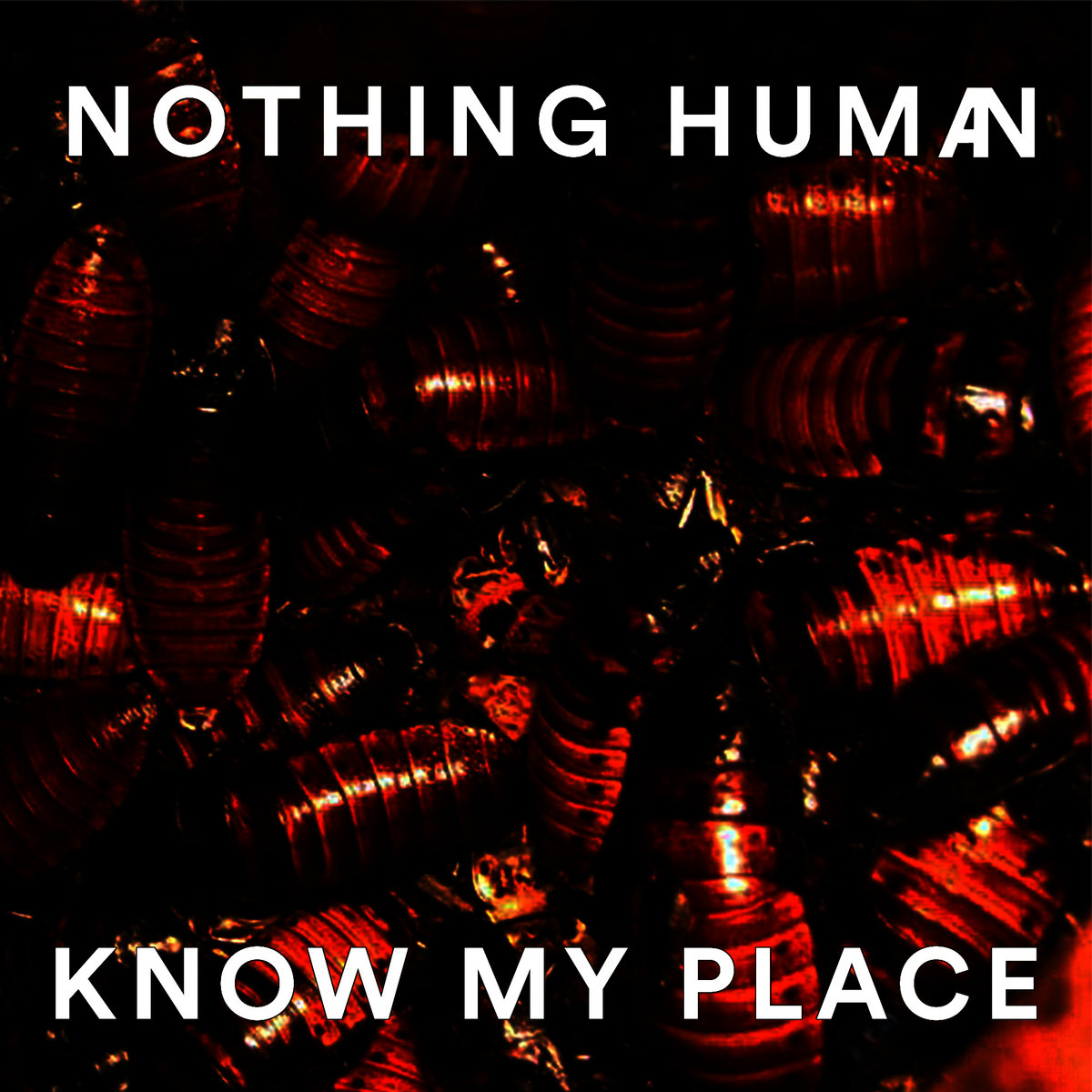 2. Holy Filth – "Defenders of the Realm," from Defenders of the Realm (Independent). Well, this is a strange one. The artwork seems to scream a kind of gothy thrash, the first part of this song sounds like a thrashy version of Celtic Frost with Fear's Lee Ving on vocals. It's exhilirating, weird, kinetic, and just strange enough to make you keep going. And then this whole melodic, almost post-metal-y bridge/interlude kicks in about midway and just launches the whole thing to a different, unexpected place. I had never heard of Main's Holy Filth, and I may not be the only one, but this is a band to look out for. Beautiful. 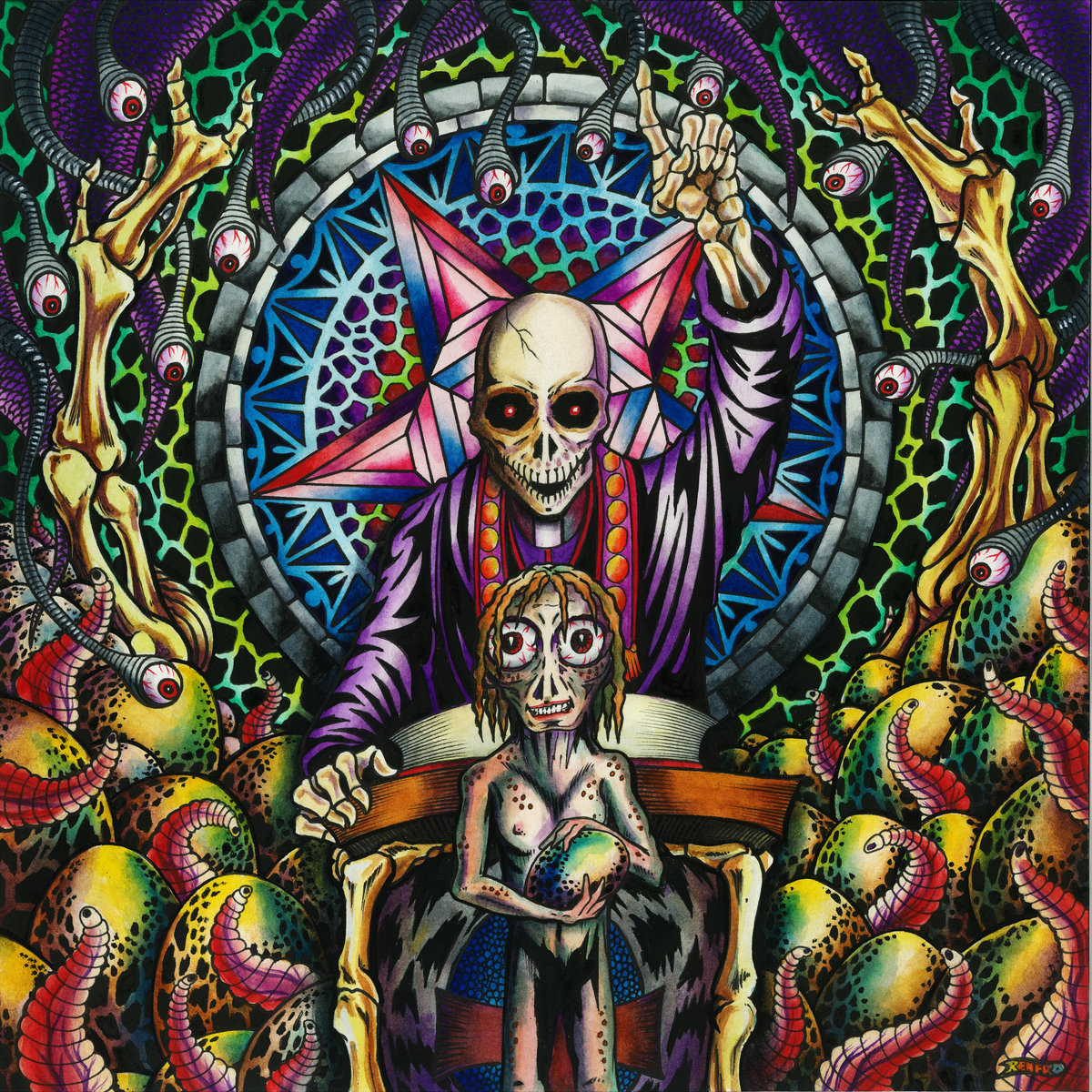 3. Bednja – "Posljednji Krik," from Doline Su Ostale Iza Nas (Transcending Obscurity Records). Well, fuck me if I know what's going on here. Another gem unearthed by the good people at Transcending Obscurity, this time a hardcore/blackgaze/black metal amalgm coming all the way from Croatia, and sounding pretty great. The vocals are hardcore to the point of almost sludge, the atmosphere is almost old school black metal, and the riffing and drumming pummel ahead in that etheral post-black/blackgaze style. Add an interesting post-rocky interlude (a theme this week, it seems) and you have the makings of what could be very interesting album. 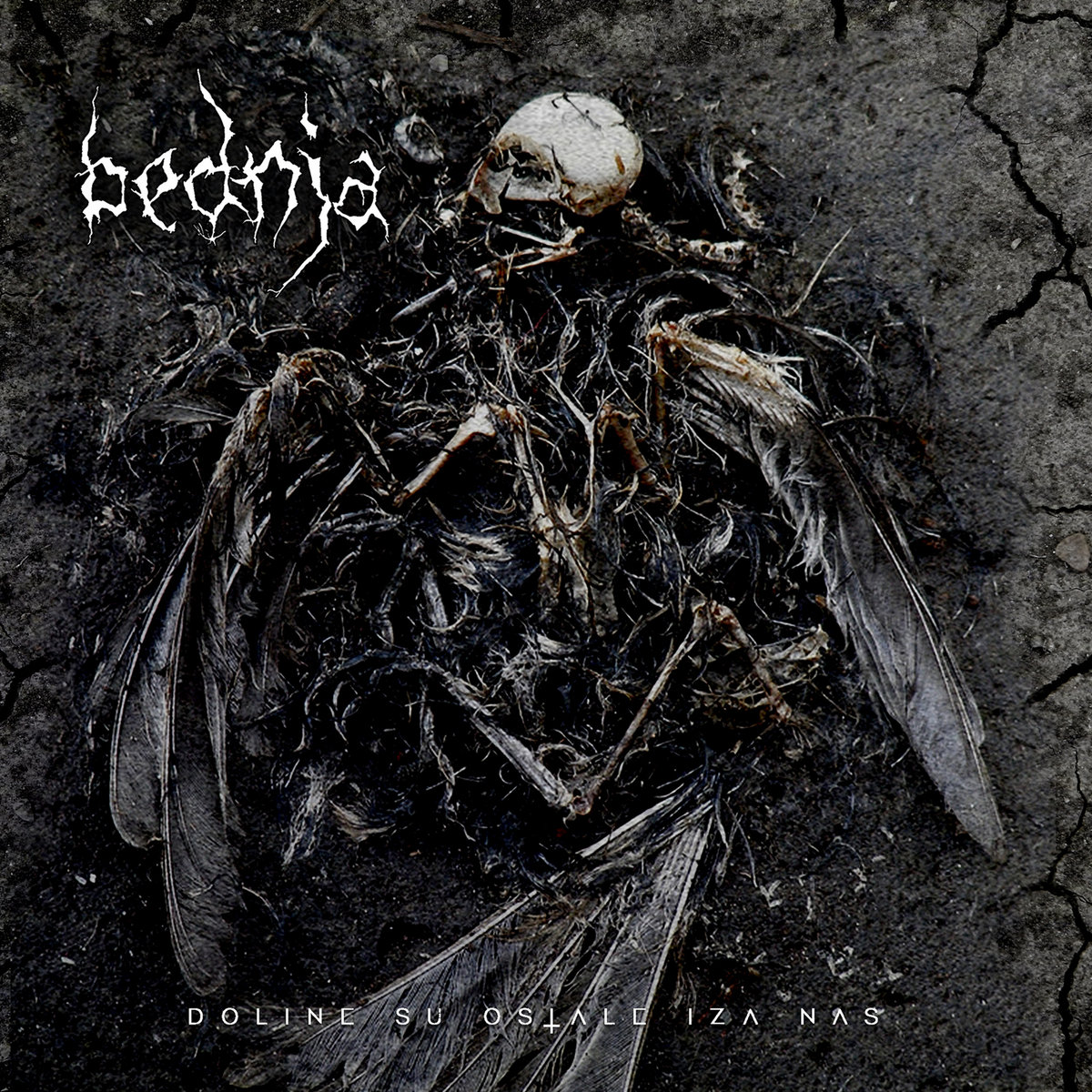 4. Opeth – "Next of Kin, from In Cauda Venenum (Nuclear Blast). It would seem that any discussion of Opeth's music requires a kind of introduction that spells out just how disappointed/thrilled one was with their post-growling music. I'm not going to say any of that, because, when compared to the majestic and mastery of their new album it all seems just a bit of petty squabbling at the foot of giant artistic monolith. That's what In Cauda Venenum is, by the way, an artistic achievement the likes of which I don't really recall seeing this year, and probably more. It marks the journey Akerfeldt and co. continue to make to the bowls of their own musical inspiration, to writing the kind of music that would inspire the youth Opeth to form, well, Opeth. And "Next of Kin," at least to me, is the shimmering highlight of that attempt, a track so heavy, so moving, and so intricate, that all you can do is just close your eyes and let it wash your brain. Repeatedly. A masterclass in songwriting, production, atmosphere, the whole deal. 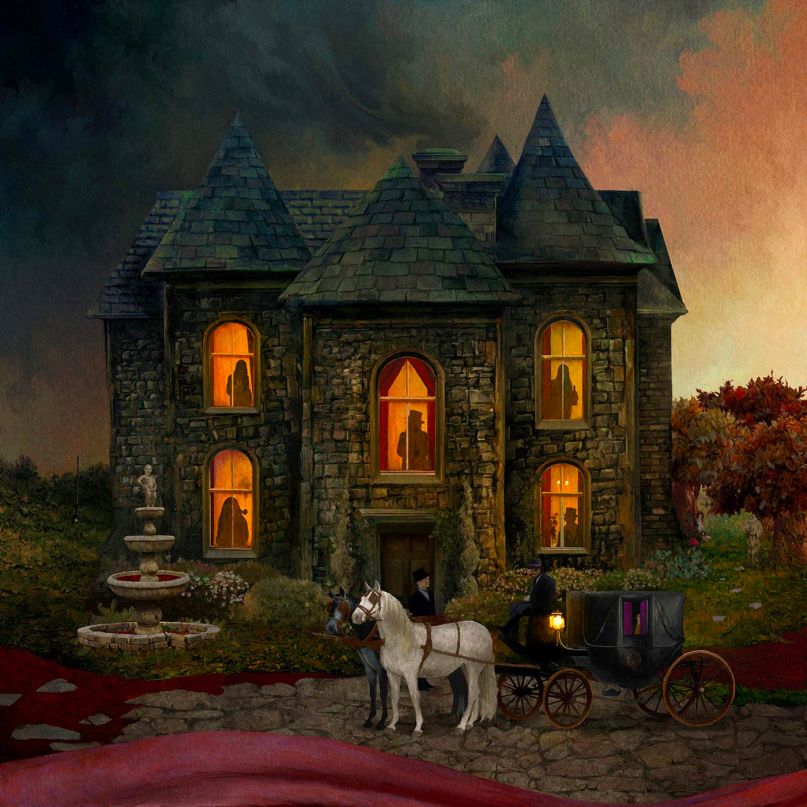 5. Navajo Witch – "Life Eternal," from Volume III: Season of the Witch (Independent). I'm not one to easily fall into the stoner/sludge thing, usually because it gets so boring so often. Repetitive, unoriginal. I don't get it. I don't get how being lazy is a genre. But then bands like Navajo Witch come along and breath new life into the corpse. Three nice fellows from Tennesee that seem hellbent on making the heaviest riffs, recording them in the heaviest way, adding all kinds of riff changes, mixing choices, and those FUCKING vocals to create a perfect blend of relaxed and intense, slouchy and evil. A great great great song, and a very interesting album, if you're looking to explore further. 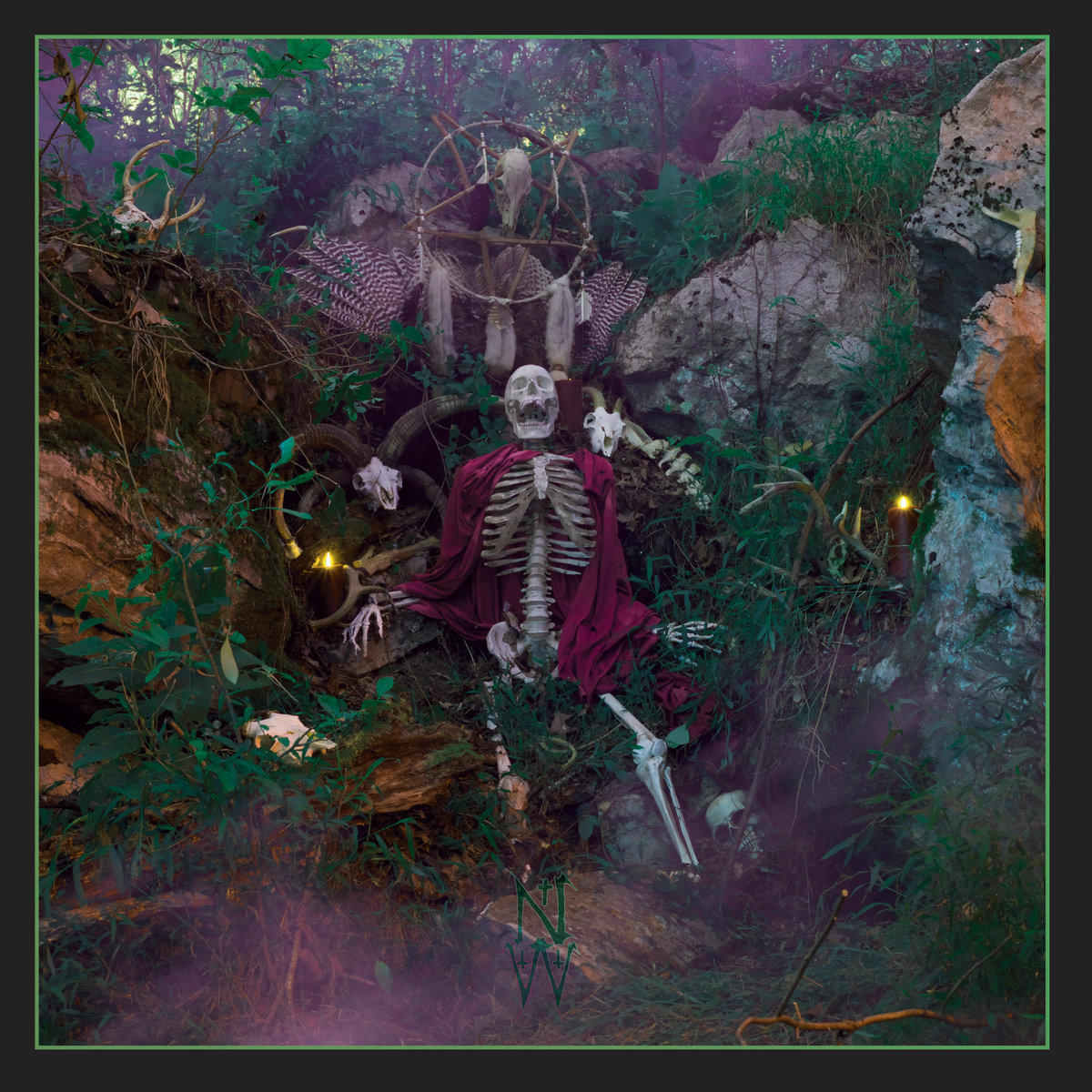 6. Furor Brevis, "Une Charogne," from Retribution (Independent). The French metal scene is one fascinating place, and Furor Brevis, the death/black metal project that came up this year with an excellent EP, is yet one more example. Combining the downright nastiness of compatriots like Fange, the skewered dissonant take on black metal from bands like Deathspell Omega, and the downright insanity of bands like Plebeian Grandstand, Furor Brevis make music that is as oppressive and dark as it is fascinating and, yes, even entertaining. Along with this little wonderfully insane album, Retribution has to be one of the most promising things coming out of the extreme metal scene in France this year. 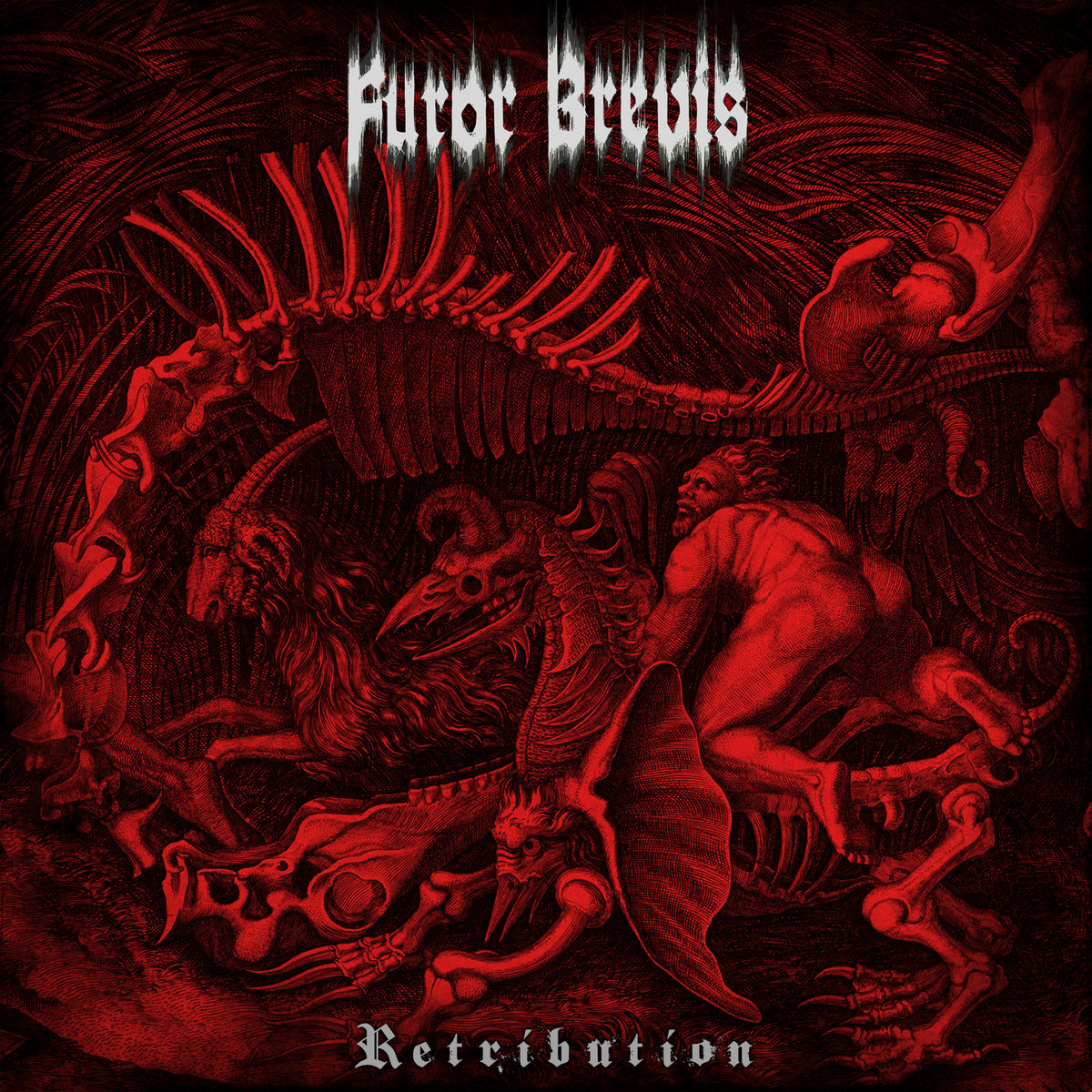 7. Dimholt – "Rellquae," from Epistēmē (Independent). A barreling pyroclastic cloud of black metal. That's pretty much it. Dissonant riffs, thundering drums, insanely creepy vocals, and on-point execution and production. I guess if I described it as "just" a great black metal album that could somehow be considered a slight, but a) it it's just that, and b) it's great at it. A Bulgarian band that just released only its second full length in a 12 years of existence, and my god was it worth the wait. This song, especially, at least for me, is just special black metal. Great stuff. 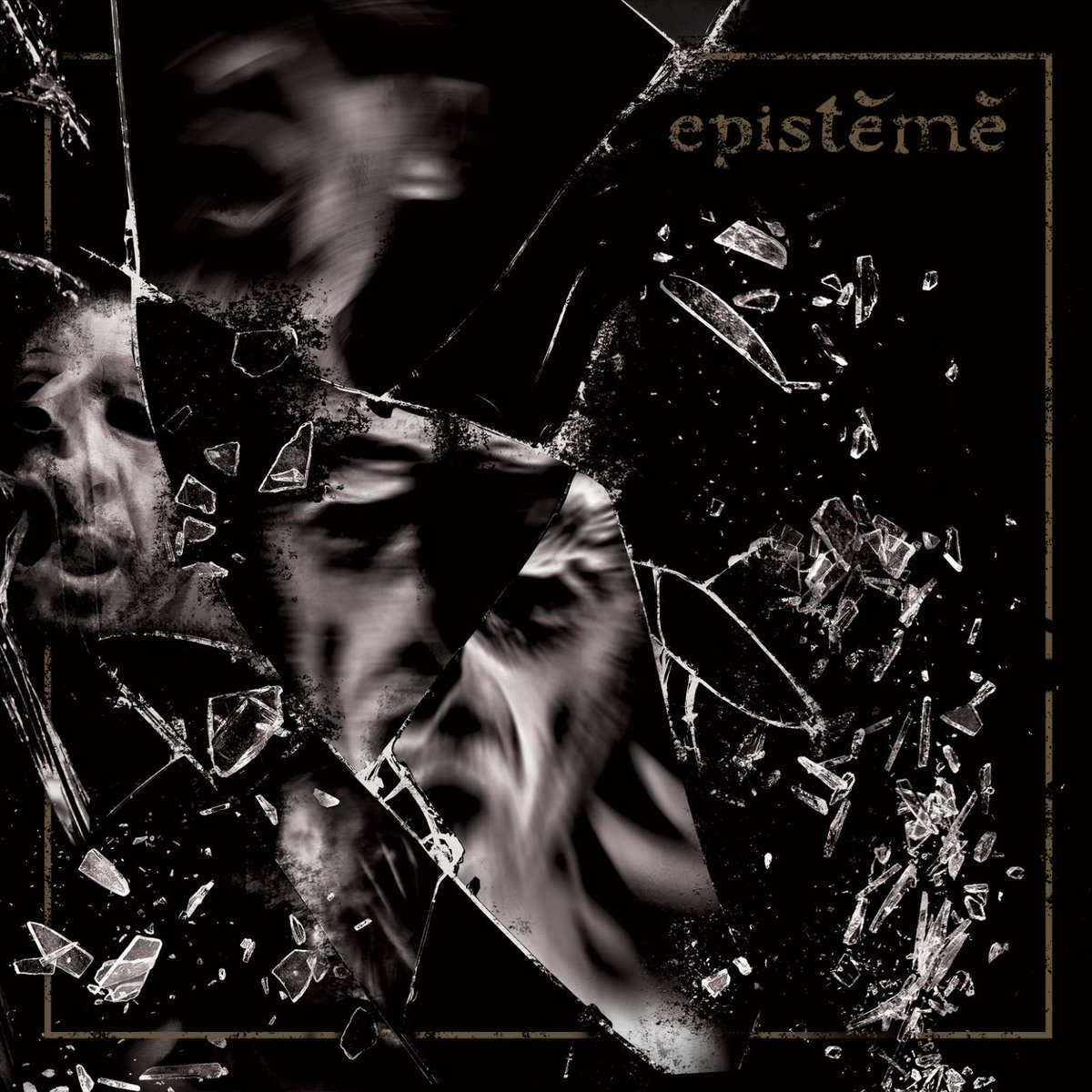 8. ROSK – "The Long Solitude," Remnants (Pagan Records). Consdiering the sheer violence and left-field nature of some of my favorite recent Pagan Records releases (Tottenmesse, Non Opus Dei), and considering the atmospheric heaviness of ROSK's debut, I was expecting this album to rip my head off. Instead I was surprised it chose to rip my heart out, delivering track after track of folky post-rock that, while obviously informed by black metal aesthetics, never steps on that dissonant pedal. At times feeling like what an Agalloch album would sound like without any of the heavy parts, the songs on Remnants remain oppressively heavy nonetheless, often, as is the case with this song, finding texture and movement from ingenious bass and drum work and wonderfully expressive vocals. If I had a lake nearby, and could dwell (one always seems to dwell near lakes) there some time alone, this would be my dusk-time soundtrack. Mesmerizing, arresting, breathtaking. 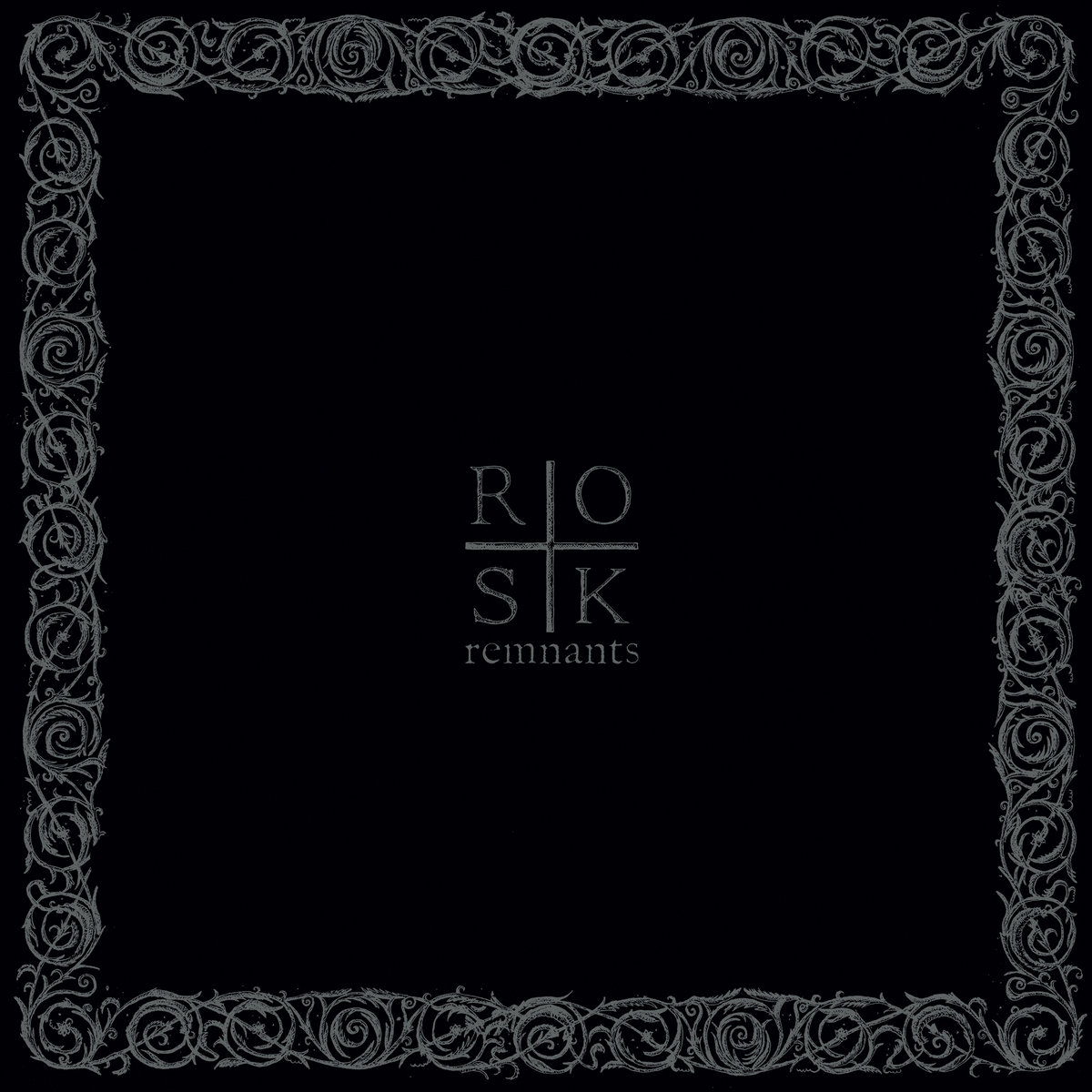 9. Kostnatění – "Jedna generace" (Bile Noire). Earlier this year I had already written about this nut-job American one-man black/death metal project, and just how many kinds of fucked up the mysterious D.L. managed to pack into one innocent looking (yeah, that's probably not right) lump of Bandcamp darkness. However it does bear repeating, both because it's still nuts and still amazing, and also because Spanish label Bile Noir has taken upon itself to release it on tape. So, come for the insane artwork, stay for the ever more insane music, and support all involved. That sounds about right. 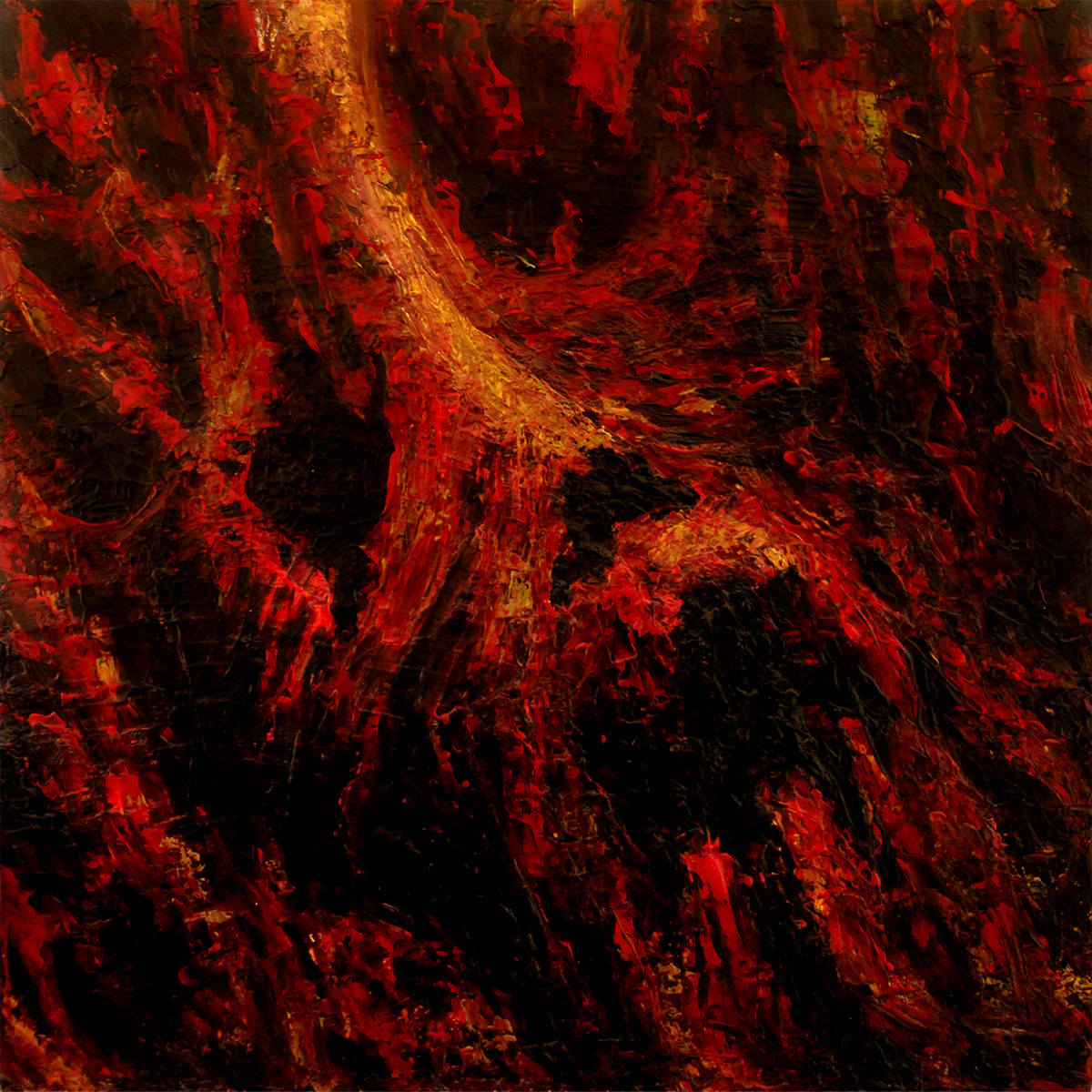 10. Raat – "Déraciné," from Déraciné (Independent). From the world of one-man USBM to the world of, well, one-man Indian atmospheric black metal. But once the assumed exotics of an Indian black metal project dissipate, and this happens quite soon, what one is left with is magic. A wonderful case of black metal flirting with post-rock melodies and ambient atmospheric and coming with something completely different from any of those categories. Relaxing, troubling, melodic, harsh, and pretty wonderful. 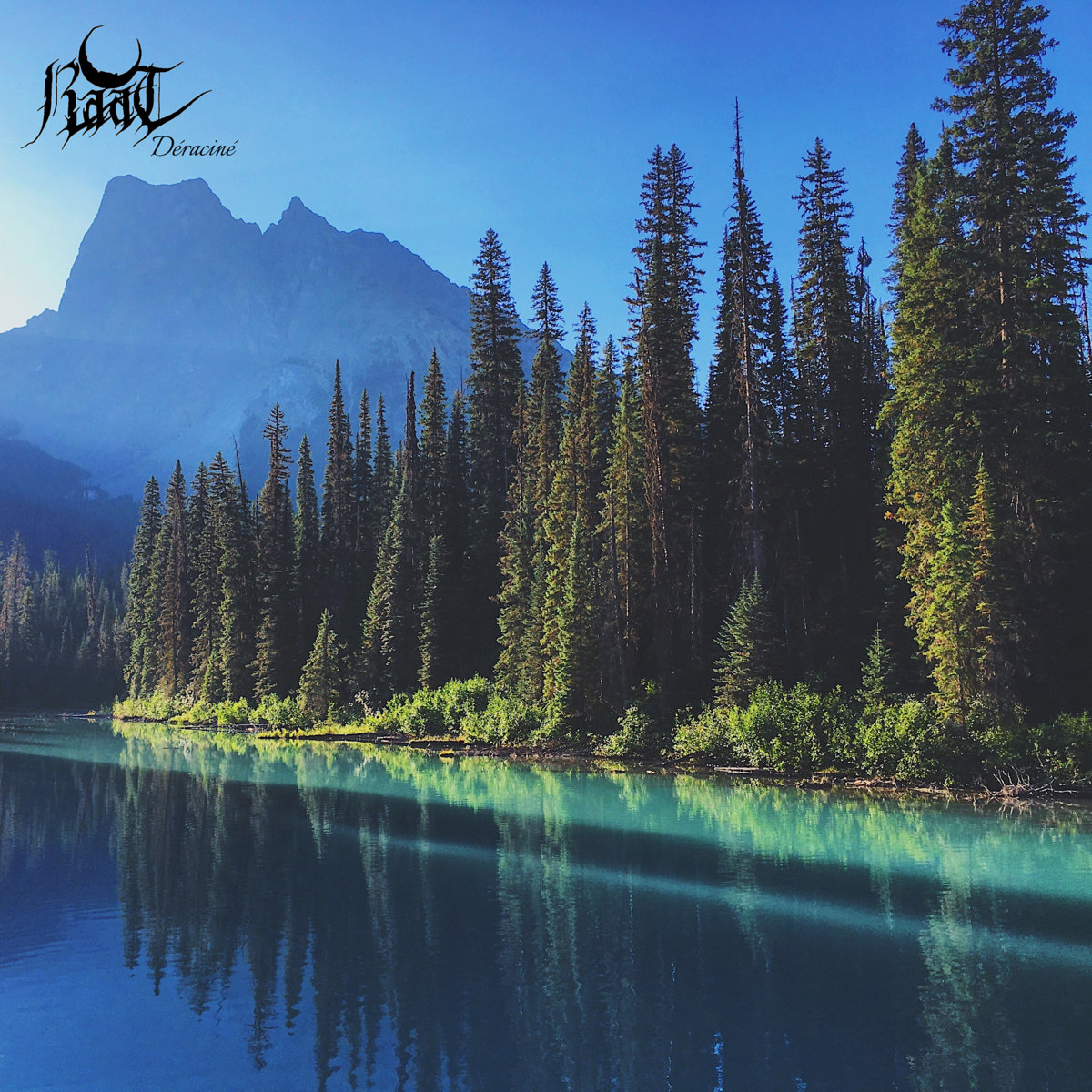 11. Nocturnal – "Nail," from The Greater Emptiness (Seance Records). The first album in 19 (!) years from Australian black metal legends Nocturnal, and yet further proof that Australians are better at metal than anyone else. A fascinating case of what seems like almost a time capsule of melodic 90s black metal (early Cradle of Filth is an important touchsone here, I feel) and modern, slightly dissonant doomy black metal. Melodic and catchy without being ridiculous, harsh without losing heart, and just a solid release, including this great song. 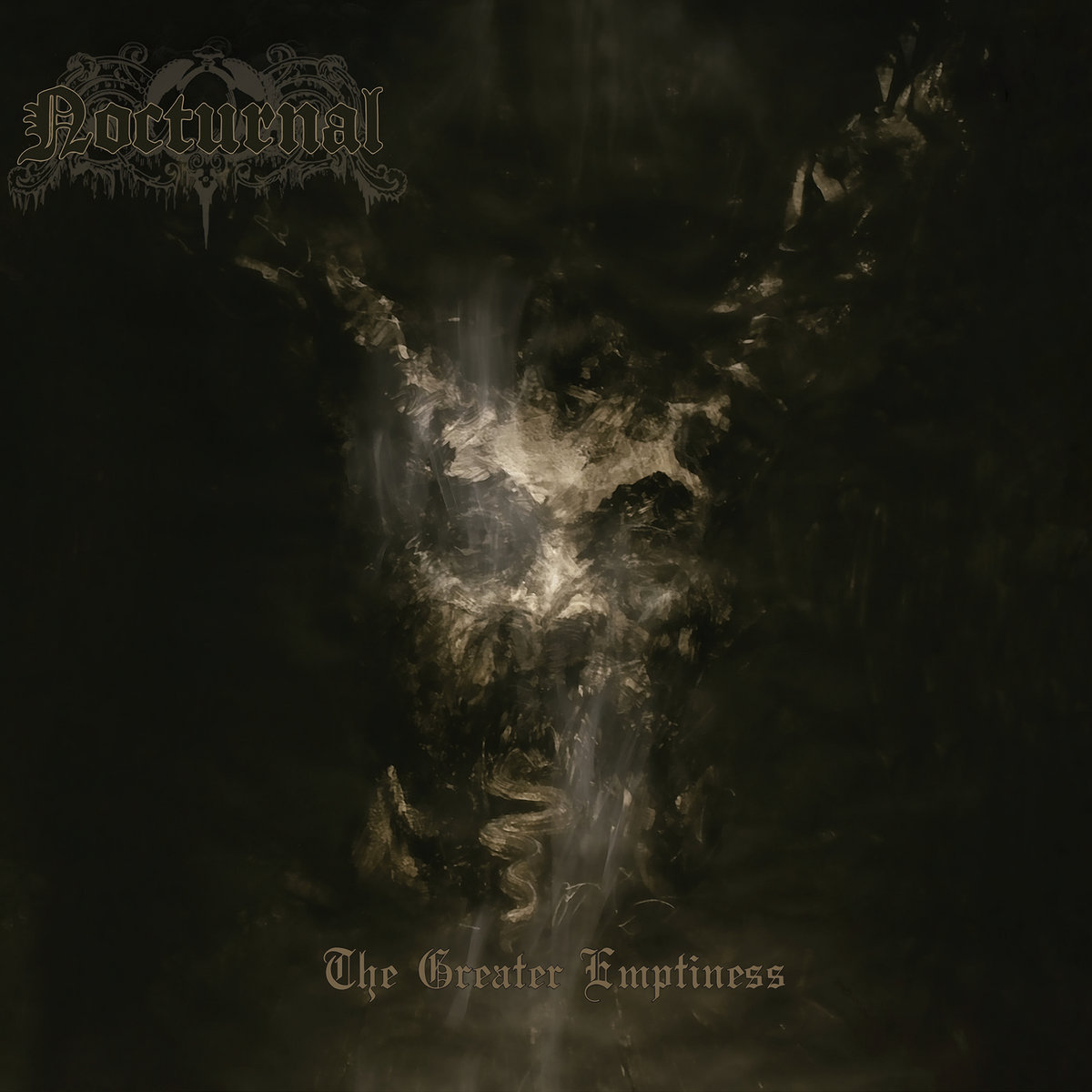 THREE – The album that made me fall in love with metal and rewired my brain for good turned 25 a few days ago. So, I'm old. Yay.

FOUR – My kids are the best, though my son fell on his face in kindergarten this week. So that sucked, but he's OK. The girl that pushed him down that sled, however, has it coming.

← Machine Music's Albums of the Decade: An Interview with Rivers of Nihil
THE WAR INSIDE MY HEAD: MATTHIAS SOLLAK OF HARAKIRI FOR THE SKY →