Here we are once again with another nine great songs that have been raking my brain matter and splattering on the shiny tiles this week. We had the pleasure of "hosting" the wonderful American post-metal/prog Forlesen in our music appreciation interview series, in case you missed that little gem. If you're even slightly inclined toward the atmospheric, majestic spectrum that flows between bands such as SubRosa, Kayo Dot, and Rosetta you owe it to yourself to check out their debut album. Trust me. Other than that follow us (Facebook, Instagram, Spotify, Patreon), podcast us (YouTube, Spotify, Apple), and check out our amazing compilation albums. And keep safe. The world is insane.

1. Kommodus – "And the Nephilim Carve Out a New World," from Kommodus (Black Metal – Independent). Last year I head the Imperial Sun Rises demo from Australian black metal outfit Kommodus and, swear to god, I really wanted to like it. The music was unique and loud, everything felt chaotic, and that cover is pretty much perfect. But something didn't really click all the way, not sure what. I kept almost writing about it, and never doing it. However their debut full length that came out a few weeks ago is a whole other story. Brutal, unique, bizarre, ferocious and, at times, such as in the case of my chosen track, ambitious and emotionally expressive. The entire album is amazing, one of the best I've heard all year, there's little doubt about that. But it's tracks like these that propel it into a whole other level. Broken majesty at its finest. FFO: Panopticon, Cobalt, Diocletian. 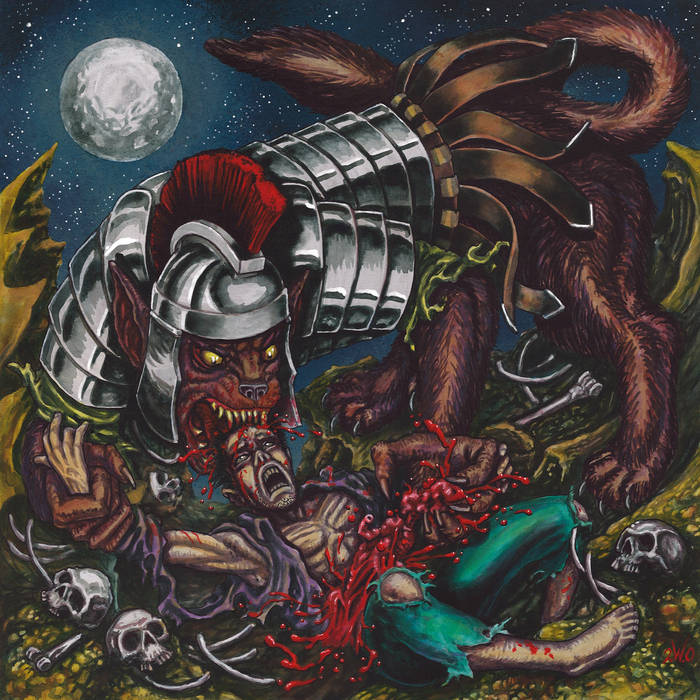 2. Invultation – "Wolfstrap," from Wolfstrap (Death Metal – Independent). And from a black metal album coming out of nowhere and storm into my best of the year here's some death metal coming out of nowhere to do the same. Ohio's Invultation are a seeming nondescript one-man project that recoded on demo who knows when (2015) and are now back with a debut EP/mini-album. That is if you ignore the fact that a) the one man responsible for this hellish delight is also the same man responsible for other fantastic projects, one of which is the beautiful black metal band Echushkya, and b) that is rips so fucking hard it's not remotely funny. Aggressive, riffy, blasting, all without being tedious or boring or samey at all. Just glorious, head-smashing death metal. Pure joy. FFO: Kever, Krypts, Void Rot, Taphos. 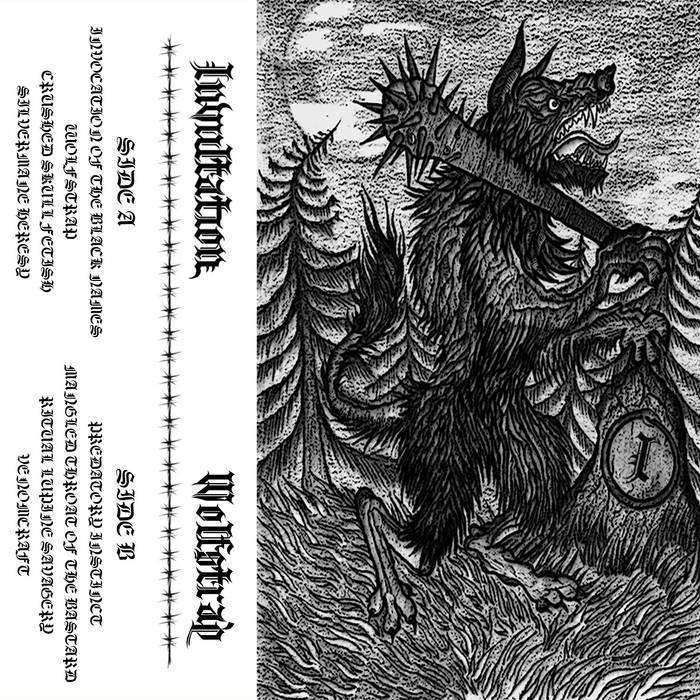 3. Annorkoth – ״Song of the Wind," from The Last Days (Atmospheric Black Metal – Independent). Well, originally this was where I wrote about what I thought was a new Danish band but turned out to be a fake band that stole its beautiful music from this Russian one-man project's 2013 album. So, fuck that guy and here's what I wrote about the music: majestic, dreamy atmospheric black metal. What more does anyone have to ask for when they can get soaring keyboards, a drummer obviously going insane, and the vocal performance of a tortured soul breaking through the sonic swamp? Nothing, that's right. I mean this stuff, generally speaking, can get pretty formuaeic but when it's good it's good, what are you going to do about it? Very good indeed. FFO: Fen, Drudkh, Pasyage d'Hiver 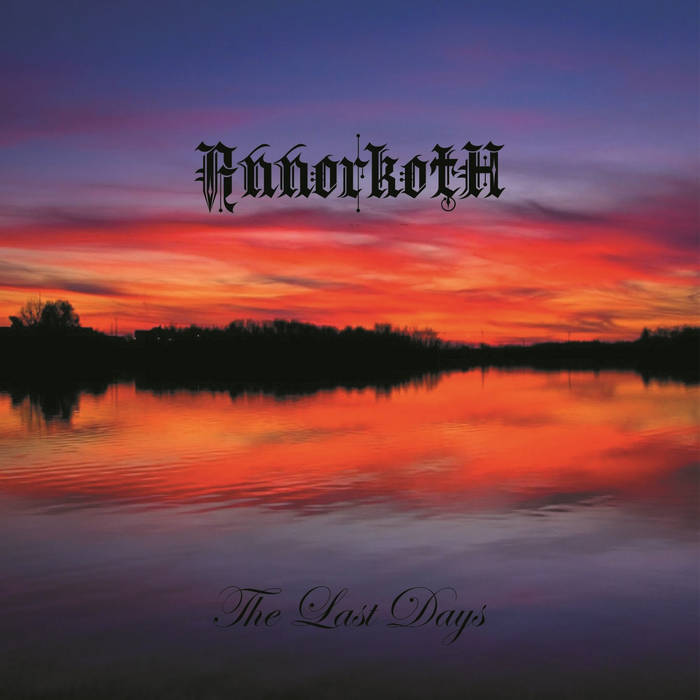 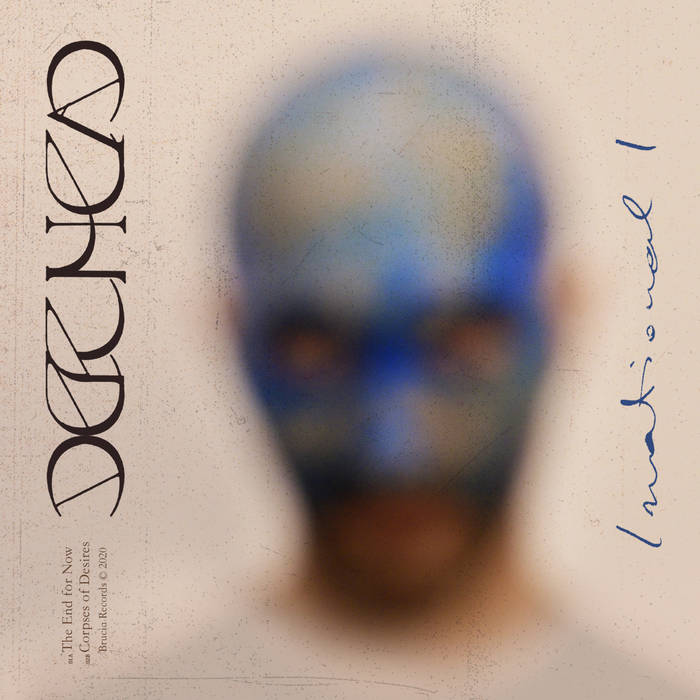 5. Vous Autres – "Vesuve," from Sel de Pierre (Black Metal – Season of Mist). Vous Autres, a French sludge/industrial/black metal duo, released one of the finest debut albums last year with Champ du Sang. It was oppressive, it was appealing, and wow was it oppressive. A fascinating, and rare, combination of black metal eeriness and sludge-like riffage. So naturally I was quite happy with them signing to Season of Mist and even happier to learn that a new album was coming. Now, with the first single released, I'm actually happiest. Not only because we get to hear new music from these talented artists but because said first single is already leaps and bounds than what was already a stellar debut. The atmosphere is much more refined, the sound design is stunning, and it seems that they have all the tools they need in their disposal to take their "astronaut lost in space" brand of sludgy black metal into, well, the stratosphere. Excused the weird mixed metaphors. FFO: Celeste, Blut aus Nord, Fange.

6. Gulch – "Self​-​Inflicted Mental Terror," from Impenetrable Cerebral Fortress (Hardcore/Metal – Closed Casket Activities). I have been following the fantastically manic and violent exploits of Santa Cruz's Gulch since 2018's brilliant Burning Desire to Draw Last Breath and thus thus absolutely happy to hear more stuff was coming, especially given it's coming through a great label such as CCA. Forceful, pissed hardcore combined with a riffing midas touch and one unhinged vocalist in Elliot Morrow. Not much to say here, really. Just press play, wear gloves, and put on a diaper. FFO: Pissed Jeans, Harms Way, Division of Mind. 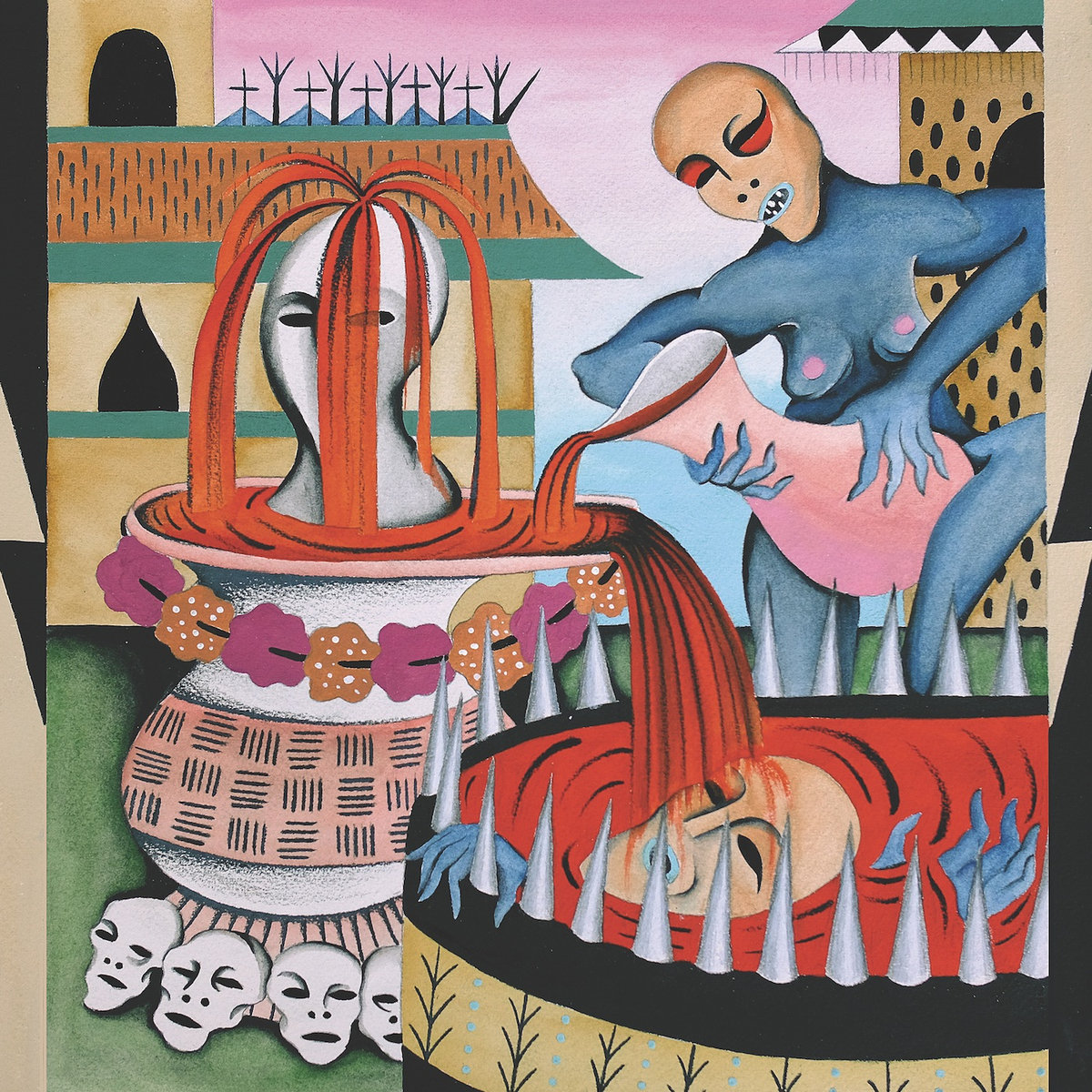 7. Verata – "For Over Still Water," from Advanced Poetic Darkness (Black Metal – Independent). Harsh black metal can be a bit of a Rorschach Test sometimes – at times you're pretty sure it's just shapeless noise, but then at other times you almost convince yourself there's some shape underneath the grime. And different bands/projects attack that balance in different ways, but I've always been partial to the kind of harsh bands for whom the noise serves as a kind of extra instrument or effect. Not overwhelming everything to the point of blocking out any melody, but not too hidden in the background. And while this demo-ish recording by new American black metal project Verata is indeed that, demo-ish, it does so many things right off the bat that I can't help but think I'll be following their future endeavors as well. Melancholic, beautiful, and covered by a fog of rusty noisy nails. FFO: Lamp of Murmuur, Somme, Thy Dying Light. 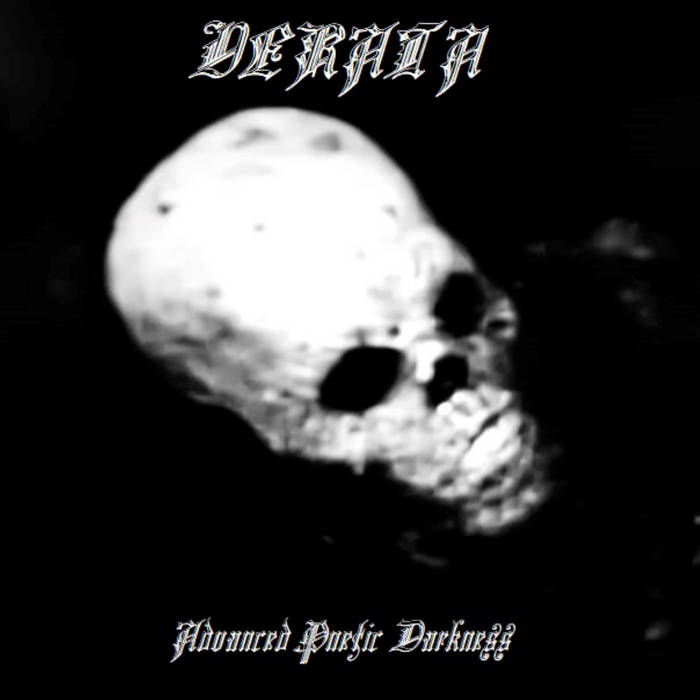 8. Khthoniik Cerviiks – "Æequiizoiikum (Mothraiik Rites)," from Æequiizoiikum (Black Metal – Iron Bonehead Productions). One of the most bizarre, musical, unique, frightening releases of the year, that would be an appropriate way to describe the new album from German black metal band Khthoniik Cerviiks. Off kilter in that manic Norwegian way (Ved Buens Ende, Bergraven, etc), melodic and grandiose in that atmospheric/post-black way, and punishing in that "my head is missing and yet I cannot stop listening to that riff" way. The track in question is a great example of a lot of these seemingly disparate qualities, creating something that is both huge and accessible. Pretty incredible. FFO: Bergraven, Kvelgeyst, Jordablod. 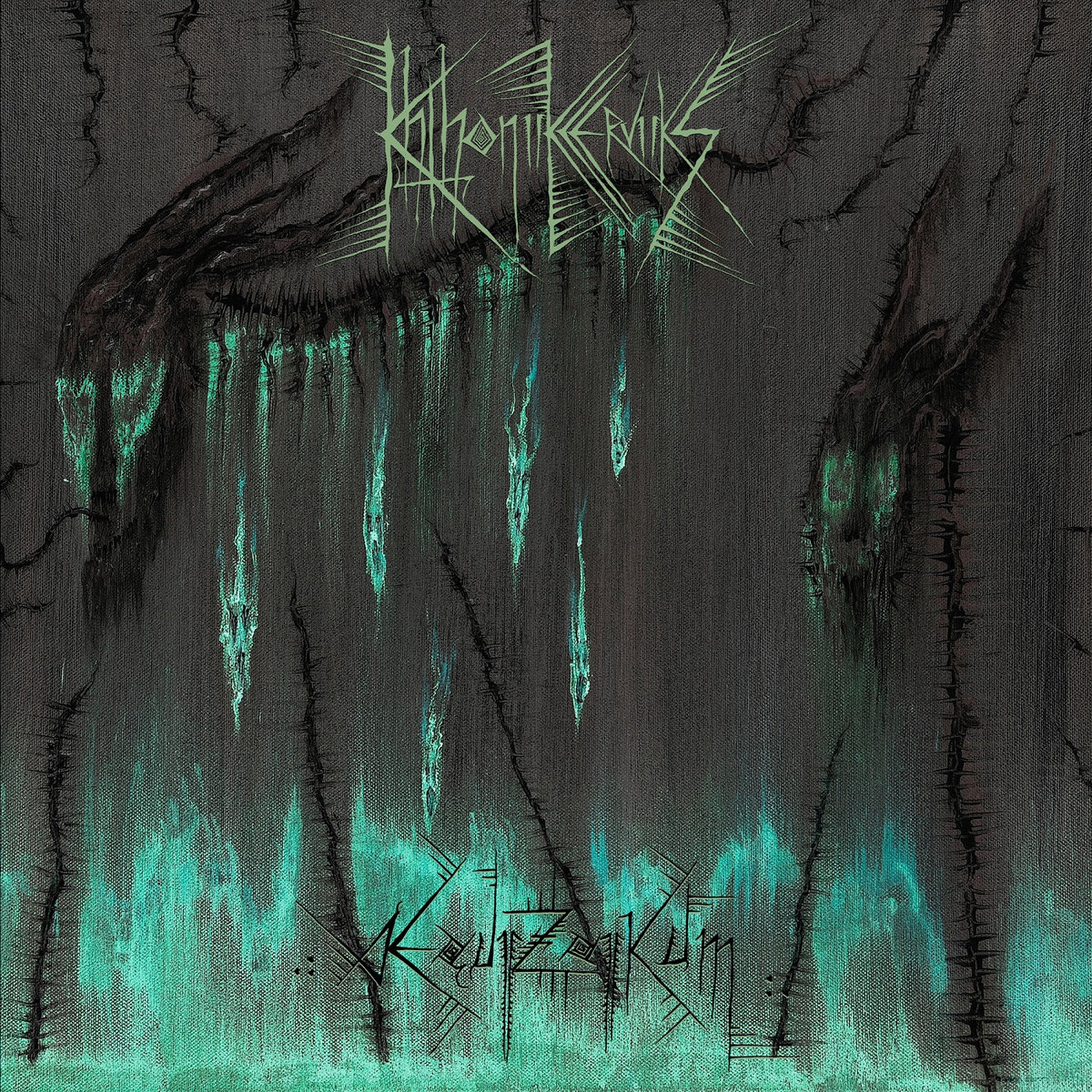 9. Fanebærer – "Morgenrød," from Den første ild (Black Metal – Nattetale Records). I was debating whether or not I should do such a black-metal-heavy post but reallty this has been the best time for black metal this year since that Turia/Fluisteraars drop. And the newest from Danish band Fanebærer is, to an extent, the cream of the crop. Combining raw, aggressive black metal with minor emotional expression and just spellbinding songwriting and execution, this is easily one of the best black metal albums to have come out all year. I should say I owe the discovery of this darkened gem to a dear read, Leonard Reibstein who just happens to be a wonderful artist as well (check out his IG here). Beautiful music for an ugly time. FFO: Turia, Verwoed, Ultha. 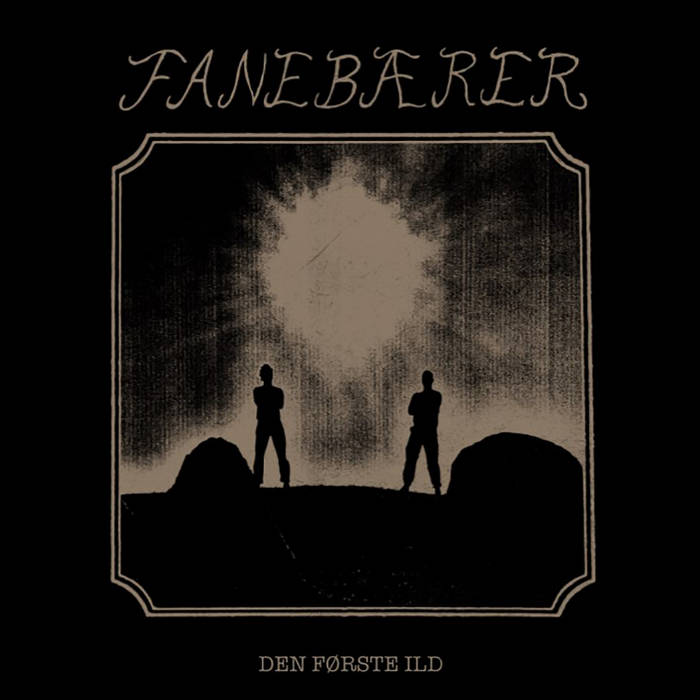 ONE – It appears Prophecy Productions is working on a career-spanning re-issue/boxset-type deal with Arctutus. Just FYI.

TWO – One of the best contemporary metallic hardcore bands covering one of the best hardcore songs ever. This came out a few weeks ago but I never got to say anything, so, here, said.

THREE – Tim Smith of the Cardiacs died this week. It's not often you can comfortably call a person a genius, and yet he was one. RIP.

FOUR – My kids claim I'm annoying. I feel like I've unlocked some kind of parenting achievement.

FIVE – Blood Harvest released a brilliant four-way split with some of the best new American death metal bands around, including two that are near and dear to my dead heart: Blood Spore and Vivisect. Do it.

ONE LAST THING, PROMISE: I don't delve into the brutal death metal pool as often as some, but two notable exceptions have surfaced relatively recently. This, and this. Get your blood on.

ONE LAST THING, PRETTY PROMISE WITH SUGAR ON TOP: Enjoy hardcore/posthardcore of the late 80s, early 90s kind? Click on this YouTube channel and there goes your day.