Another atrocious week of being alive but another glorious week of listening to music. I wonder if there's a connections there. Anyhow , our "featured programming" this week included the great honor of streaming a new track off of the debut full length from black metal weirdos Teratolith, out later this month via Brucia Recoeds. Both band and label need and deserve a shitload of attention, so hop on the "cold as fuck and cerebral as a tower black metal" bandwagon. Otherwise check out all of our past interviews, follow us everywhere (Facebook, Instagram, Spotify, Patreon), listen to our shitty podcast (YouTube, Spotify, Apple), and check out our amazing compilation albums.

1. Miasmal Sabbath – "Chaos Magnvm," from Ominous Radiance (Black Metal – Unholy Prophecies). Hailing from northern Greece Miasmal Sabbath deliver that evil-sounding, bent-backwards black-death that manages to run full steam ahead while dispersing awkward weirdness out of its strange tailpipe. It would have been easy for this group to take these songs and just go full-on cliche with them – the tremolo riffs, the vocals, they all seem to fit quite nicely in the, shall we say, Behemoth school of aggressive black-death. But by opting for a much leaner production, and for MUCH LESS gain, all the odds and ends of tracks such as "Chaos Magnvm" become disturbing instead of familiar, with the lean, emotional vocal performances mixing wildly and very interestingly with the crystal-clear drumming and all-over-the-place guitars. It all just resonates off of each other and creates a very intersting and unexpected surprise. FFO: Malokarpatan, Stilla, Spirit Possession, 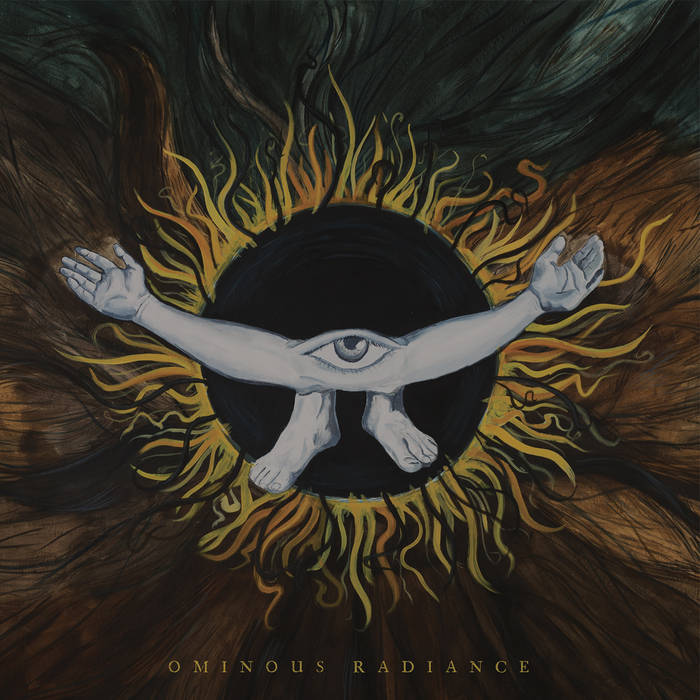 2. Yovel – "Chapter V – Epitaph," from Forthcoming Humanity (Black Metal/Post-Black Metal – Independent). Staying in Greece for a moment we have the brilliant new single from the upcoming album by Athens experimental black metal troupe Yovel. And what a fortuitous choice it is given that the band's name is derived from the Hebrew word for "ram," whose horn is an important part of the Jewish New Year's ritual, celebrated precisely as this post will be published. But etymological concerns aside, this is a gorgeous piece of vehemently political and emotionally engrossing music. Winding, affecting, just beautiful. FFO: Panopticon, Agalloch, Bull of Apis Bull of Bronze. 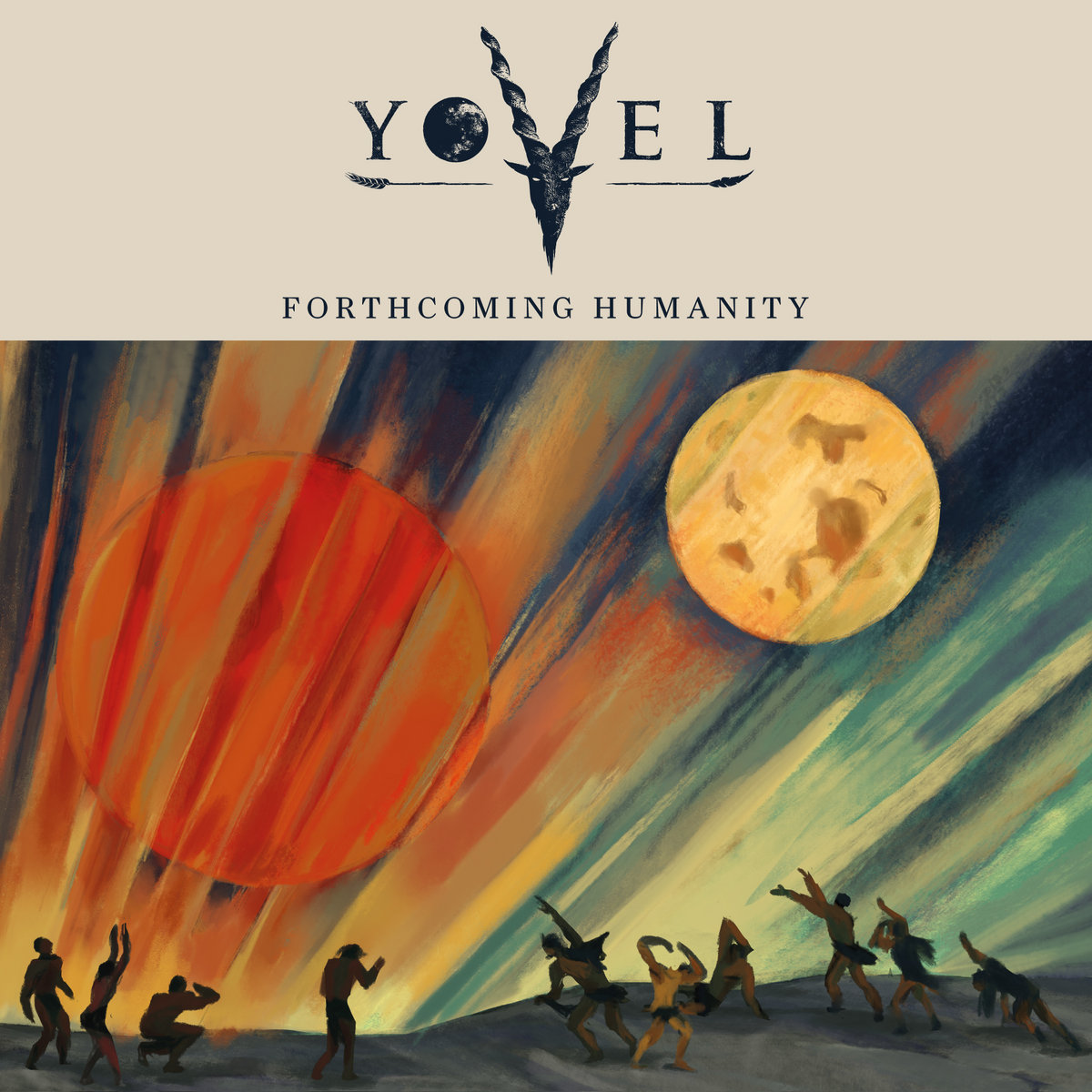 3. Gláss – "Boughs," from Wilting in Mauve (Post-Punk/Post-Hardcore – Warm Noise Records). An enchanting Dischord-ish slab of wonderfulness that appeared on my feed, I forget by whose recommendation (thank you, whoever you are). Reminiscent of several 90s strains of rock – indie, post-rock, and post-hardcore – there's nonetheless some kind of menacing addition to the mix that makes it all its own. This is wonderfully personal, strange, and idiosyncratic in a way that kind of reminds me of Chat Pile, in spirit more so than musically. Just great. FFO: Chat Pile, The Drones, Pile. 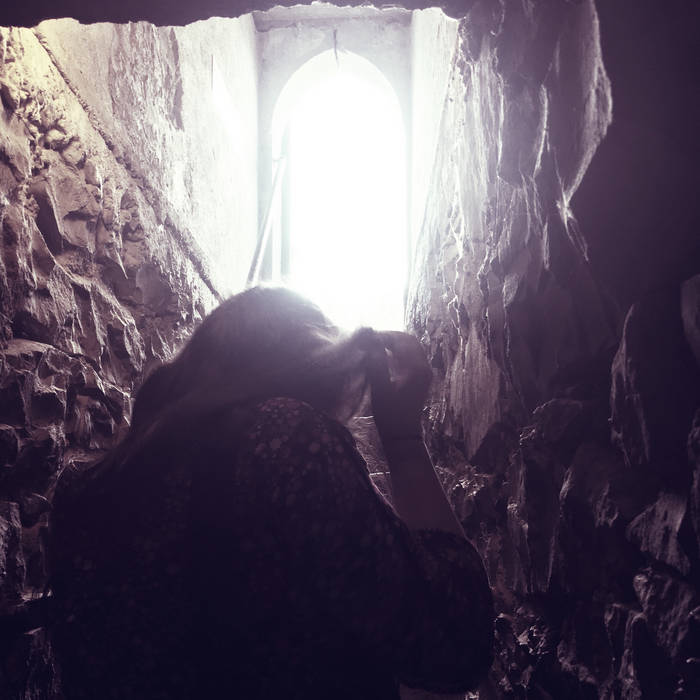 4. Into the Dirt – "My Tinnitus Puts me to Sleep," Bona Fide (Hardcore/Sludge – Smashed Wrist Recordings). Have never heard of this Pennsylvania outfit, one that apparently was alive in kicking earlier in the millennium and is neither alive nor kicking anymore, but boy was I happy to run into this reissue. So many strands of music that I love, from hardcore, sludge, the odd death metal moment, and some grindcore, all in the same place and all with that wonderful early 2000s sound that has since, sadly, gone away. Nice melodic touches here and there to raise the whole thing out of a total existential mud pile, and a very happy surprise. FFO: Crowbar, Portrayal of Guilt, Acid Bath. 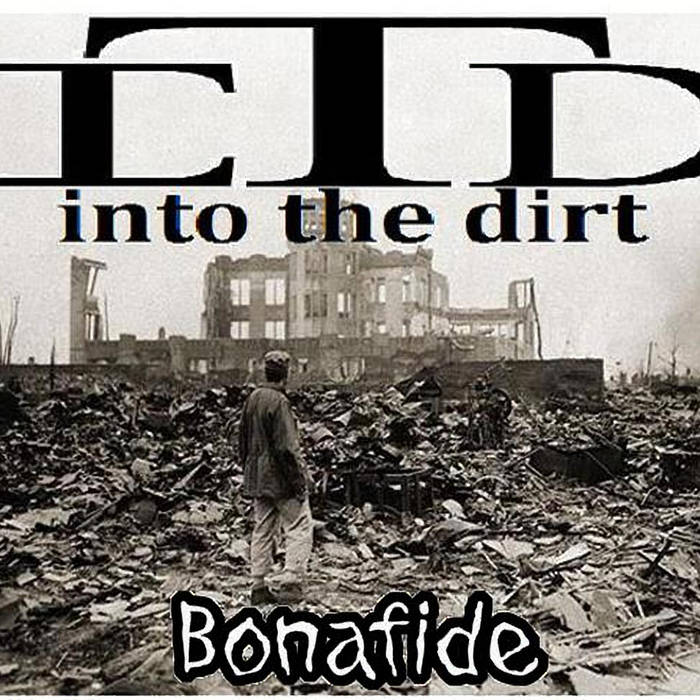 5. Nietzu – "The Simplicity of Certain Knots," from Gnosis Coda (Black Metal – Independent). Wow. What seems like a relatively new yet quite prolific one-man black metal project out of England just dropped some of the best new black metal I've heard in quite some time. To the point where I want this person to do a physical discography of everything they've ever made just so I can buy it and then look upon my new acquisitions in shame since there's no way I can afford to just buy every great piece of music that goes out there BUT dammit this is good. Vicious when it needs to be, melodic to the point of post-metal when it needs to be, and just an overall tour de force in terms of songwriting, performance, and recording. So, so good. FFO: Xasthur, Drastus, Drudkh. 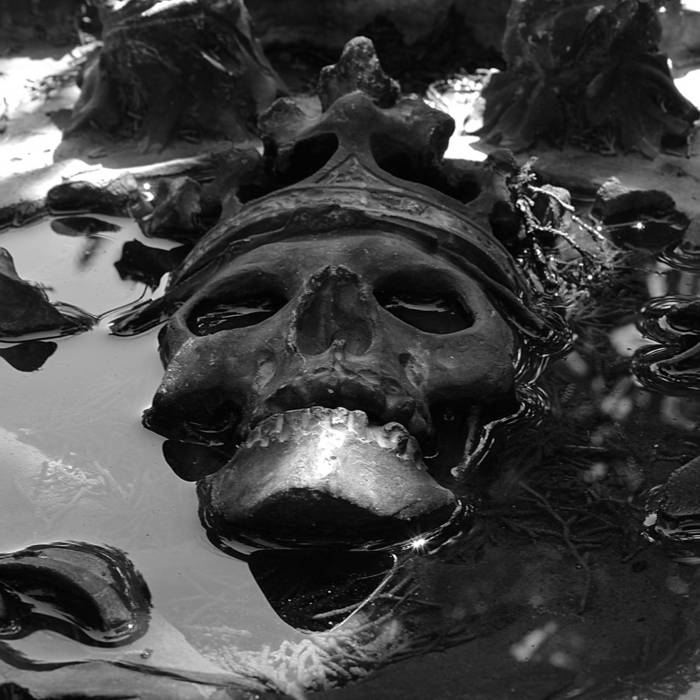 6. Of Feather and Bone – "Entropic Self Immolation," Sulfuric Disintegration (Death Metal – Profound Lore Records). The previous release by these Denver maniacs, Bestial Hymns of Perversion, not only served as further proof of their infatuation with thesauruses but was also one of the best death metal albums of 2018. And ever since I have been patiently waiting for my next does of way too many riffs in a shitload with tasteful reverb, and here we are. Finally. The first single off of their next album doesn't disappoint, finding the band trying to assassinate the air around them with gnarly sounding, and perfectly executed music. Also, not sure if I remember hearing keys (or is that a doubled guitar) in their music before but it's a very welcomed touch. FFO: Kever, Taphos, Phrenelith. 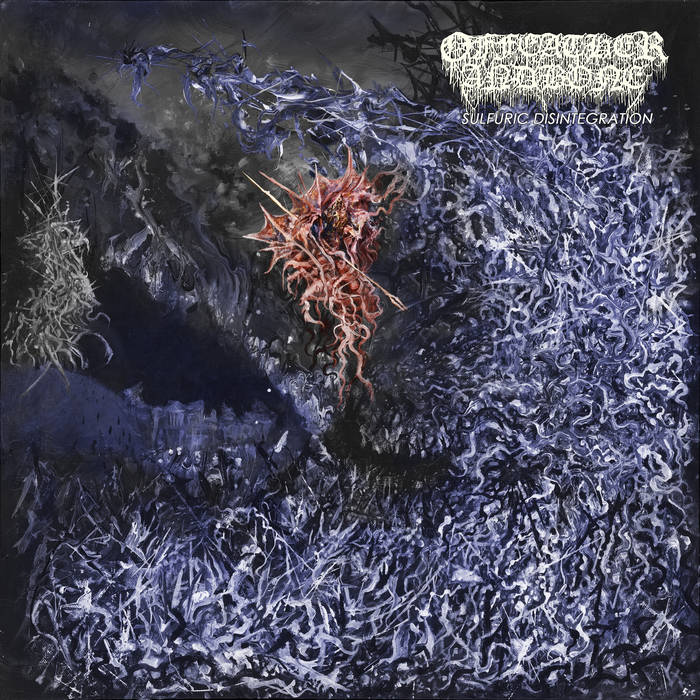 7. Sxuperion – "Death (Bussard Ramjet Malfunction)," from Omniscient Pulse (Death Metal – Bloody Mountain Records). Was I aware that there exists in the cosmos a Californian one-man death metal band by the name of Sxuperion? No. Was I aware they in fact have existed since the late 90s? Nope. Did I know they released a new record, their fifth, a few months ago? Niet. Is it one of the best death metal I have heard all year and does it make me feel like I'm trapped in space only instead of a deathly silent vacuum I'm surrounded by riffs and an insane drum machine? Quite, quite. Listen to this if you like music, that's all I have to say. Glorious, wonderful, crushing, brilliant. FFO: Blood Incantation, Tomb Mold, Cosmic Putrefaction. 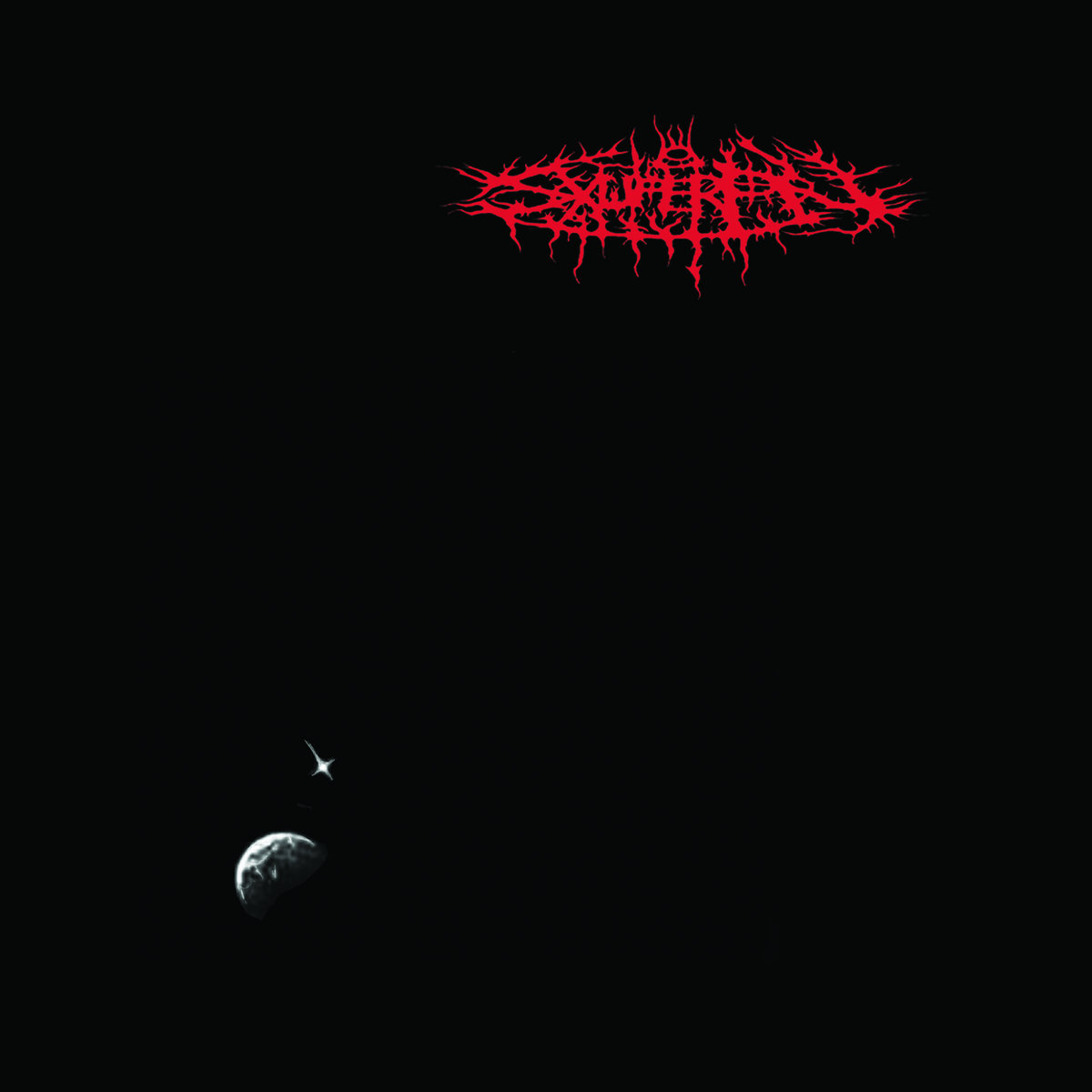 8. Subterraen – "For a Fistful of Silver," from Rotten Human Kingdom (Sludge/Post-Black – Transcending Obscurity Records). Effective, brooding, extremely emotional, and very well made sludge, with hints of some black metal, at least as far as the vocals go. And most importantly this song doesn't seem to fall into the pitfalls of so many a would be "atmospheric sludge" band – it's not one note, it has a shitload of nice little nuances and ideas, and it sounds evil as all fuck. Check it out. FFO: Indian, Minsk, Primitive Man. 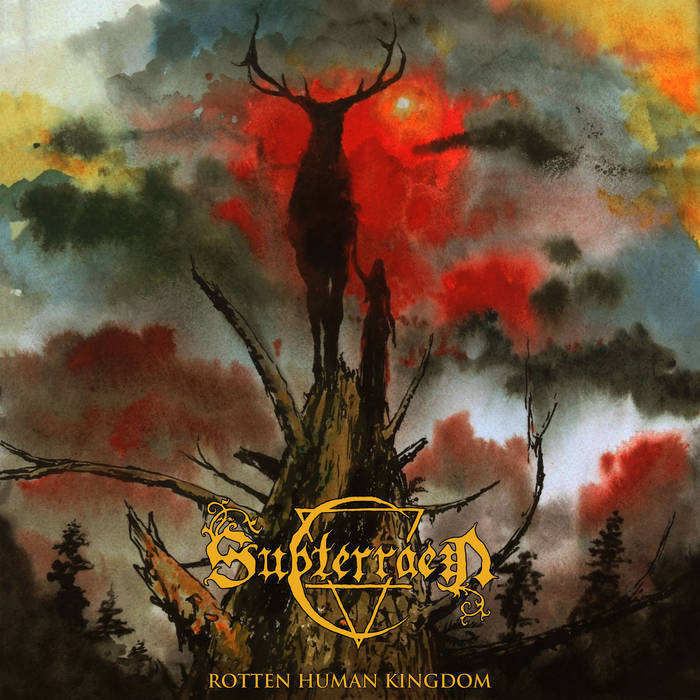 9. Kyrios – "The Utterance of Foul Truths," from Saturnal Chambers (Black Metal – Caligari Records). The first single from the debut EP from New York trio Kyrios sounds like the sweet lovemaking between modern avant-black/death, a-la Imperial Triumphant or Gorguts, and the glorious melodrama of classic acts like Emperor and Immortal. Or, said otherwise, like the American version of that fucked up, distorted, and weird experimental side of Oslo black metal pioneers such as Ved Buens Ende or Arcturus. And that's just one song! Color me black metal excited. FFO: Imperial Triumphant, Deathspell Omega, Emperor. 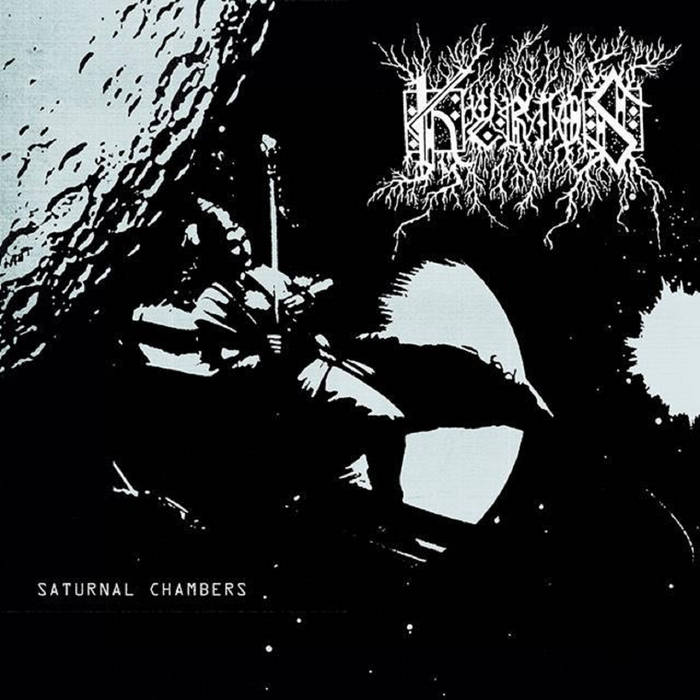 ONE – A very talented person uploaded a few instrumental black/heavy metal tracks and I think they're pretty great. Let him know if they need vocals or not, I think they do.

TWO – The Dirt covers album is out via Magnetic Eye and now the entire world can see how glorious the The Otolith (ex-Sub Rosa) cover of "Would?" indeed is.

← TRACK PREMIERE AND INTERVIEW: TERATOLITH – FIVE: THANATOMORPHOSIS
THE WAR INSIDE MY HEAD: ALBUM STREAM AND INTERVIEW WITH BEYOND DESPAIR →