Should the advent of the COVID-19 vaccine bring about a shift from these "plague edition" posts? No. In other exciting news we just released what has to be one of the most special interviews in recent memory, a new discussion with post-hardcore greats Craw about their brilliant 1994 album Lost Nation Road. Sometimes I really have no clue why some bands take off and some don't, and Craw is one of those strange mysteries in which I personally believe any breathing human should cherish their weird music and yet too few in fact do. So, if you, like me, treasure the bounty of creativity and fury that is the 90s post-hardcore scene, and if you're into bands like Hoover, Fugazi, Coalesce of Botch please make sure to check this interview out and more importantly – being Craw into your life.

Otherwise, check out our multiple interview projects and other cool shit. And if you'd like to keep abreast of the latest, most pressing developments follow us wherever we may roam (Facebook, Instagram, Spotify, Twitter), to listen to our shitty podcast (YouTube, Spotify, Apple), and to check out our amazing compilation albums, and give me your damn money (please!) on Patreon. Bye.

1. Trepanation – "-," from Trepanation (Death/Black – Wrought Material). The type of music that feels like you're eating a bowl of Cheerios only it's a special flavor called "Almost Frosted War Axes." Aggressive, dirty, belligerent black-infused death metal, with riffs for days and a somewhat sketchy guitar tone. Seemingly this is the one last hurrah for New Zealand band Trepanation, which is a kind of a shame since it's really great stuff. I would add that the purpose of this section here is also to draw attention to the label putting this out, Wrought Material, that have not released much so far but all of it has been absolutely dynamite, including some sludgy doom and other brands of sickness. Highly recommended. FFO: Diocletian, Teitanblood, Har. 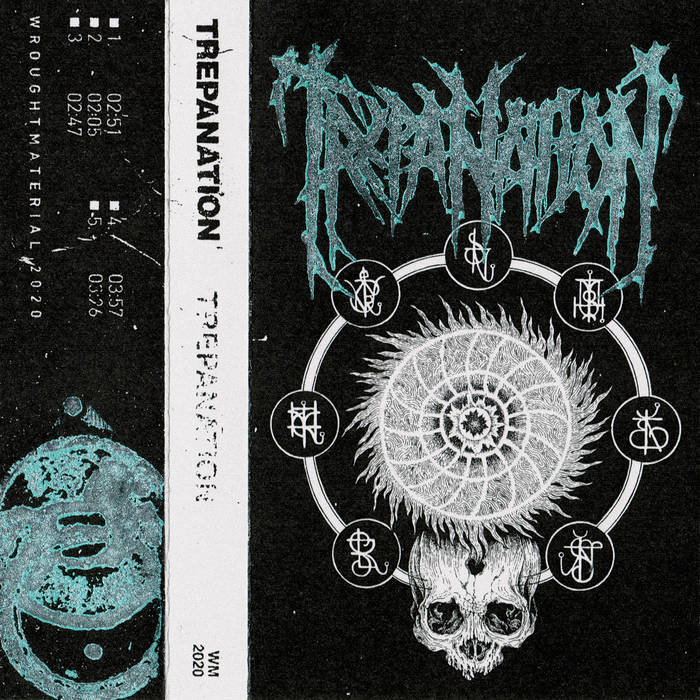 2. Koldovstvo – "I," from Ни царя, ни бога (Atmospheric Black Metal – Babylon Doom Cult Records / Extraconscious Records / Fólkvangr Records). This one just exploded off my social media feeds all at once, firstly vis an Order ov the Black Arts stream and then just everywhere. So I had to swallow my pride and check it out (I hate checking out bands everyone is going on about, it's a definite personality flaw). And so given that I approached this with my ego hoping I'd hate it let's start with the first negative reaction and work our way up — I hated the mix. In atmospheric black metal it's often the case that certain prominent elements of the music – say, the music – are way, way back in the mix leaving a tortured vocals or whatever to hover over everything, but this has everything back, wayyy back, as if this was performed by a band in a whole other neighborhood. It even actually sounds like it was recorded on a tape recorder, somehow. But then, as with all great music, it forces you to accept that fact, that, yeah, the music is wayy back, deal with it. And then youkind of give in, succumb, and appreciate what that distance gives you, which is this great sense of a waking dream, or of a memory, which ties very well with the cover art, I have to say. It's almost as if this was actually an 80s gothy pop song, say something by Depeche Mode, that was playing on someone's tape in a backroom, only that entire sense of breadth and depth is created by black metal instrumentation. Does that make sense? So, yeah everybody, you were right. Magic. FFO: The Cure, Depeche Mode, Drudkh. 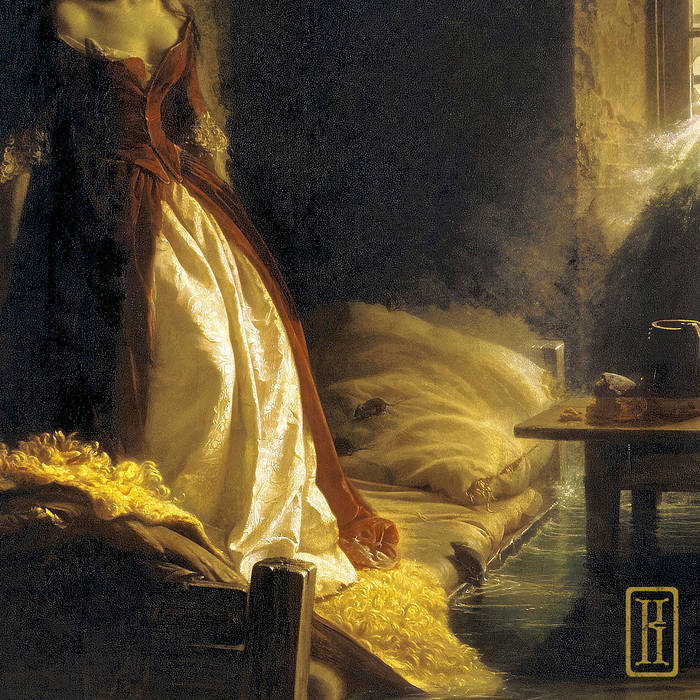 3. Hanuman हनुमान – "Atomic Corporeal Energy That Sloughs Explosive Segments Of Its Form," from Demo 2021 (Brutal Death Metal/Slam – Independent). Well, this is as dumb as they come, but so great. I've actually found that the more I get jaded with metal or whatever the more I appreciate slam and brutal death metal. It's obviously very accomplished and Sanjay Kumar, the man behind this monstrosity, is a very talented person, but it operates on the level of being a comment about metal, somewhow. Like a pure id shitting all over the superego. I dig it. FFO: Rotting stuff. 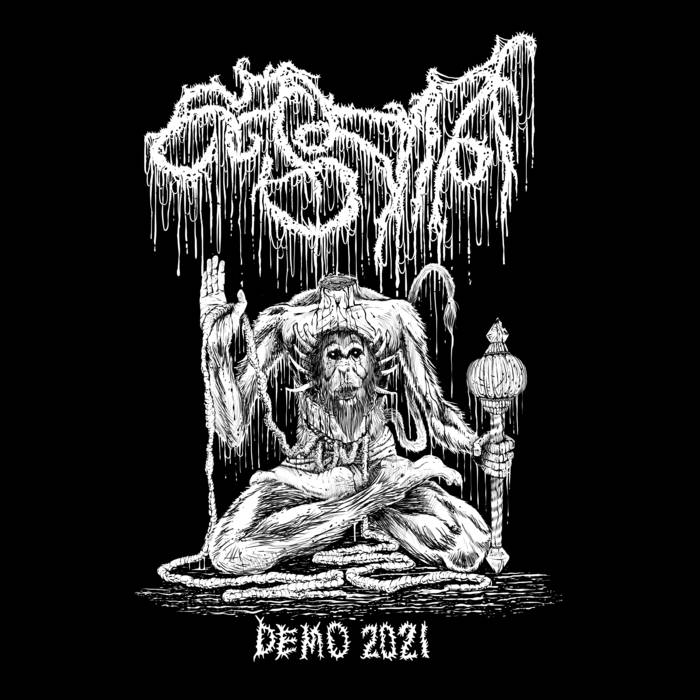 4. Nest – "Death Comes For Us All," from Crystallized (Post-Everything – Independent). Nest has kind of been on my radar for the last couple of years, mainly due to their pretty great 2018 album Metempsychosis as well as their links to other Lexington bands I enjoy such as Rotting Kingdom. Their last release was along the lines of what I guess you could call atmospheric sludge or doom, and it was nice, I liked it. This, however, is some other, alien kettle of alien fish. Trippy, dense, weird, and compelling this 30-odd-minute release was written and recorded in two days which makes for one great thing and one not-so-great thing. The great part is that, well, this is great. Hypnotic and smart, it sucks you in from the first second and lever lets up. The not-so-great is that they don't intend to ever play this, which I think is a mistake. Because while the wild spirit of debauchery and improvisation that led to the making of this thing is also responsible for how free and strange it feels there's also a very deep sense that one or two more go arounds would have arrived at a recording sound that would have elevated this from just a great album or release to a defining classic. Still, it's pretty freaking great. FFO: Neptuniam Maximalism, ISIS, Plague Organ. 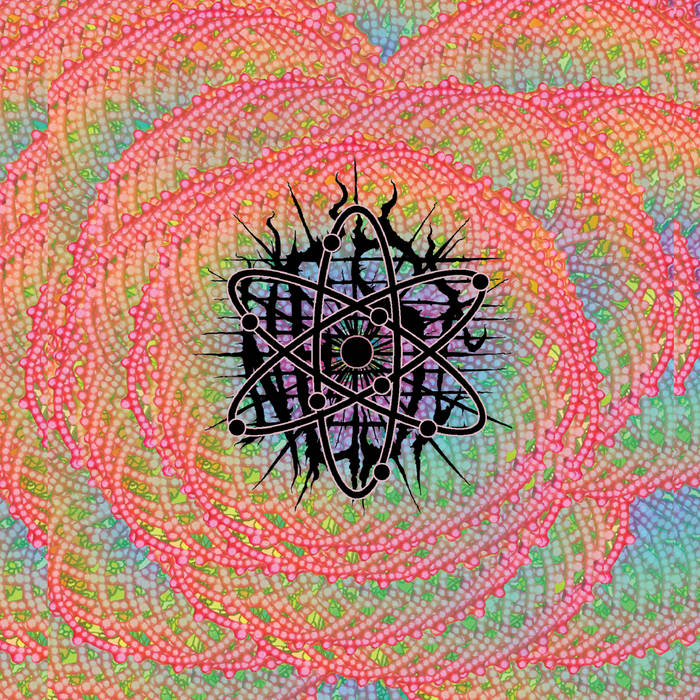 5. Offret – "Любовь / Love," from Зверь / The Beast (Post-Black Metal – SlowSnow Records). I just like this shit, what can I tell you anonymous probably non-existent person reading these lines. Why do we love the music we love? Who knows. I do know I love this. I love the carefully constructed atmosphere, I love the shifting pace and ideas, I love how the black metal element is used more like a brushstroke or tone or texture than any kind of central thing, and I love that I just use italics for absolutely no reason. SlowSnow has been putting out some great music, including the Gnot EP from late last year that was just brilliant. Keep an eye out. FFO: 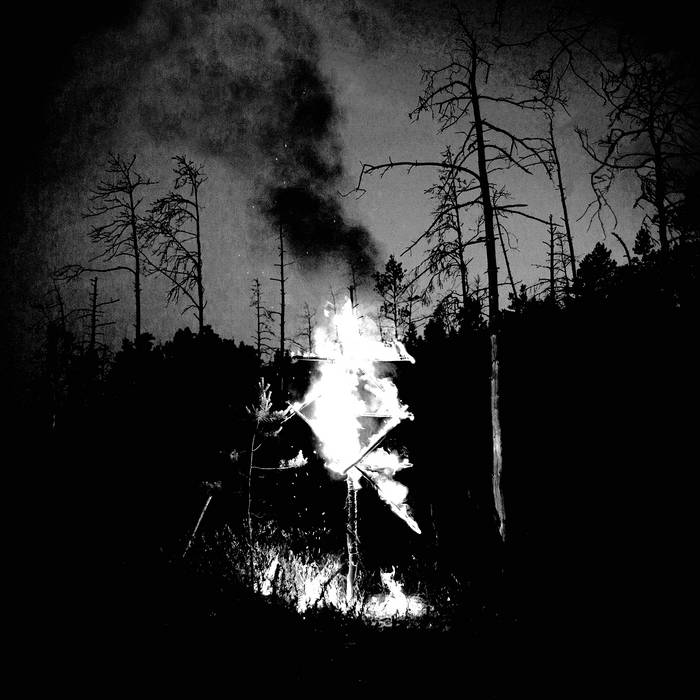 6. Gatecreeper – "Emptiness," from An Unexpected Reality (Doom Metal – Independent). I haven't been a consistent fan of everything Gatecreeper. I loved the debut, and really liked the split with Iron Raegan and the rest has kind of been hit-and-miss for me. But this new EP/throaway-release/experiment is pretty great, mostly because it tones down the wall-of-sound quality of recent releases and brings a real "live-in-the-studio" feel. Obviously this EP is mostly taken by more powerviolence-y stuff and these doom track isn't characteristic. Hell, it might not even be the best track. But it is an attempt at the kind of doom I love the most, that American version of the somewhat trad, somewhat funeral variety, only using the same HM pedals they used for the grinding stuff. Which is both hilarious and fantastic. Love this. FFO: Loss, Lycus, Bell Witch. 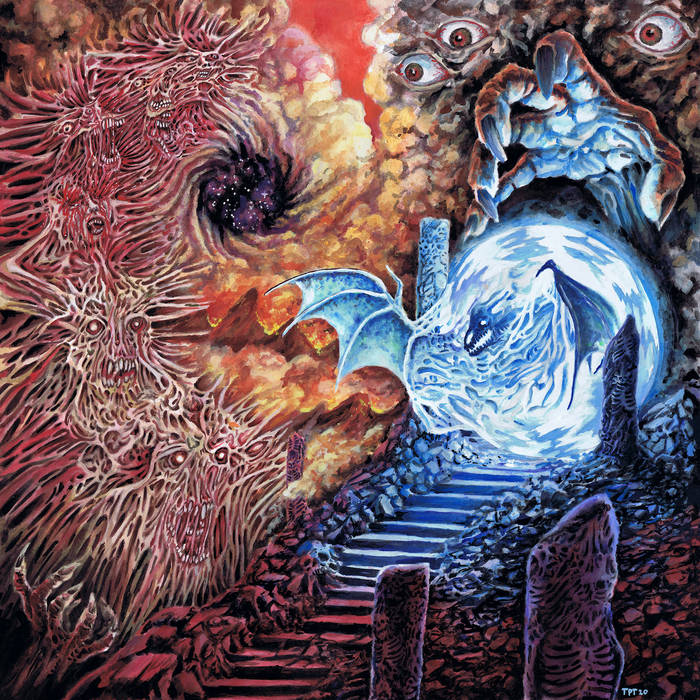 7. Aylwin – "The Arch Holder," from The Arch Holder (Black Metal – Pacific Threnodies). It's been a while since I got to writing about one of my favorite black metal labels out there, Pacific Threnodies, but alas this is as good a chance as ever. The debut full-length from California quintet Aylwin is in fact a glorious, sunrise-lit, sundown-strewn, epic of emotionally charged atmospheric black metal mixed with more than a hint of influence from other, shall we say, Pacific greats such as Neurosis or Weakling. At times verging on post-metal and sludge, this is one of those rare instances where a 30-minute song not only keeps you on your toes but leaves you wanting for another go as soon as it's done. Incredible work, and now to just to buy everything they've ever made. FFO: Alda, Kaatayra, Year of No Light. 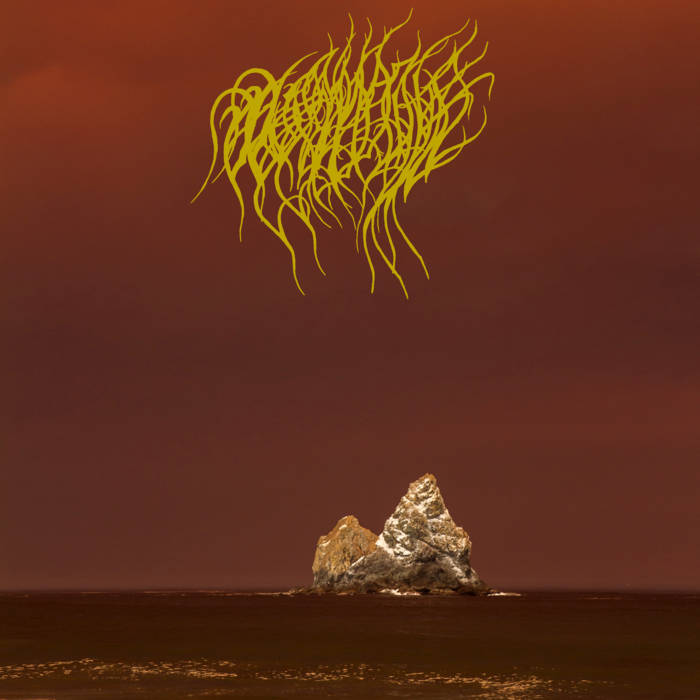 8. Blossom – "Ingurgitating the Caliginous Orifice," from Suppressed (Death Metal/Mathcore – Independent). I have no idea what that song title means but I have a feeling it'll result in quite the disturbing Google image search. Grossness aside this EP/demo from Minnesotan crew Blossom is some of the absolute best sickly thing I've heard this year. Just a continuous drilling of riffs and fat guitar tones into one's brain, produced beautifully, gross and great. In fact, that guitar tone is so fat that I have an inkling to recall that great 90s word "phat" to describe it. So, here goes: the tone is phat. Entertaining as all hell, dynamic, well executed and fucking great. FFO: Fawn Limbs, Google Image Search, MICO. 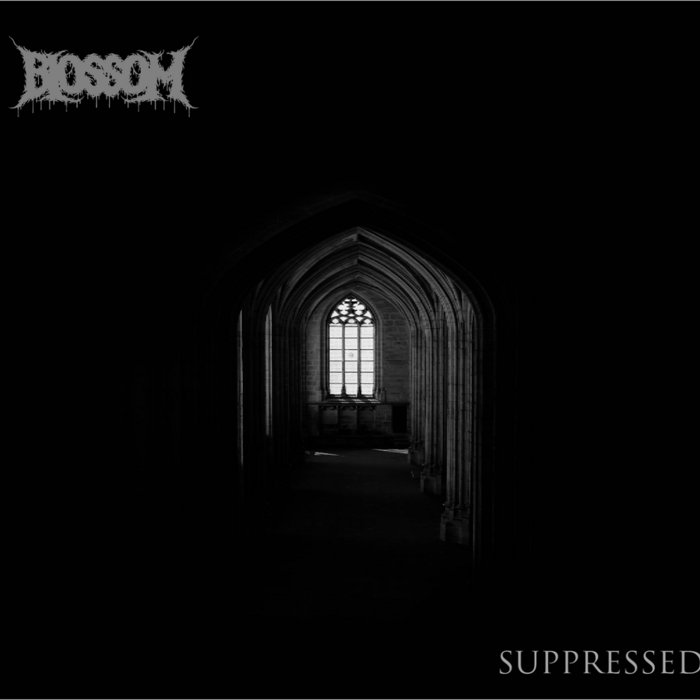 9. Shaidar Logoth – "Machin Shin," from Dawn of the Trident (Black Metal – House of Wolf and Crow). Shaidar Logoth released one of my favorite black metal albums of 2020 (see list) and signed out of that shitty year just right by releasing one hell of a song on this three-way split with Herzegovinian and Horrid Litany. Aggressive, raw in that "raw aesthetically" as opposed to "raw stupidly" way, and just a great, spirited track. FFO: Emperor, Lamp of Murmuur, Drastus. 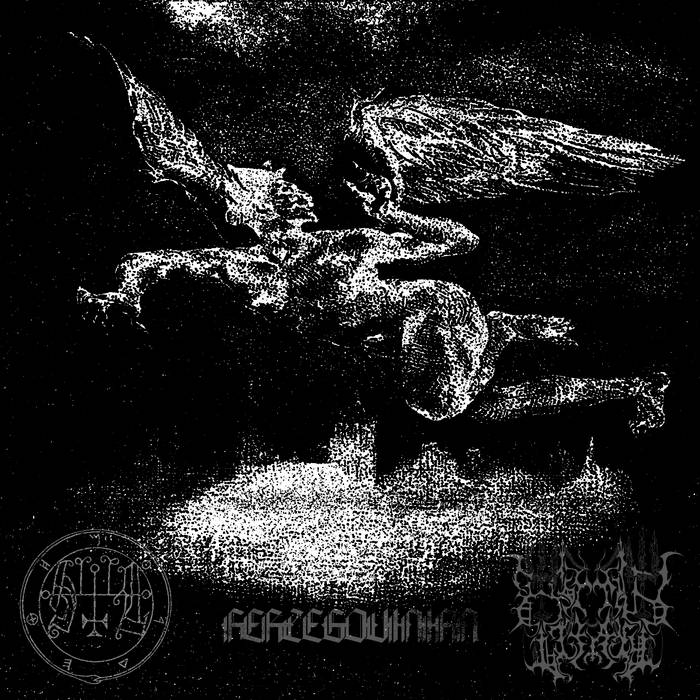 ONE: The Yautja/Chepang split is out, so that's nice.

TWO: If you haven't listened to the new Aberration EP (debut) then do so now because it's sick and great.

THREE: Weren't you all spending the last few decades wondering where your EDM cover to Cradle of Filth's "From Cradle to Enslave"? Right!?

FOUR: My eldest, she's six, and like most firstborns, I suspect, is a bit on the cautious and shy side. And usually when I try to make her laugh and just be silly around her she gets angry with me and tells me to stuck fucking around. But every now and then she lets out this all-encompassing, totally-free laugh. She just turns into a pillars of unadulterated freedom and happiness. I like it best when that happens, more than any other thing in the world.

FIVE: A new Diocletian album is supposedly coming. I hope it doesn't suck.

ONE LAST THING PROMISE: Did I already say something about a new Wolvennest album coming? Well, it is and I heard the whole thing recently and it's just gorgeous. It's nice to have things to look forward to. Here's the first single.

← Pillars of the 90s: Craw talk the Post-Hardcore Kinetics of Lost Nation Road
The War Inside My Head: An Interview With Cloud Rat →