Hey hey. Hope all is well, and that everyone is managing their lockdowns/lackthereof well. Keep safe. This week saw a new interview with the absolute legends The Ruins of Beverast about their influences and musical loves and admirations. This is a kind of followup to the Albums of the Decade interview we did with them almost two years ago, so three cheers for continuity and developing as a person.  Other than that, keep safe and, naturally, while you're at it check out our multiple interview projects and other cool shit.. And if you'd like to keep abreast of the latest, most pressing developments follow us wherever we may roam (Facebook, Instagram, Spotify, Twitter), to listen to our shitty podcast (YouTube, Spotify, Apple), and to check out our amazing compilation albums, and give me your damn money (please!) on Patreon. Much love to all Patreon people. Other people are cool too.

1. The Sun and Mirror – "Katherinella Angustri," from Dissolution to Salt and Bone (Doom/Drone – Brucia Records). Much like that masterpiece of weird and crazy, Neptunian Maximalism's magnum opus from last year, there's really very little rationale for me to not only listen to but even tolerate this track and yet I don't seem to be able to turn it off. It's slow, it's dissonant in an almost unpleasant way, there's little variation, and it basically sounds like a burial ritual only a tad more depressing. There were moments this week were I would listen to this on a loop, never really understanding why. It goes on, you dwell, and then it ends and you're even emptier than you were while listening to it. Is this a recommendation? I think it is. FFO: Wolveserpent, Sunn O))), Urfaust. 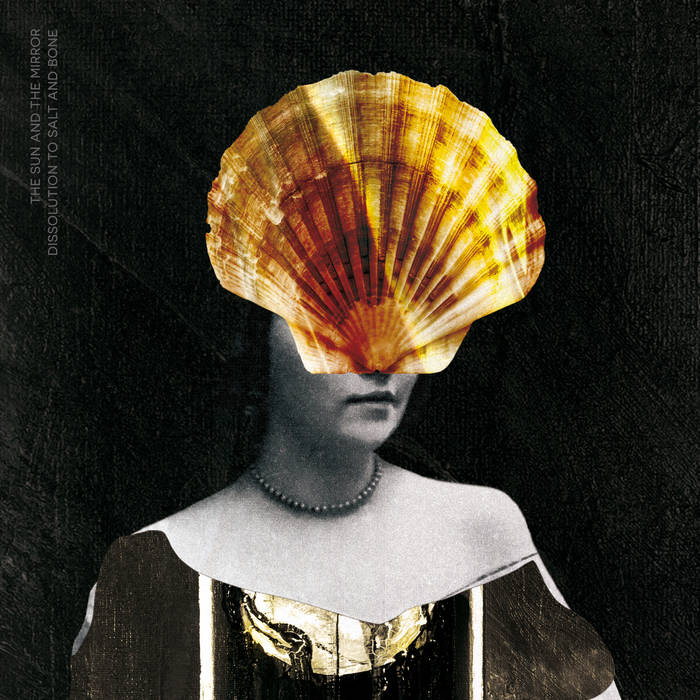 2. Dreams of the Drowned – "They Poisoned the Waters," from Missed Springs (Avant-Garde Black Metal – Independent). Coming with a background that involves some of the most significant forward-thinking black metal bands of all time, there's little doubt why this fantastic EP sounds like a close cousin to some of those bands. Bendy riffs, disturbing atmosphere, progressive ambition, and the feeling – the very rare feeling – of being near a site a real art, occupied by a real artist. Add a nice little Ved Buens Ende medley to the mix and you have the making of one of the best, most original releases this year. Logo's a bit of a bummer, though. FFO: Suffering Hour, Virus, Ved Buens Ende. 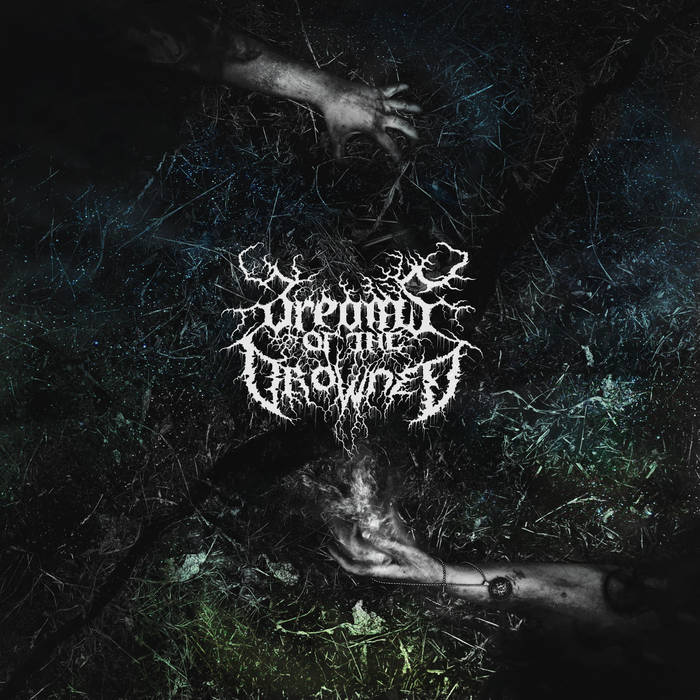 3. Blindfolded and Led to the Woods – "Rorschach and Delirium," from Nightmare Withdrawals (Death Metal – Independent). Thanks to all ye progressive-minded folk on my FB feed I was introduced to this monster of a band and this titan of an album. Blindfolded and Led to the Woods do tech-death/grindcore/brutal death metal that feels packed with breathing room even when suffocating the shit out of you, thanks mostly to some post-hardcore/post-rock stretches. Some of the other songs are more, ah, weird? I guess but this one is just so epic in its traditions and SO FUCKING HEAVY that there was no way I wasn't going to choose it. Listen to the whole thing, I swear you won't regret it. Oh, and cool logo. FFO: Wormed, Haunter, Afterbirth. 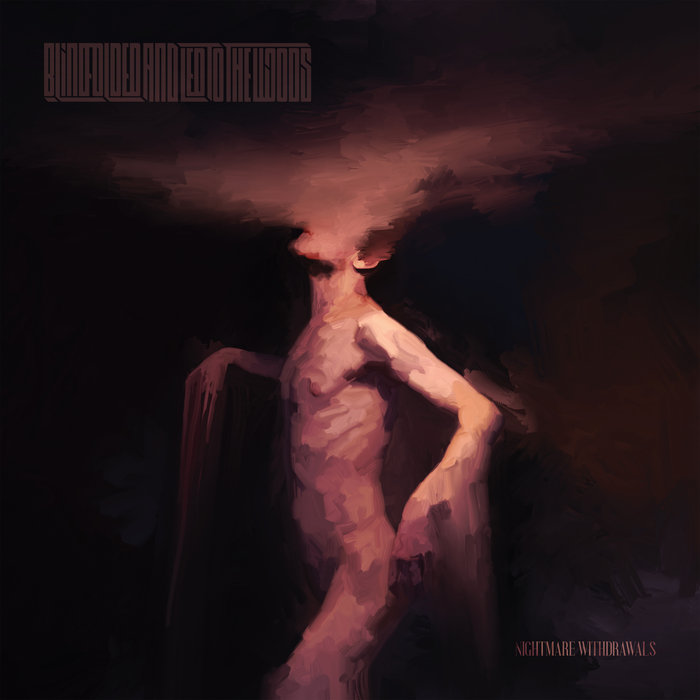 4. Victory Over the Sun – "Nowherer," from Nowherer (Experimental Black Metal – Independent). Victory Over the Sun, a blistering, bewildering one-woman black metal project from a little-known country that goes by the name of the United States of America, released one fucked-up behemoth of a debut a little over a year ago. It was bent, it was scary, it was weird, and it led to my asking VOTS to participate in our 2020 comp. All the while I have been patiently waiting for a promised future microtonal album that was supposedly in the works (she built a new guitar and shit like that, I guess that takes time) and now we have a release date as well as a first single. And yes, it's as fucked and glorious as you might imagine. FFO: Hissing, Dødheimsgard, Abigor. 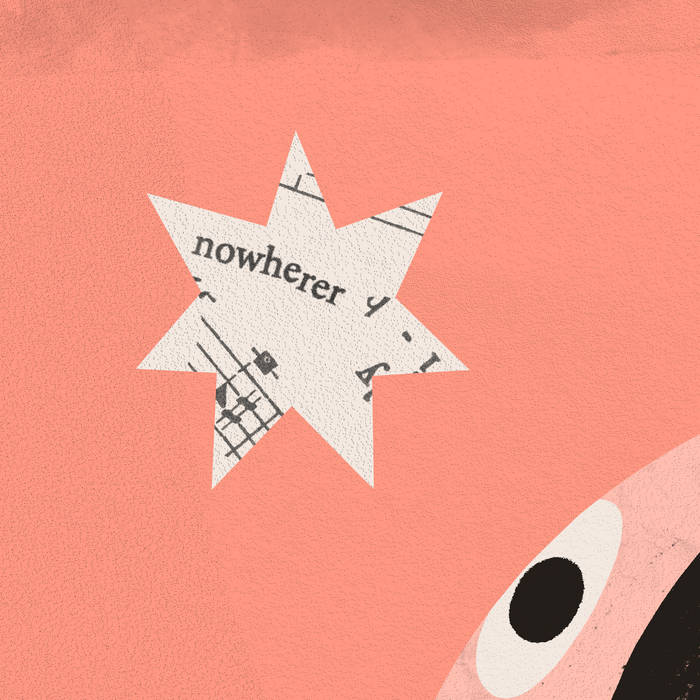 5. Inoculation – "Verity Consumated," from Celestial Putridity (Death Metal – Maggot Stomp). So, basically, taking the artsy-fartsy death/thrash/prog tradition of bands like Voivoid/Vektor and, more recently, Xoth and stuffing it into some ignorant cave filled with nothing more than ignorance and cave stuff. Which is really an interesting juxtaposition given how brainy the prog/death side usually is and how dumb the, well, dumb part is and here they are perfectly and infectiously married, like the brainchild of a neanderthal and a nuclear scientist. FFO: Xoth, Vektor, Horrendous. 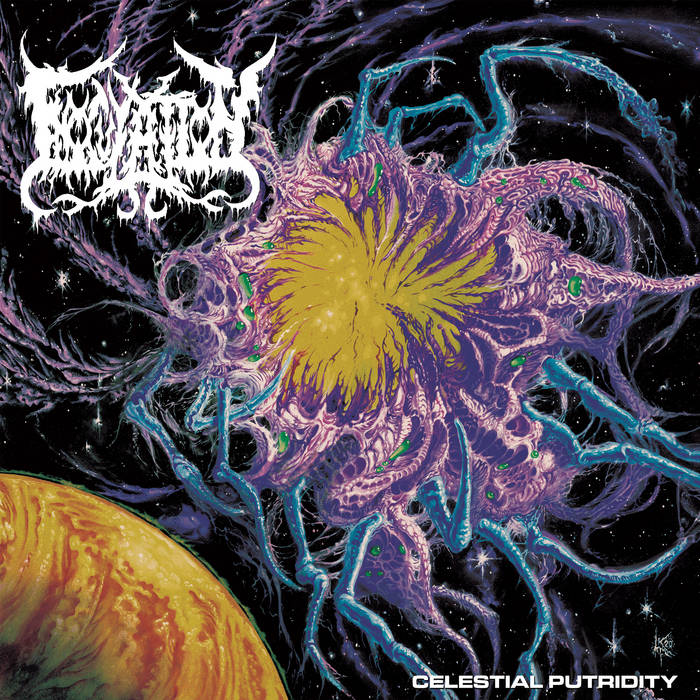 6. Cambion – "Cambion," from Conflagrate the Celestial Refugium (Death Metal – Lavadome Productions). Let me be clear about this one – this is some of the tightest shit you will hear, ever. This may or may not have to do with the fact that I was on a bit of an Origin kick this past week, but this album and this band is what my bleeding ears have been begging for since albums like Entity or **insert Wormed album here**. Only difference being that this is a thrashier version of that manic precision, which makes it even – yes – more effective. Riffs for fucking years, transitions as smooth as butter, and some out-of-your-mind drumming. What in the world. FFO: Origin, Wormed, Death. 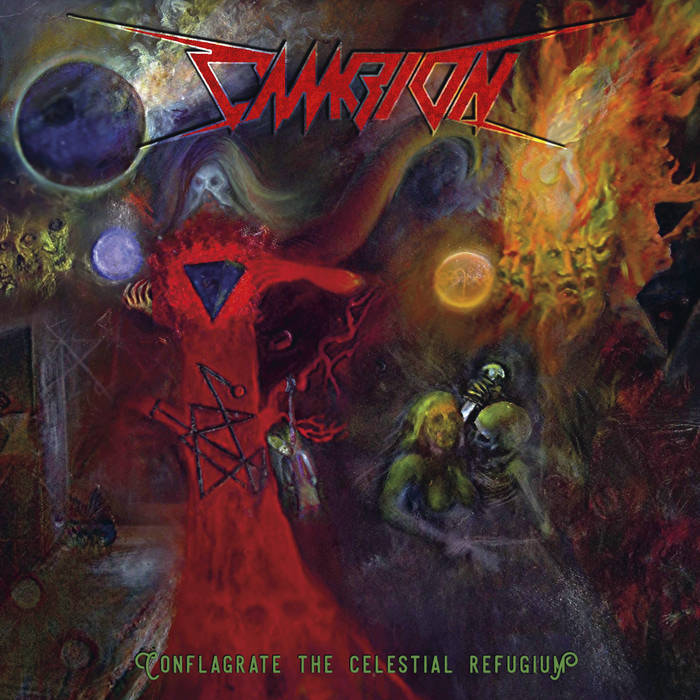 7. Yautja – "Tethered," from The Lurch (Grindcore/Sludge – Relapse Records). Well, it's been a while, hasn't it? Not "a while" in the cosmic sense, I guess, since Yautja has been steadily releasing music for a while (they even released a great split with Chepang just this year), and god knows band members have been also otherwise occupied, but it's been a fucking while since we got an honest-to-god full album of gut-displacing riffs and earth-shifting angst. The wait is over, however, and the emotional mayhem that is Yautja is back, and judging from this relentless first single it's probably going to be one of my most listened-to albums of year. FFO: Baptists, Wake, Dead in the Dirt. 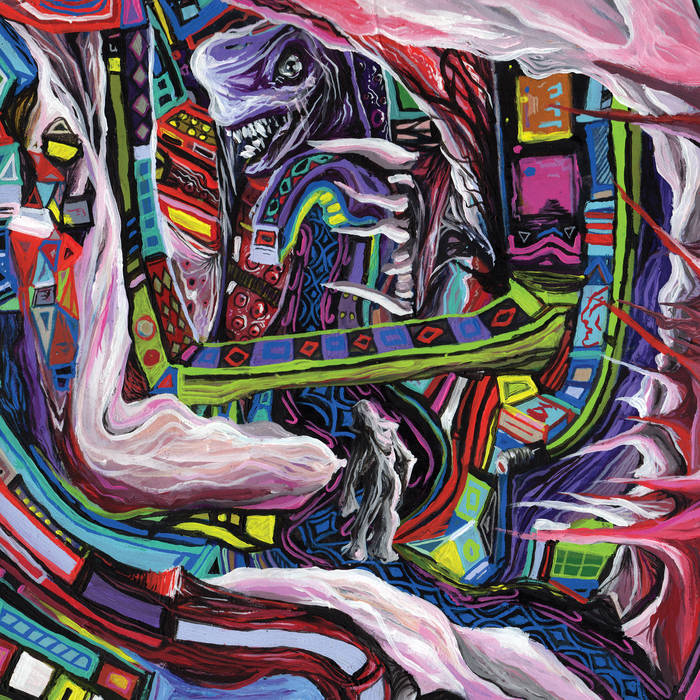 8. Esoctrilihum – "Ezkikur," from Dy'th Requiem For The Serpent Telepath (Black Metal – I, Voidhanger Records). If you put together somekind of fancy algorithm that scanned all of the comments under the new Esoctrilihum single across all platforms and eliminated any comment with mention to the project's seemingly endless stream of releases and you would be left with absolutely nothing. The dude is, how shall I put it, on fucking fire (including a track on our already-mentioned comp), and the raging quality has remained. Somehow. This first track is on the more spacious side, which, for me, is a very good sign. The man's head is exploding with riffs at every given moment as it is, so a bit of pacing goes a long way. FFO: Ulthar, Funereal Presence, Spirit Possession. 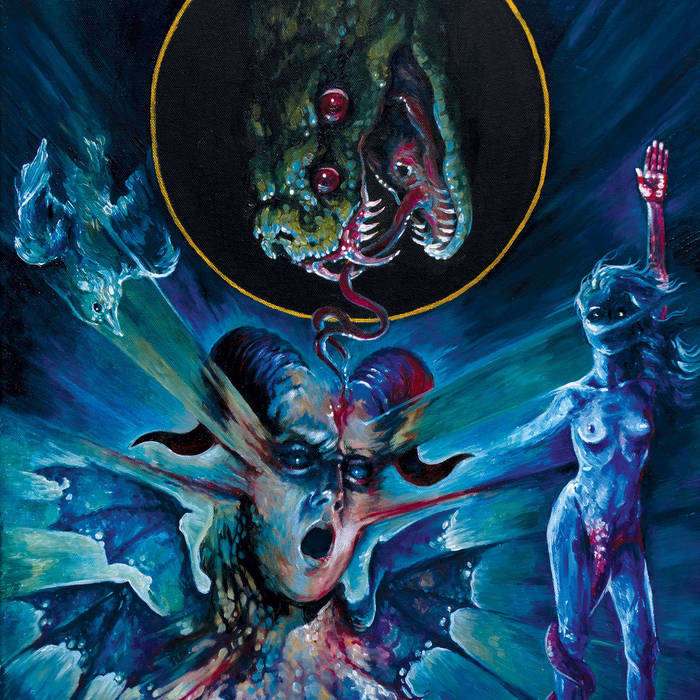 9. Migal – "No Body," from Fragments (Screamo/Post-Hardcore – Independent). Great, jangly, melancholy-yet-somehow-really-pissed screamo from Germany. The vocals and instrumentation kind of melt into one another, creating an emotional mush of sound, pierced by some lead lines and pretty magnificent drum work. Cool stuff, and a bit of clean vocals goes a really long way, all the way to an almost new-wave feel. FFO: Portrayal of Guilt, Orchid, Eyelet. 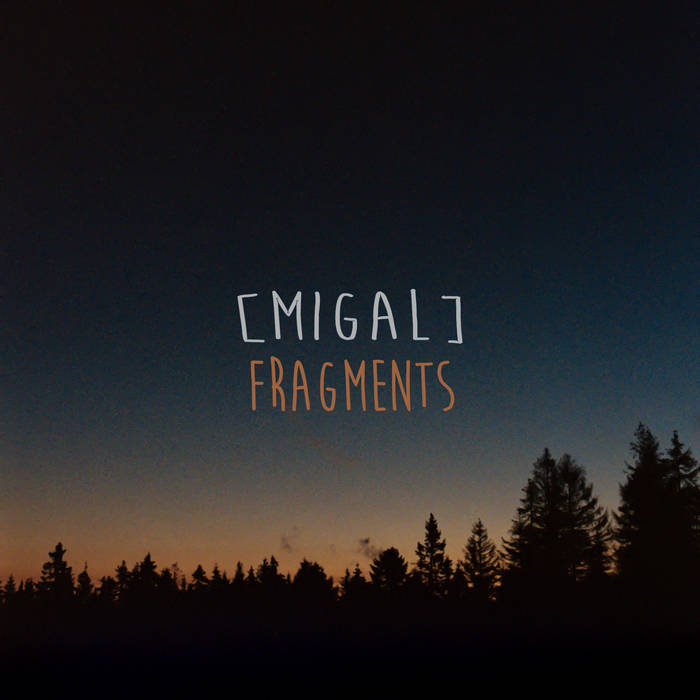 ONE: So, I guess there was some press about this that I missed, but it seems Demilich are due to release four new songs this year.

THREE: Kosmodemonic are releasing a new album (finally) and here's a trailer.

FOUR: Turned 40 this week. Love my family, adore my kids, worship my wife, and we've been through a hell of a year, as has everyone else on earth. But it ain't fun, or, if it is, I haven't found it yet.

FIVE: Mystiskaos, the label-child of the big brains behind Wormlust and Skaphe, has undergone what seems like the black metal version of a hostile corporate takeover. They're called Dissociative Visions now. I have no idea what's going on.

ONE LAST THING PROMISE: Forlesen, one of the best new bands in existence who released one of the best albums of last year and just so happens to be comprised of lovely people (who gave us this wonderful interview), is teasing some stuff. I have no idea what the stuff is (WOULD YOU LIKE TO STREAM IT HERE GUYS?!) but they posted this thing to remind people about the video they released for a snippet from that amazing album and so why the hell not.

קטגוריה : Recommendations
תגיות : Blindfolded and Led to the Woods, Cambion, Dreams of the Drowned, ESOCTRILIHUM, Inoculation, The Sun and Mirror, Victory Over the Sun, Yautja

← The War Inside My Head: An Interview With The Ruins of Beverast
NINE SONGS I LIKED THIS WEEK IN LIST FORM MAR 28 – APR 3 – PLAGUE EDITION #53 →