So, a very busy week in MMHQ, with one premiere of a fantastic slab of black metal from CogaS and a new Albums of the Decade interview with the incredible Nadja. Too busy? Perhaps. But no one reads this shit anyway.

1. Negura Bunget – "Brad from Zău (Folk Black Metal – Prophecy Productions). I really had non idea this was coming. I saw  that the surviving members of Negura Bunget were playing Prophecy Fest, but I just thought it was somekind of "lasy hurrah" type deal, I had zero notion that the Romanian psych-folk black metal legends were actually releasing one final album of original material, written on the basis of the foundations erected by the late Negru (RIP) before his untimely death in 2017. But here we motherfucking are, completing their "Transylvanian Trilogy" that began with the incredible Tău (2015), continued with Zi (2016), and now culminates with Zău. Etherial, atmospheric, shimmering beauty. The real damn thing. FFO: Oranssi Pazuzu, Dornenreich, Alcest. 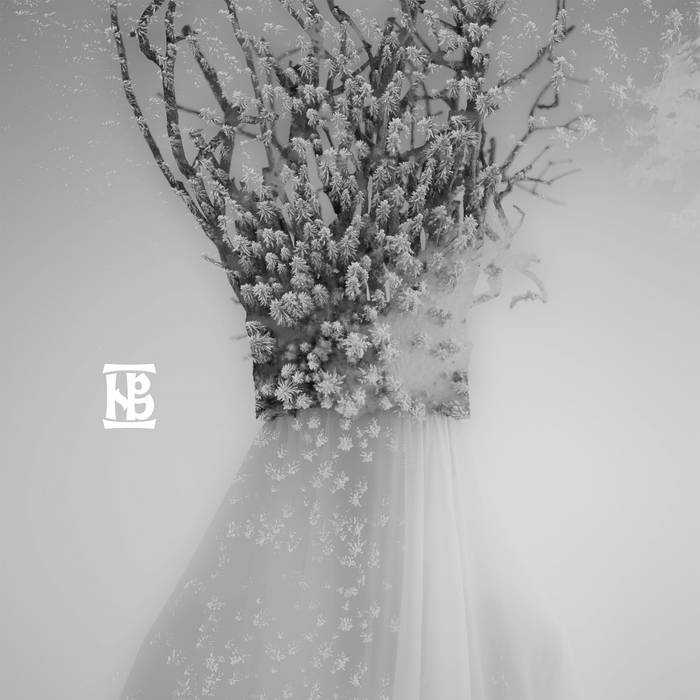 2. Diploid – "His Arms Bound," from I Am Yours. I Am Here Again (Noise/Grindcore – Heavy Machinery Records). Wait, I'm in a circle pit with just myself ***** being hit by my own hand ***** OK, back now. Australian project Dipoloid is simply put one of the most exciting, energizing, and fucked up bands out there right now, and the fact that they've released a new album makes me happy enough to physically fight myself. Noisy belligerence, grinding violence, and (this time around) somehow also a ton of groove. Get on this. Now. FFO: Cloud Rat, Kluvim, Wake. 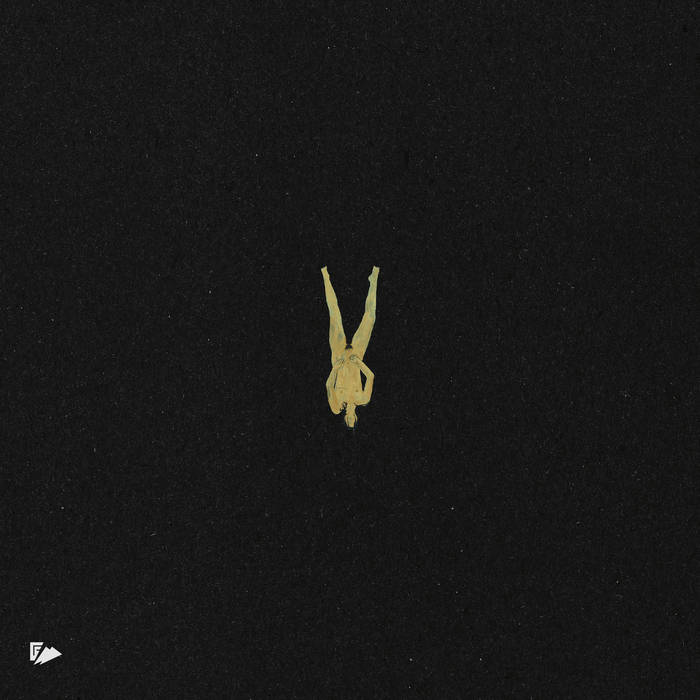 3. Nur Run – "Among Those Waves," from Among Those Waves (Black Metal – Pest Productions). A side project from a couple of members from the dissonant wonder (recently covered in these very pages), Hornwood Fell. A bit of a mix between dissonant death/black metal, straightforward black metal and an overall and very pleasant chaotic feeling. Kind of like if Krallice and Gorguts had some DsO in them or something. Very nicely done. FFO: Deathspell Omega, Krallice, Thantifaxath. 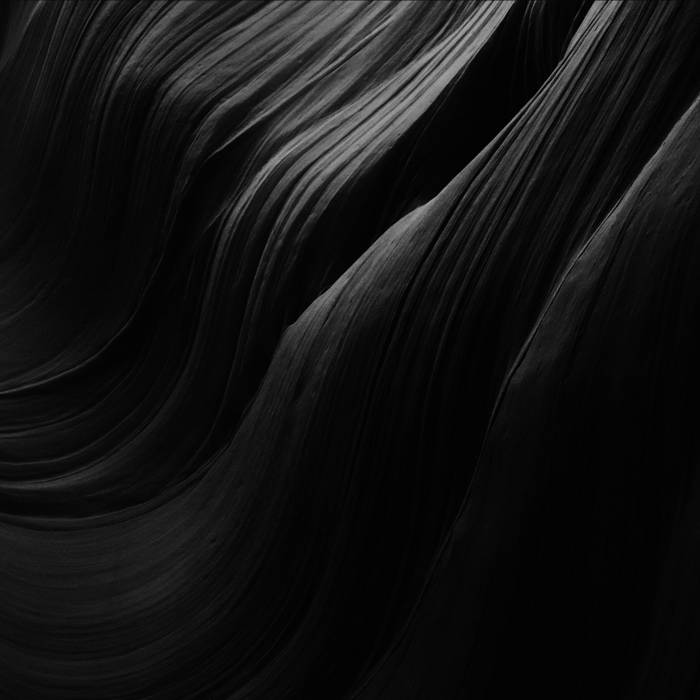 4. Ascended Dead – "Arcane Malevolence," from Ascended Dead​/​Atomicide (Death Metal – Dark Descent Records). Haven't done any Ascended Dead in a while (well, there hasn't been that mush, tbh) so I thought maybe it was time for some ignorant, blindingly aggressive OSDM. Because it's always time for that, silly! What is there really to say: an incessant tsunami of riffs, tasteful drumming, fucking incredible lead guitar play (a-la Morbid Angel a bit) and just the perfect scratch to that caveman itch. FFO: Dead Congregation, Cerebral Rot, Witch Vomit. 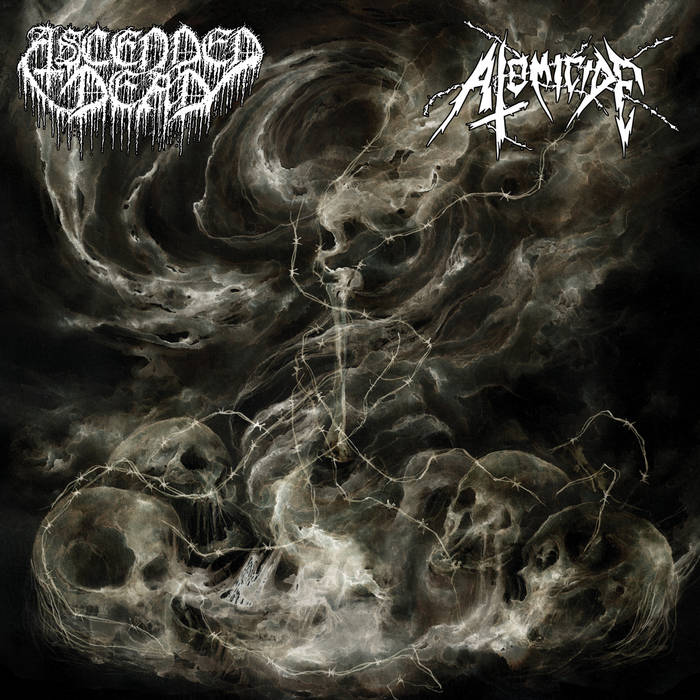 5. Mother of Sighs – "Black Bile," from Mother of Sighs (Darkwave/Electronic – Deathbomb Arc). Another project from couple Terence and Erica Hannum, following the great The Holy Circle (also very worth checking out). But as opposed to the The Holy Circle and much more like Terence's other "main" band, Locrian, this is not pretty music. This is dark, foreboding shit that makes your teeth rattle in your brain (I'm aware the brain doesn't have teeth) in that John Carpenter-meets-The-Knife kind of way. Some parts are indeed pretty, don't get me wrong, but this is more pop music for the morbidly paranoid and disturbed. So good. FFO: The Knife, Joel Grind, Locrian. 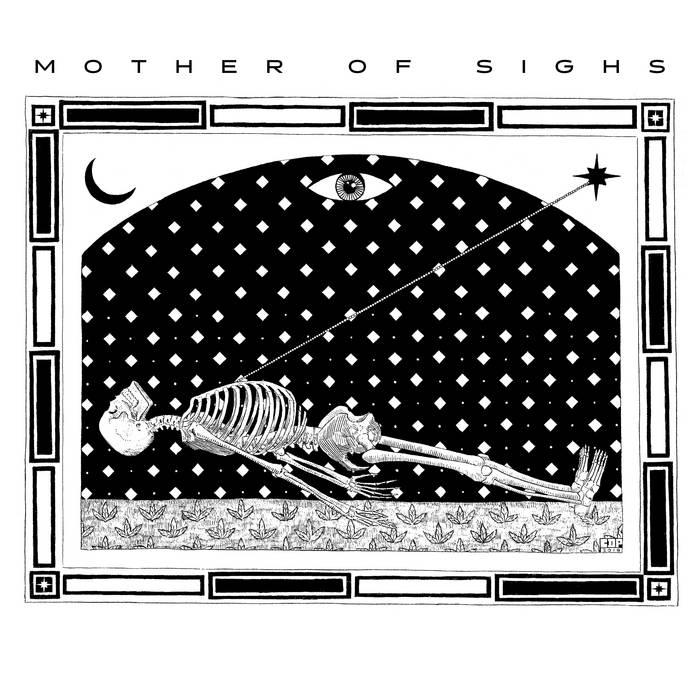 5. Déhà – "Introspection," from Fulgur et Morte (Black Metal – Musical Excrements / Transcendence). Am I going to write another exasperated write up about how Déhà is just good at everything and that everyone else should quit? I might. I just think it's funny, that's all. And it makes me think of all those musicians out there, writing recording while knowing very well that people like Déhà, or Maurice de Jong, or Markov Soroka, or Caio Lemos (Kaatayra, Brii), exist. Like, what do you say to yourself when you wake up in the morning? "I wonder if today Déhà is going to decided and do my genre next, and I also wonder how much a McDonald's job pays?" I kid, of course. I kid because everyone is their own artist and has their own voice and art is infinite, not a competition. I also kid because if you're making black metal for a living there' a good chance you're in the food service industry as it is. But be that as it may, this is Déhà doing "raw atmospheric black metal" and absolutely killing everything. FFO: Aureole, Koldovstvo, Lamp of Murmuur. 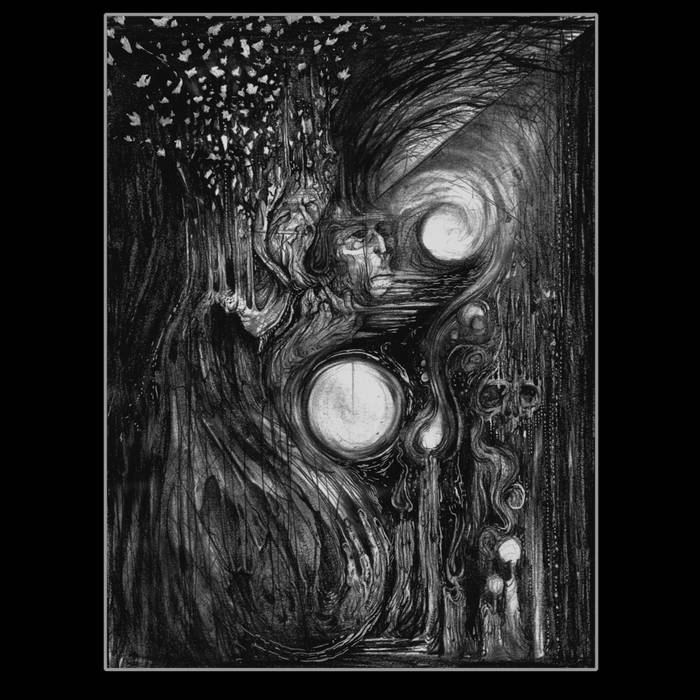 6. Morbid Cruelty – "The Grey Day of the Massgrave," from Holodomor (Thrash/Black Metal – Burning Coffins Records). This Chilean slab of evil was recommended by Svpremacist's Jonathan Shkedi, a lover of all things South American and heavy. I didn't get into this one immediately, but when I did – oh boy. So much great atmosphere, fantastic drums and painfully beautiful riffing. Menacing shit. FFO: Demoniac, Ripper, Demiser. 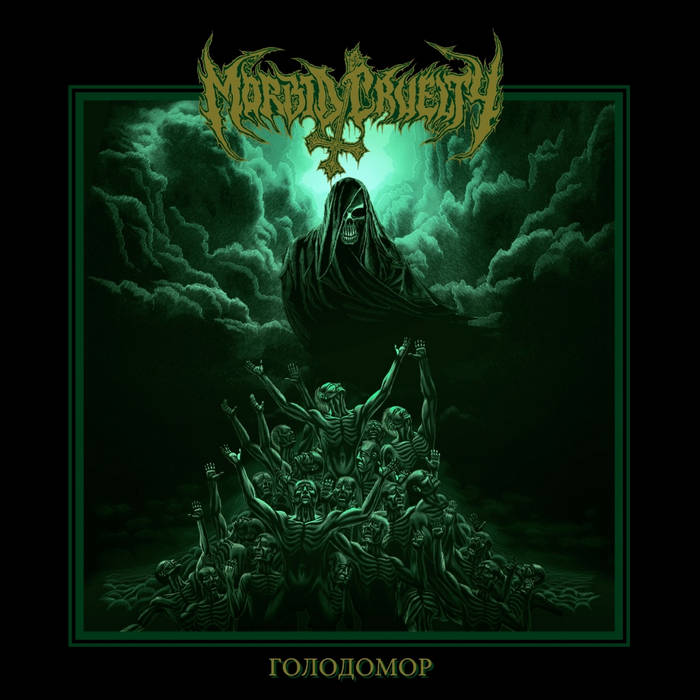 7. LowFlyingHawks – "Caustic Wing," from FUYU (Stoner/Prog – Magnetic Eye Records). A while back these two absolute legends – Trevor Dunn and Dale Corver – released their debut as LowFlyingHawks and I was ALL over it. Spaced-out, sludged-in, stoner-ish rock that sounded fresh and cool and everything that I like about a genre I mostly find hard to connect to. This newest album is all those things, and yet somehow better. Don't really know why, it just feels a bit meaner, I guess. And this track is just phenomenal. FFO: Melvins, Elder, Kyuss. 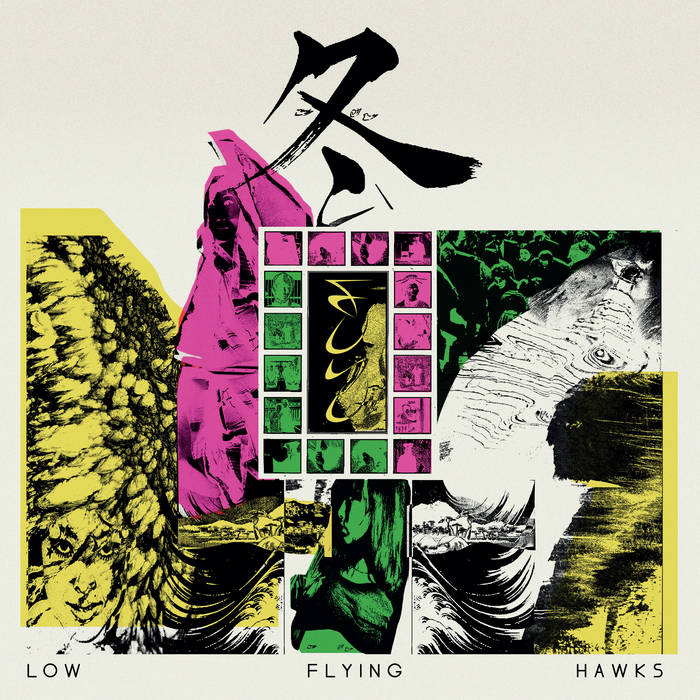 8. Mānbryne – "W pogoni za wiarą," from Heilsweg: O udręce ciała i tułaczce duszy (Black Metal – Terratur Possessions). There's that whole "classic Polish black metal" vibe that I don't really feel that often. I like about two Behemoth albums, just for example, and that overly clean drum sound and overall way-too-serious thing doesn't really sit well with me. I'm more of a Odraza, Gruzja, Outre guy, I guess. But sometimes people (some of whom drum of Odraza, for instance) make something along those general lines that just sounds good. And here's that one example. This debut from Mānbryne is cool, I like it, but what elevates it a bit further is some unreal performances. Still think someone is drinking a bit too much of the cool-aid, but well worth a try. FFO: Behemonth, Blaze of Perdiion, Totenmesse. 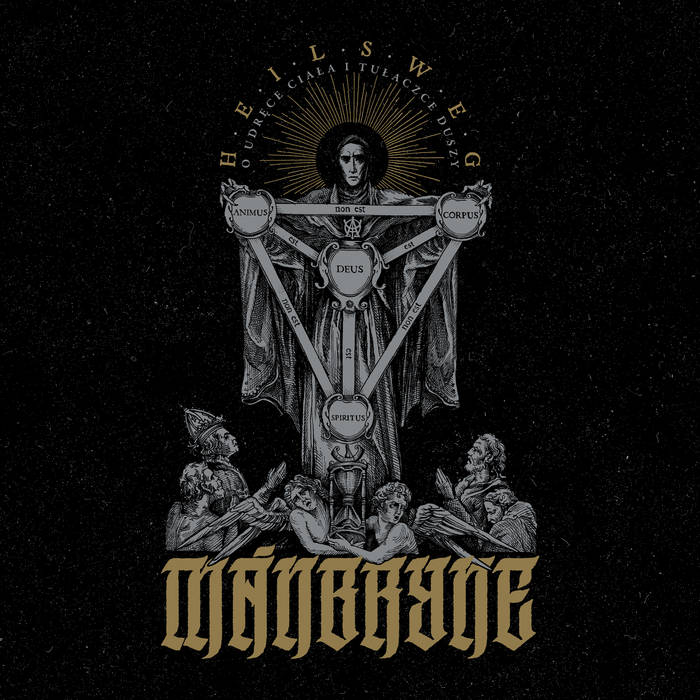 9. Abstracter – "Eclipse Born," from Abominion (Black/Doom – Sentient Ruin Laboratories). Abstracter is in that special class of bands that are (and I mean this in the best way possible) way too fucking heavy. Cinereous Incarnate from 2018 was a landmark record for the previous decade in just how twisted and unhinged it sounded. Judging from the first single from this upcoming album things are as nuts as they have been, only a bit doomier this time around. Which I kind like. Shut your windows, lock the doors, and die. FFO: Hissing, Primitive Man, Lord Mantis. 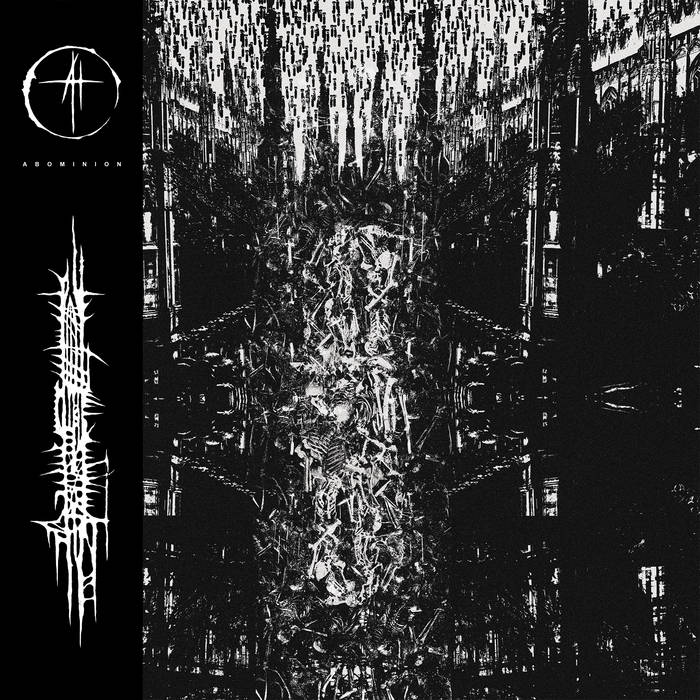 ONE: Listen to the new Defacement, it's out.

THREE: Death/thrash duo Sijjin released a fantastic demo in 2019, white I noted on my FB page at the time. Now news is out that a debut full length is coming, and god damn that shit is going to be nasty.

FOUR: I haven't been to a show in almost two years. That's it.

FIVE: There's a new shirt for Inter Arma's masterful Sky Burial (the topic of this interview with them) and it's fucking insane.