An insane a few weeks in my personal/professional/whatever life are over, which means I'm finally able to get back to a semblance of normal and might actually be able to get to releasing some of the interviews that have been waiting in the wings for a while. But, since it's Bandcamp Friday, and since it's a big one for me on account of our compilation being out, I thought I'd post this a day early so as to enable all your money to be funneled to all the right places + add a little Bandcamp Friday section at the bottom instead of my usual nonsense. Enjoy! Spend! YES.

1. Homeskin – "Inhalation to Transform," from Subverse Siphoning of Suburbia (Black Metal – Independent). Garry Brents, the feverish mind behind such phenomenons as Cara Neir, Goremage, and Sallow Moth was just sitting there thinking to himself: "You know what, I might actually not have enough black metal projects going on in the moment." And so he went ahead and in the space of 13 hours wrote and recorded a brilliant burst of black metal magic. It's dark, it's twisted, it's anguished in that dissonant/avantgarde way and oh yeah by the way it's fucking awesome. FFO: Yellow Eyes, Serpent Column, Skaphe. 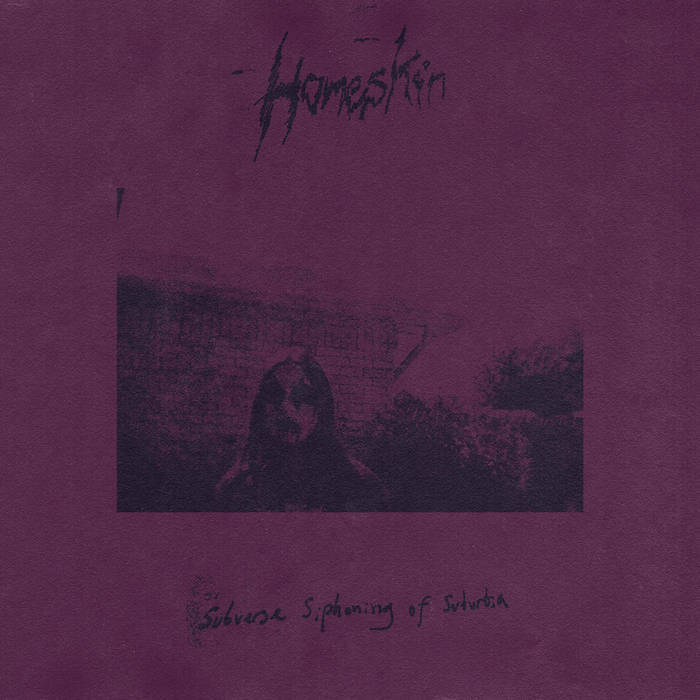 2. Białywilk – "Will and Representation," from Próżnia (Atmospheric Black Metal – Vendetta Records). Well, speaking of people with way too much talent and time on their hands – here's the debut release from a fantastic new project, the brainchild of Vukari's Marek Cimochowicz. You don't only get references to Schopenhauerian philosophy but also some of the best, coldest atmospheric black metal this side of the Ukrainian steppes with a wonderful, almost clinical-sounding clarity of sound that frames an outburst of emotions and minor chords. Fantastic, urgent stuff. FFO: Blut aus Nord, Windswept, Mare Cogitum. 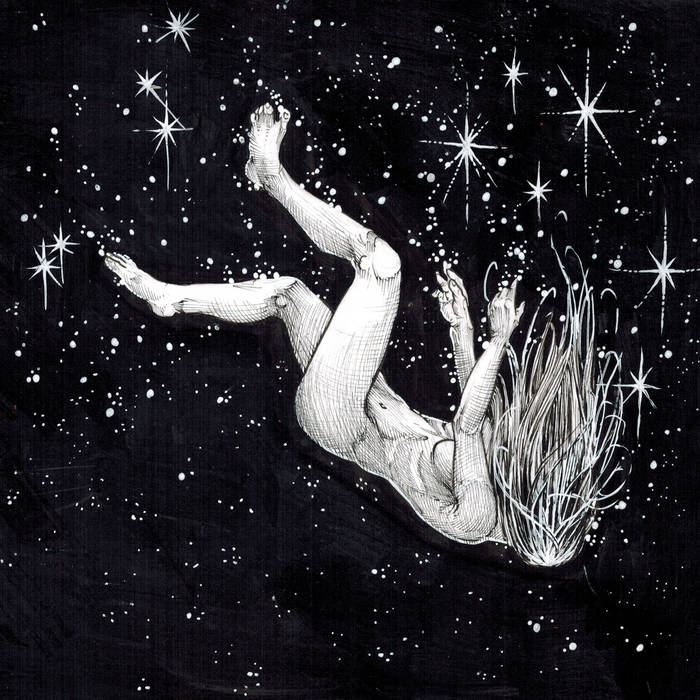 3. Age of Apocalypse – "The Patriot," from Grim Wisdom (Hardcore/Rock – Closed Casket Activities). This weird, lovely song is basically a lot of the things I like about being alive. You get that old-schooly school of "that hardcore band with a good vocalist," in the vein of Fear, Donwset and Life of Agony along with a real heavy metal-esque groove. So much flash and pretension you just have to fucking love it. FFO: Downset, Life of Agony, Prong. 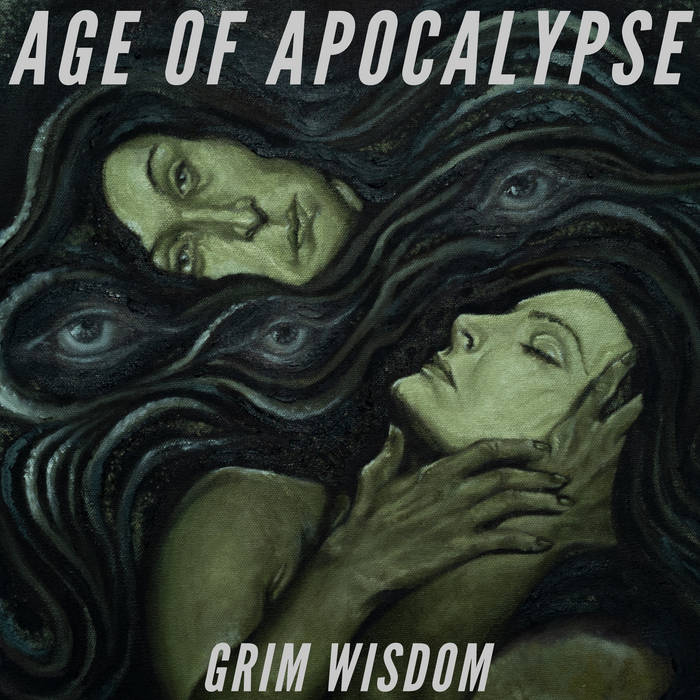 4. Blood Sun Circle – "The Soft Seer" from Deep Cuts (Post-Hardcore – Drops of Us). So, I guess it's not very hip of me to admit that I was recommended this band by Spotify but here I stand, uncool. Regardless of the media thought which I found this beatious thing, however, Blood Sun Circle, a noise-rock/post-hardcore group from Syracuse, NY, kick fucking ass. I must admit I was especially taken by their 2017 album, Distorted Forms, which is a bit more on the heavy/angular side but this latest and seemingly last release is great too. Fucking love it. FFO: Big Business, True Widow, Shellac. 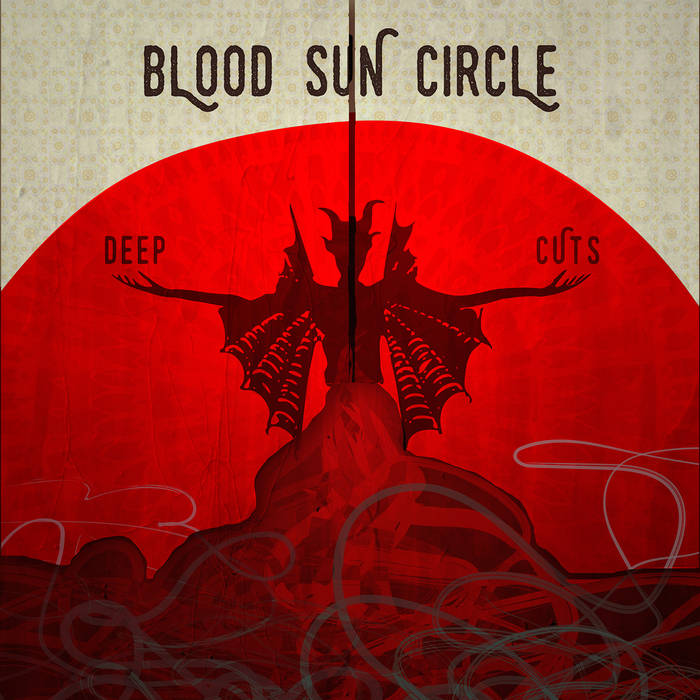 5. Ghost Bath – "Sanguine Mask," from Self Loather (Black Metal – Nuclear Blast). Look, I loved Moonlover when it came out, but the hooplah and hate around the band really kind of got to me to the point of not feeling obligated to check their stuff out. That's on me, we all have flaws. However, I decided to check the most recent release out on a whim and I was pretty blown away. Does this re-write black metal as an artistic form? Not sure. Does it push the boundaries beyond the minor-key melancholy of anguished USBM? Nope. But does it kick every ass I own in a huge way, and is it well written, impeccable played and recorded? Oh, hell yes. If this vein if blackgze, melancholy black metal is your thing this is nothing short of a must listen. FFO: Deafheaven, Ghost, Violet Cold. 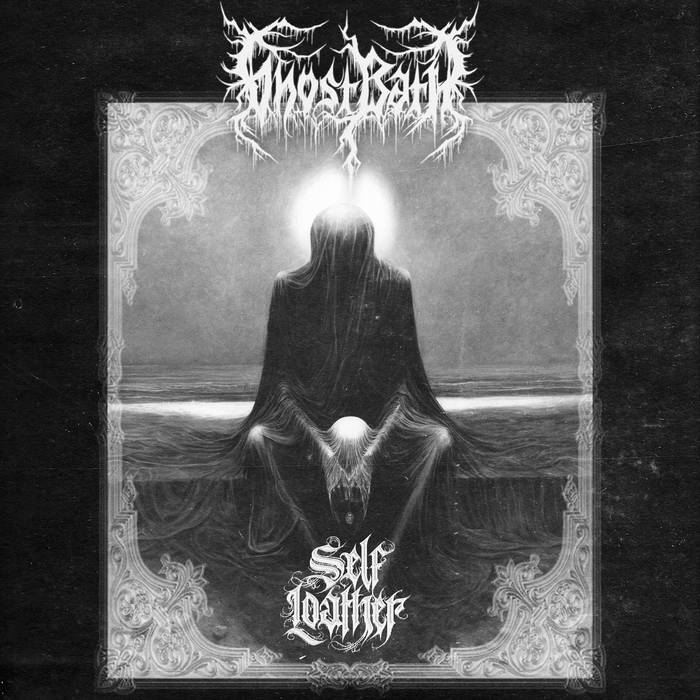 6. Deathnoisefrequency – "The Beast's Lamenting Dirge," from Omitted Horrid Chapters (Avantgarde Metal – Wall of Sound Records). Last year I was blown away by an odd, experimental release from Saudi Arabian project Deathnoisefrequency. It defined category, it was fucking uncanny and troubling and I loved it. Now they're back with this modest two-song EP that is, in fact, not really that modest. Imagine Oranssi Pazuzu without the black metal riffing, replace it with some 90s-era Beherit weirdness, and cram it into an abandoned ruin and that's basically the vibe. What a wonderful band and what wonderful, life-affirming and inspiring music. FFO: Oranssi Pazuzu, Beherit, Virus. 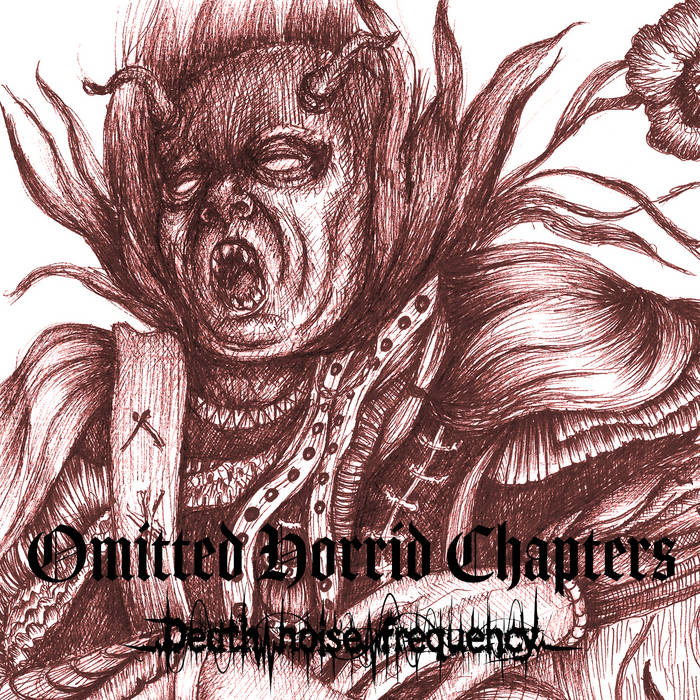 7. Sadness – "Every Tuesday, Tuesday is Green," from April Sunset (Atmospheric Black Metal/Post Rock – Independent). I really have given up trying to understand/fathom anything having to do with Sadness. I've been on the Sadness bandwagon since 2017's fantastic Leave and have been dumbfounded ever since. It's not just the sheer amount of music Damián Antón Ojeda churns out seemingly every day, it's the unreal quality of that unreal surge of creativity. It's all, in other words, good. But not only good, mind you, it's him. Notorious at this point for being same-y and bland, Ojed's music is always personal, always unique, and always special. He's kind of a Patrick Walker figure in that way that I don't think he's actually a black metal musician, much in the same way I don't think of Walker as a doom musician or even as a singer-songwriter, it's just that the music that emanates from his soul fits what we think of as these genres. One of the best albums of the year, without a doubt, and how in the damn world is that even possible? FFO: Unreal music. 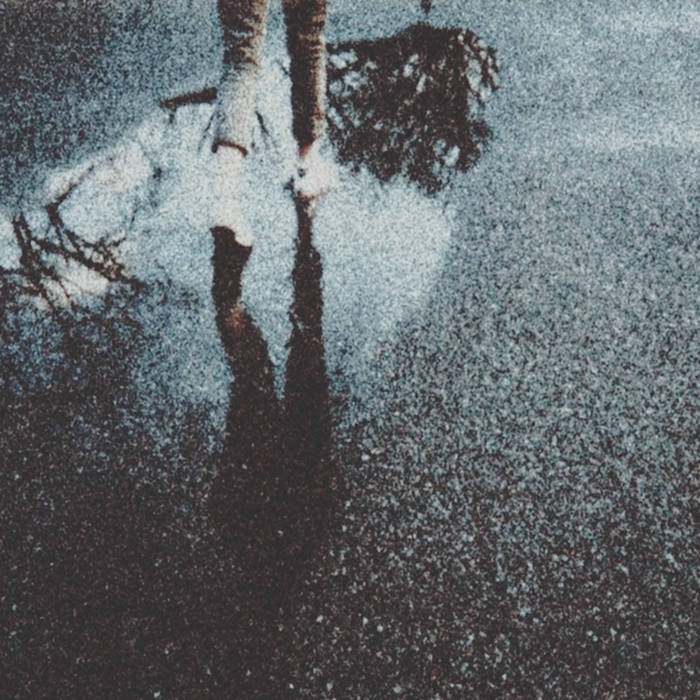 8. Malevich – "Impedance," from Meditations in Affinity 4 Way Split (Zegema Beach Records and The Ghost Is Clear Records). The Atlanta quartet also known as the sludgy, crusty, blackened chaotic mass that is Malevich is kind of back with new music, for the first time since their stellar 2019 album, Our Hollow.  Kind of back since this is really just track off of a great split, but not nearly enough. But it'll have to do, especially since it kicks various asses, is as heavy as a grain silo, and it sounds like some people may have died in the recorded process. Cool shit, please more. Please. FFO: Converge, Wake, Cloud Rat. 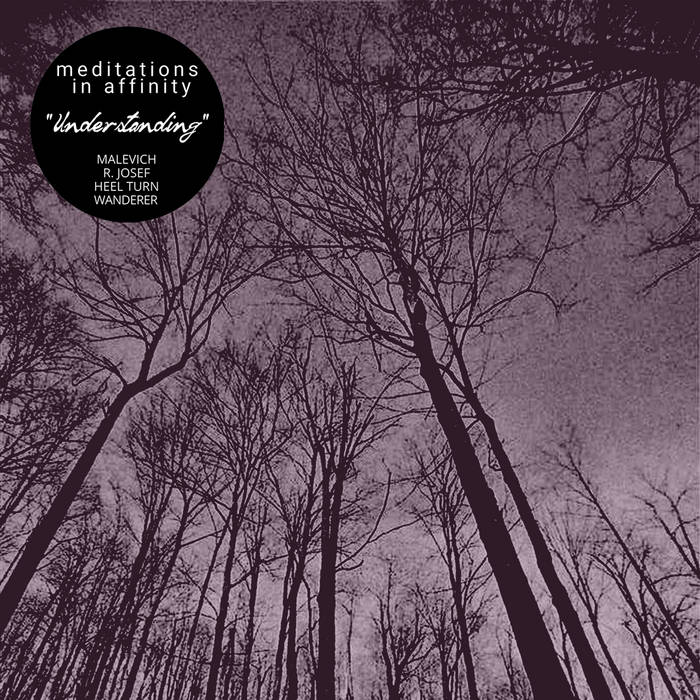 9. Mystras – "To The Builders," from Empires Vanquished And Dismantled (Black Metal – I, Voidhanger Records). Ayloss, the brain, riffing hands, and stomping feet behind Spectral Lore, is basically a once-in-a-generation type artist. Everything he touches turns to charred copper (gold felt weird here), whether through the more avantgarde, twisty bend of SL or the medieval-inspired, crusade-centric Mystras. And I have to say, as much as everything seems to flow organically from one project to another, and while there really isn't a clear-cut division between his various modes, a lot of what I already liked about SL was somehow funneled into Mystras, with this the most recent album from that project being the best iteration of that mode. So, I guess I'm saying the artist responsible for some of the best black metal of the past decade is, somehow, only getting better all time. FFO: Obsequiae, Spectral Lore, Ungfell. 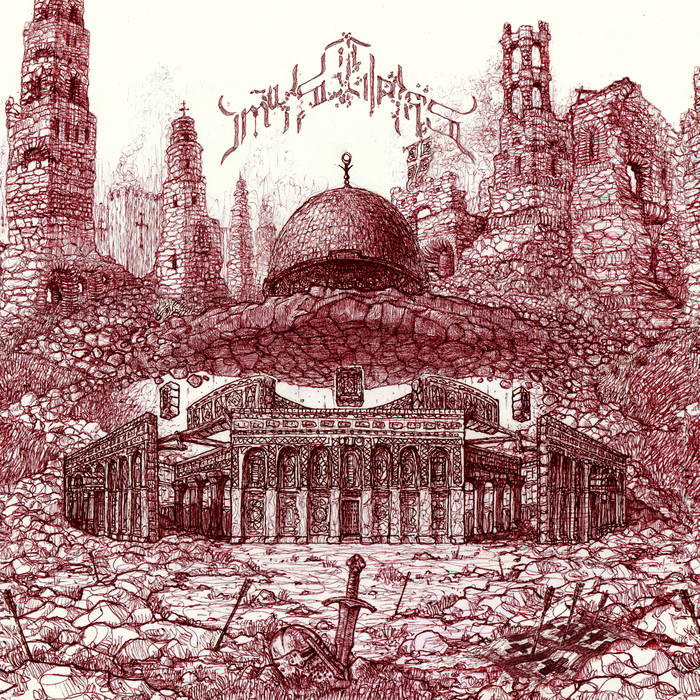 ONE: Our awesome compilation.

TWO: YOB has opened pre-orders for the deluxe edition of Atma.

THREE: Get the new ZAÄAR album via I, Voidhanger. Brilliant improvisational madness.

FOUR: Get the first two EPs from the amazing band Chrome Ghost on tape! And their debut too.

FIVE: A new EP from the amazing Völur.

SIX: A new release from the incredible post-rock project Fargue is announced, pre-orders up.

EIGHT: There's a new The Sun’s Journey Through The Night album which is code for "some of the best black metal you'll hear so go get it."

NINE: For your sludging delight, the new album from post-metal titans NŪR.

ELEVEN (!?): A new EP of music from LINGUA IGNOTA dedicated to Jimmy Swaggart because why the hell not.

ONE LAST THING, PROMISE: You hardly need me for this, but for the love of GOD please get to listening to the new Mortiferum and buy the shit out of everything.