Hi all. OK, a few things to do and a few people to thank. First of all, this week saw the release of a brand-new Pillars of the 90s interview with Canadian mathcore/hardcore band Acacia, about their masterpiece Untune the Sky. Haven't heard of them? Cool, because that's basically the point. I've been obsessing over this, for the most part, obscure gem for years now, and this in-depth interview represents my small attempt to get more people going on some sweet, sweet Acacia, so please check it out, even if you don't necessarily know it, and give them a shot. If you're in that Craw / Coalesce space, well, I have some great news for you.

In the "thanking" people section, I would like to first thank my lovely Patreon patrons. Having you in my world is better than having kids (don't tell my kids). Next I want to thank the brilliant Calder Hannan (Metal Music Theory / Florid Ekstasis) who mentioned MILIM KASHOT VOL. 4 on his recent (and excellent) Best of 2022 video. You rule my world, Calder. And lastly I want to thank the equally brilliant Wolf Rambatz who mentioned this amateurish excuse for a metal website in his wonderful newsletter/substack, Plague Rages (which you should be following right now). Good people, making the world cool. Thanks!

1. Iravu – "A Fate Worse Than Home," from A Fate Worse Than Home (Atmospheric Black Metal – Vita Destestabilis Records / Fiadh Productions). I mean, if you've been reading your Freud you would know by now that there is, in fact, no fate worse than home. But, psychoanalytical nitpicking aside, this is the beautiful debut full-length from Malaysian/Indian one-man project Iravu. If you're in that cosmic atmospheric black metal camp, you know, the one run by Mare Cogitum, then this a must-listen. FFO: Mare Cogitum, Aguilus, Ethereal Shroud. 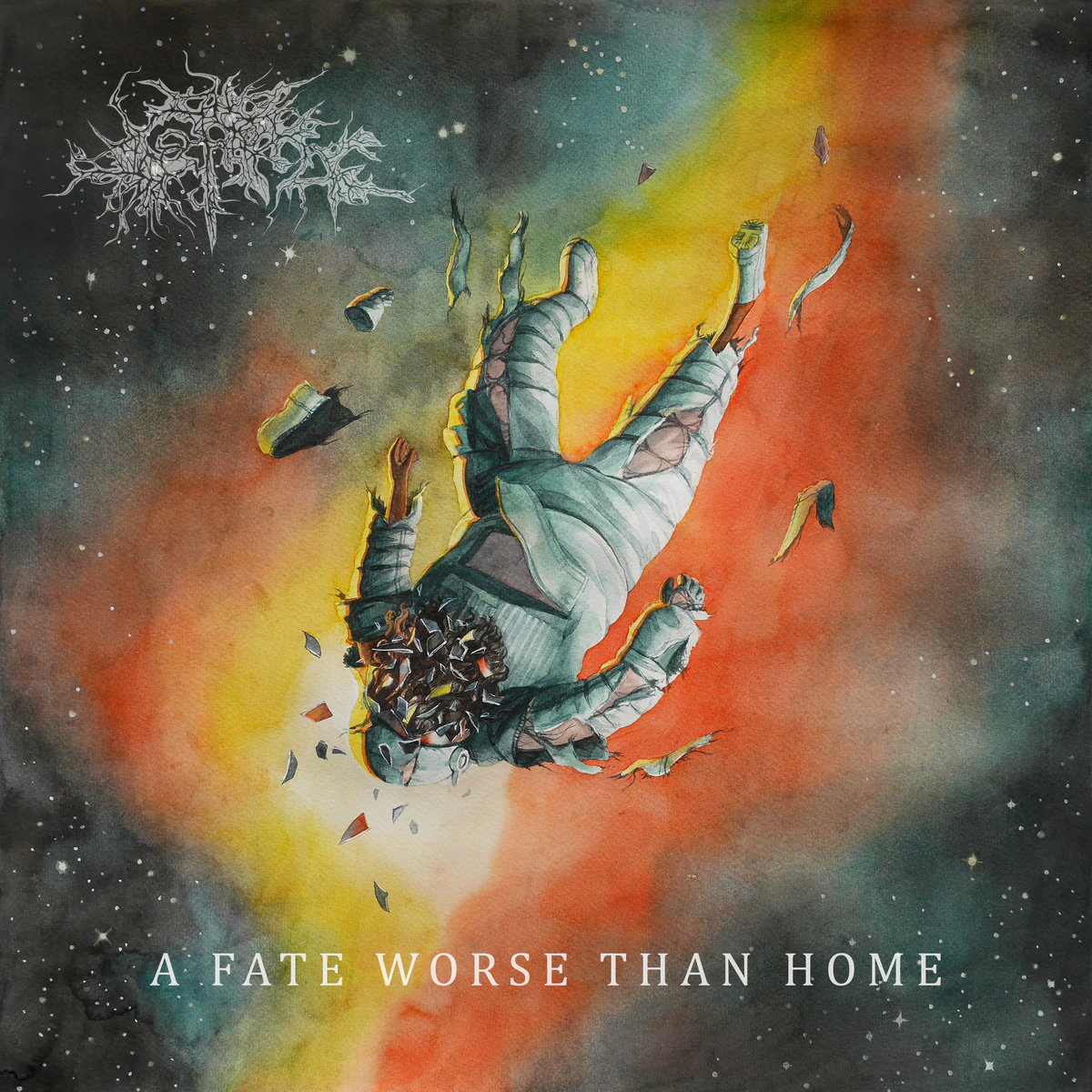 2. Tumulation – "Rites Of Forgotten Misery," from Savage Blood Domain (Death Doom – Independent). A fantastic new death-doom side project to the already fantastic Conjureth, who are themselves (same people, very confusing) a new album album in a few weeks (see next entry). A slow-moving glacier of death with some absolutely wonderful vocals (if I'm not mistaken this is basically Conjureth but with everyone changing their roles, so I guess that means I fucking love the performance by whoever got the vocal job this time around, though I suspect its just the usual amazing vocals). FFO: Vastum, Mortiferum, Spectral Voice. 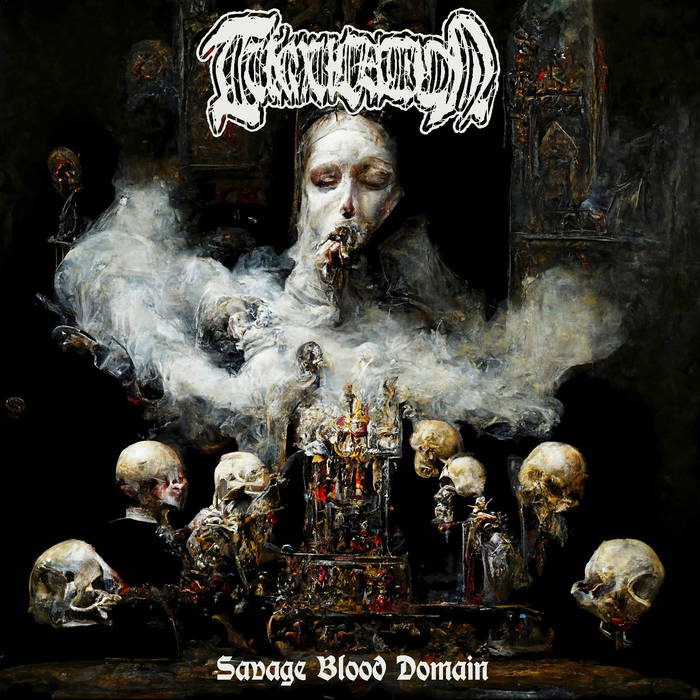 3. Conjureth – "Cremated Dominion," from The Parasitic Chambers (Death Metal – Memento Mori). Alright, back to the mothership. Speeding things up, then, fucking them up, then, and showing, again, why Conjureth are one of the best new death metal acts to pop up in recent years. Spastic riff changes, maniacal drumming, descending melodies that feel like falling into death, and some very pretty leads. What else would one want? FFO: Witch Vomit, Undergang, Napalm Death. 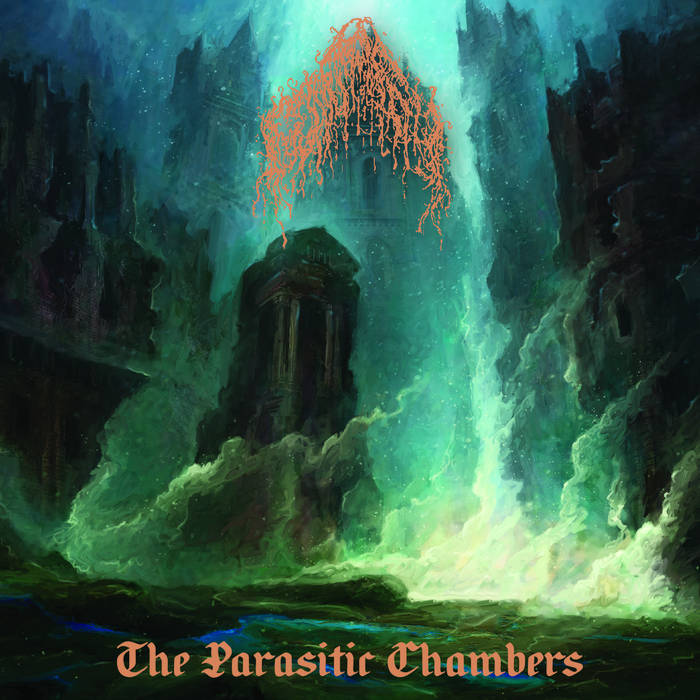 4. Abandoncy – "Machine Organism," from Norse​/​Abandoncy Split (Noise Rock / Experimental – Shove Records). It's been a while since I shouted out the fantastic Shove Recrords, and boy what a joy it is. The entire split is amazing and unrelending and beautiful, but this tiny 1:45 minutes of a track has so much weird magic in it that I just makes me wish it was a 1:45 hour track. Brainy, intense, and amazing. FFO: The Jesus Lizard, Chat Pile, Intercourse. 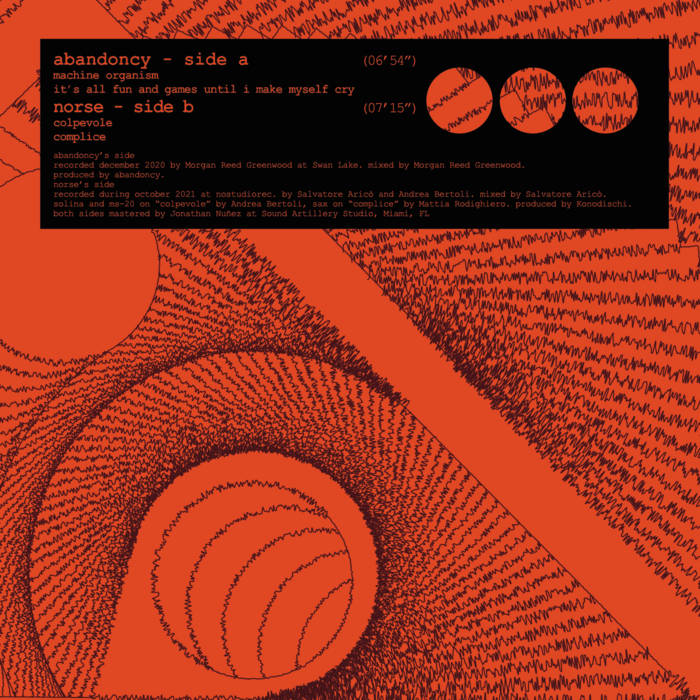 5. Sammale – "Meht​ä​n Kultainen Kuningas," from Sammale (Atmospheric Black Metal – Naturmacht Productions). I don't really buy tapes as much as I would like to, mostly because we're moving, renovating, and evidently never ever going to stop making babies. So when I say this was the first tape buy of the year that statement carries some extra weight with it. What a magical albums from this brand new project from the mind behind a couple of other projects of which I have never heard (Marrasmieli and Paisaunt), but which I shall be checking out anon (!). A very old-school Wolves in the Throne Room vibe, along with some floaty folk and beautiful, shimmering musicianship. The 2023 AOTY Google Doc is open for business. FFO: WITTR, Vukari, Fen. 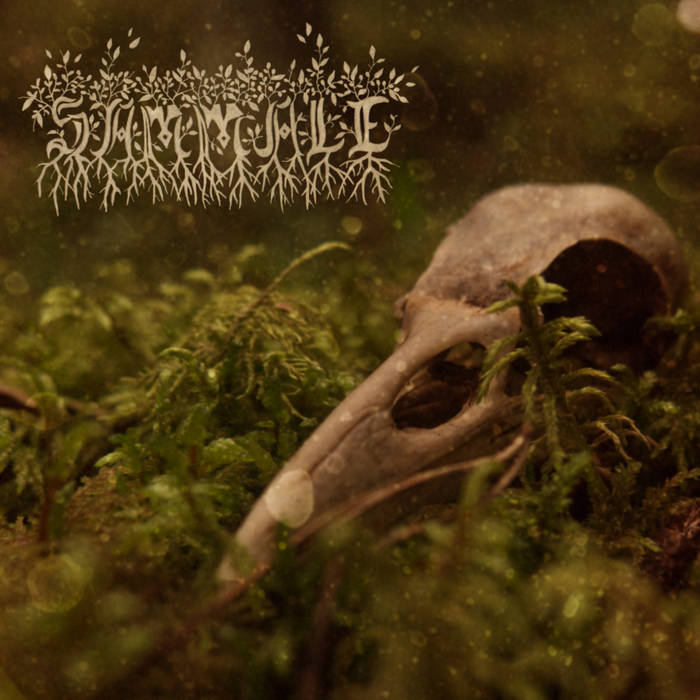 6. Рожь – "И​с​т​и​н​а," from В​с​ё (Atmospheric Black Metal / Post-Metal – Reflection Nebula). So, some more atmospheric black metal, but this time not from an unknown (to me) but from a loved (by me). Рожь (rye) have quite reliably released some of the absolute best atmos bm of recent years. The fabulous В​е​ч​н​о​е was one of my favorite albums of 2021, and this new one just hits every fiber of my emotional being in just the right way. You have the etherial atmosphere, you have the punchy drums, and you have that wonderful, slow-burn progression that has become such a hallmark of Рожь's music. Music to live with. FFO: A bunch of atmospheric bands, whatever. 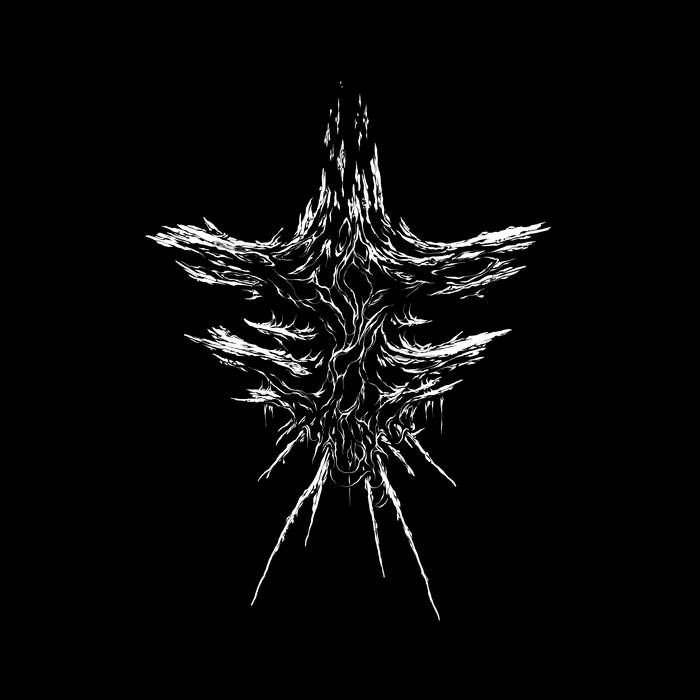 7. Ulthar – "Astranumeral Octave Chants," from Anthronomicon (Music Only Ulthar Make – 20 Buck Spin). I'm not going to go into a "state of metal online" rant, mostly because it would reflect only my fragile ego and not objective reality, but one of the drawbacks of doing this once a week is that I get to be delighted and shocked by fantastic news and then get all petty about "everyone going on about it." But I actually don't care this time around. I mean, I do, but Ulthar is too important to me as well as to the continued success/downfall of the human race to be bogged down by my inner child. If you know, you know. There is nothing like Ulthar, the manic brainchild of, oh, just a few geniuses – Steve Peacock (Pale Chalice, Pandiscordian Necrogenesis, Spirit Possession), Justin Ennis Drums (Vale, Void Omnia, Mutilation Rites) and motherfuckin' Shelby Lermo (Vastum). A couple of albums (double album?) coming out soon, and if they're not top 10 by the end of the year then my name is not "the idiot who ruins his weekend every week to write music reviews." FFO: LIVING LIFE! 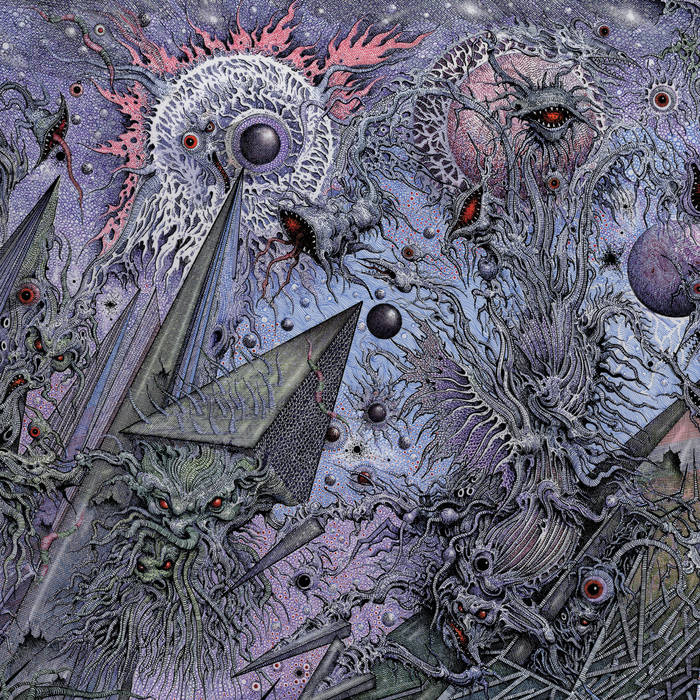 8. Obelos – "Doomsday Sleeper," from Green Giant (Stoner Doom – Forgotten Sorcery Productions). I mean, this was a stacked week, and my running list of tracks I wanted to fit into this post is at about 30, and yet here I am putting some weed plants and promoting a stoner album. There's a fucking bong in the logo, for crying out loud. None of this makes actual sense. But it's just so, so fucking good, and spaced-out, and fuzzy that even I, the most cynical of people, had to succumb to the pyroclastic cloud of meandering marijuana smoke. So shall you. FFO: Questionable life choices. 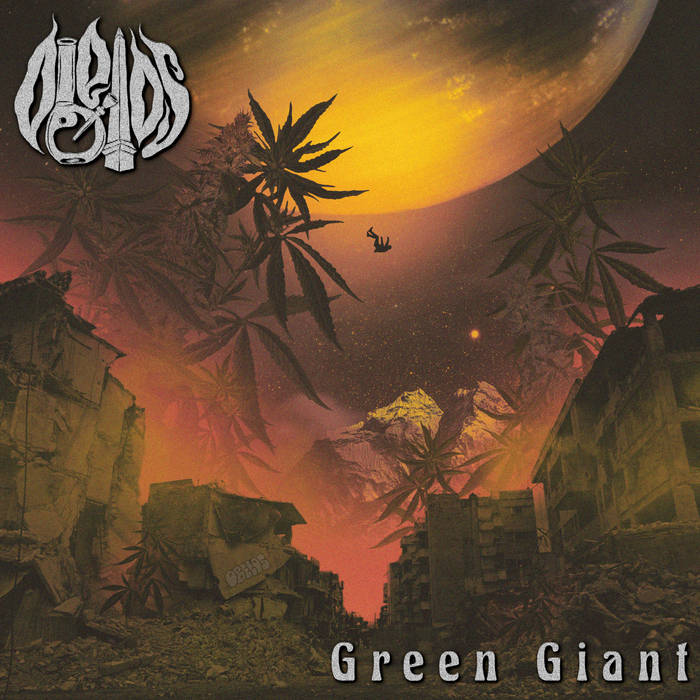 9. IER – "御​霊​信​仰," from 御​霊​信​仰 (Avant-Garde Black Metal – Independent). I mean, yes, the internet has come a very long way. In the fever pitch of trying to post "the most obscure band to said Facebook group before anyone else" it seems that bands that were super underground and underrated a few years ago are instant hits as soon as they drop on Bandcamp. And yet, even in this arguably unsustainable level of hype, some brilliant, unmatched acts remain in relative obscurity. Such is the case with the amazing, music defining IER, who just refuse to ever release mediocre or boring music. Always operating at 11 in terms of both creativity and emotion, they are, to me, one of the absolute best at making the absolute best kind of music – fucked up, forward-thinking black metal. FFO: Nothing is Real, Swarrrm, Kaatayra. 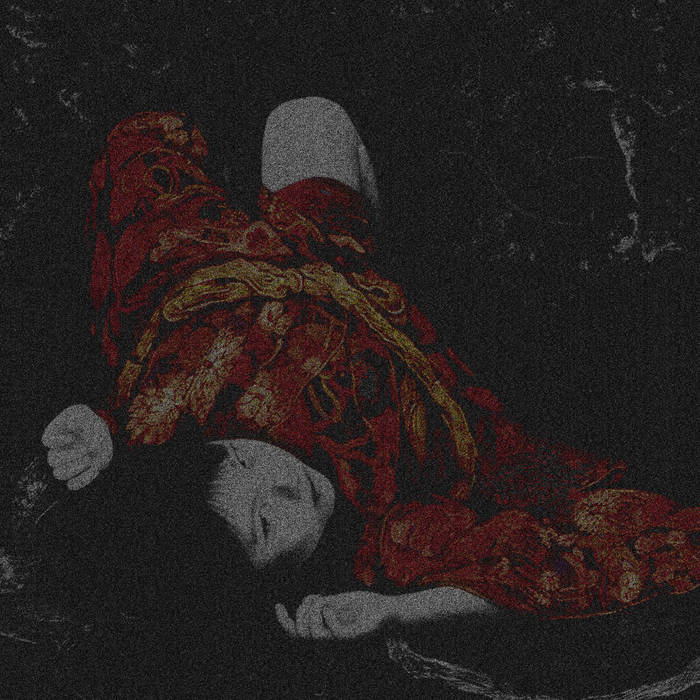 ONE: Thanks to a wonderful friend with superb taste I too now have been initiated to the cult of Slutet. Unhinged, screamo-ish, reverb-eating black metal. Amazing. This TRACK. Oh God.

TWO: There's a new Esoctrilihum album. Is he human? No, he is not.

THREE: Wolves and Vibrancy are re-issuing Rorcal's massive sludge masterpiece Heliogabalus on vinyl. Get it.

FOUR: I actually sent the Sleeper AOTY list to my Patreon patrons, just like I promised! I'm a real adult!

FIVE: Liav of the fantastic Israeli post-black band Ketoret released a new track from his pretty great drone project, if you're into that type of thing.

ONE LAST THING, PROMISE: Sightless Pit, who released a monster of an album in 2020, are releasing a new one this month. Yay.

← Machine Music's Pillars of the 90s: An Interview With Acacia
NINE SONGS I LIKED THIS WEEK IN LIST FORM JAN 8 – JAN 14 →