THE WAR INSIDE MY HEAD: AN INTERVIEW WITH CROWHURST

To the uninitiated, the "The War Inside My Head" interview series was meant as a way for me to provide a glimpse into the minds of some of my favorite current musicians, all while avoiding the heft and, honestly, labor, both emotional and physical, that goes into sustaining the "flagship" interview series, The Albums of the Decade. And as it turns out, without any real intention, this series has also become that place where I get to converse with more underground contemporary – dare I say "young" – artists, that, to my mind at least, represent the cutting edge of what's going on in the global music scene.

Having said all that, it gives me much pride to present the next installment of this series with Jay Gambit, the seemingly-endless-stream-of-projects-in-human-form most notably behind the noise/metal project Crowhurst, but also the guiding force behind such projects as Executioner's Mask and a frequent collaborator who has worked with anyone from Dutch black metal legend Gnaw Their Tongues, English sludge terrorists Dragged Into Sunlight, to, most recently, English composer Gavin Bryars. But even without his inclination to collaborate and initiate new projects (such as this insane little thing), Gambit's penchant for sound exploration and experimentation can easily be deleted within Crowhurst's discography itself, nimbly shifting between noise, industrial metal, goth, sludge, black metal, and grindcore. And a lot of that variety can be heard in what I would personally consider to be one high point in this ever-active career, Crowhurst's most recent bull length III (2019), one that benefited from the talents of collaborator and one-time Crowhurst member Andy Brignell-Curtis of Caïna and Ritual Object (who also took part in this interview series late last year).

Before we get to Jay's musical selections and his discussion of some of his influences and inspirations I would just like to add that you can follow Machine Music on any one of our social media outlets (Facebook, Instagram, Spotify) and also, if so inclined, support us on Patreon. My aim has been to use whatever support we can get to produce interviews like these, focusing on the art and life of that art, as well as other projects supporting our local scene, such as the newly launched music compilation MILIM KASHOT VOL. 1 of amazing local metal, hardcore, and noise. On to Jay. 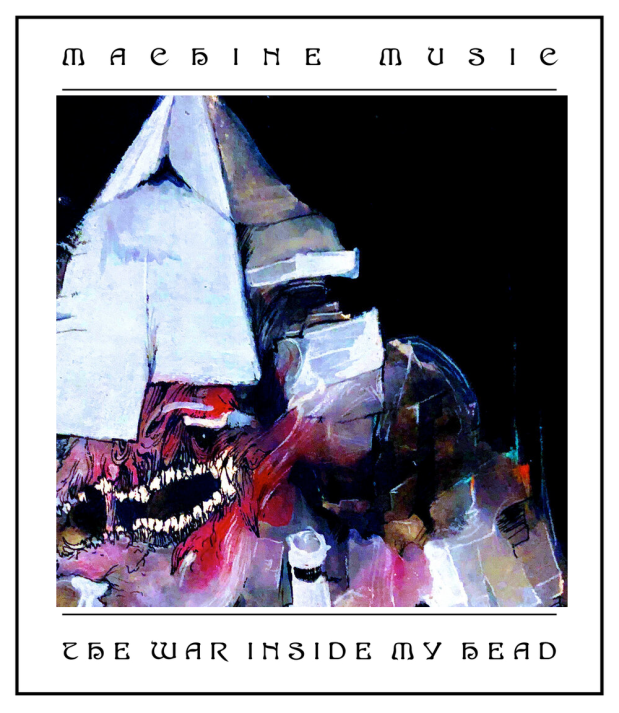 I believe it was Portrait Of an American Family by Marilyn Manson along with Busta Rhymes' When Disaster Strikes at the Record Town (or maybe it became Blockbuster Music at that point) in the mall.

In a way they were kind of the "Willy Wonkas" to their respective chocolate factories of strange, music-based art and curation. Both had their own teams of artists (Busta with Flipmode and Marilyn and Trent with their Nothing/Interscope family) that they represented and it only led to digging down deeper and deeper rabbit holes.
What 2-3 albums did you hear the most growing up?

My dad loved AC/DC’s album Live so I heard that a lot. I listened to the Mortal Kombat and Matrix soundtracks a lot. The mid-to-late 90’s were a prime time for soundtracks.

What two albums taught you the most about making music (mixing, production, performance)?

I’d say that our experience with Jack Shirley was ultimately one where I learned more about the nuts and bolts of making a record in a studio than ever before.

The album in history that I’ve done the most reading about is David Bowie and Iggy Pop’s Low, which ultimately spawned multiple generations of influence from industrial (the kick on "Nightclubbing" is the main beat in Nine Inch Nails’ "Closer") to post punk (Low was found still spinning on the turntable of Ian Curtis when he was found dead) and the legacy of which endures to this day.

What is the last album that absolutely shocked you?

Gape by All You Know Is Hell was really, really good. I suggest that band wholeheartedly. What’s shocking in 2020, our year of sub-sub-sub-genres and a consistently changing music industry is music that defies any sort of description or takes some new direction that hasn’t been explored. Gape goes into areas of both modern doom and industrial metal in a way that just feels shockingly refreshing.

What album relaxes you or centers you the most?

There’s no one specific album I turn to more than others, as things come in phases. I listen to a lot of Hiroshi Yoshimura and John Fahey these days to chill out.

Dark Blue dropped one of the best dark post punk records of 2019 with this new one called Victory is Rated.  L.O.T.I.O.N. released the World Wide W.E.B., which sounds like the future, and that’s been getting a lot of rotation. A ton of Buck Owens as well, although that’s all compilations.

What album is grossly underrated?

Their entire discography, but especially the album Anna’s Opera by Country Death. Brian is a genius and ultimately much better at pretty much everything than most people. If this were a fair and just universe, Country Death would be the biggest band in the world.

What album would you recommend from your local scene?