Machine Music's Albums of the Decade: An Interview with Wreck and Reference

This is the 33rd installment of the Albums of the Decade series of interviews. For the rest of the series go HERE.] 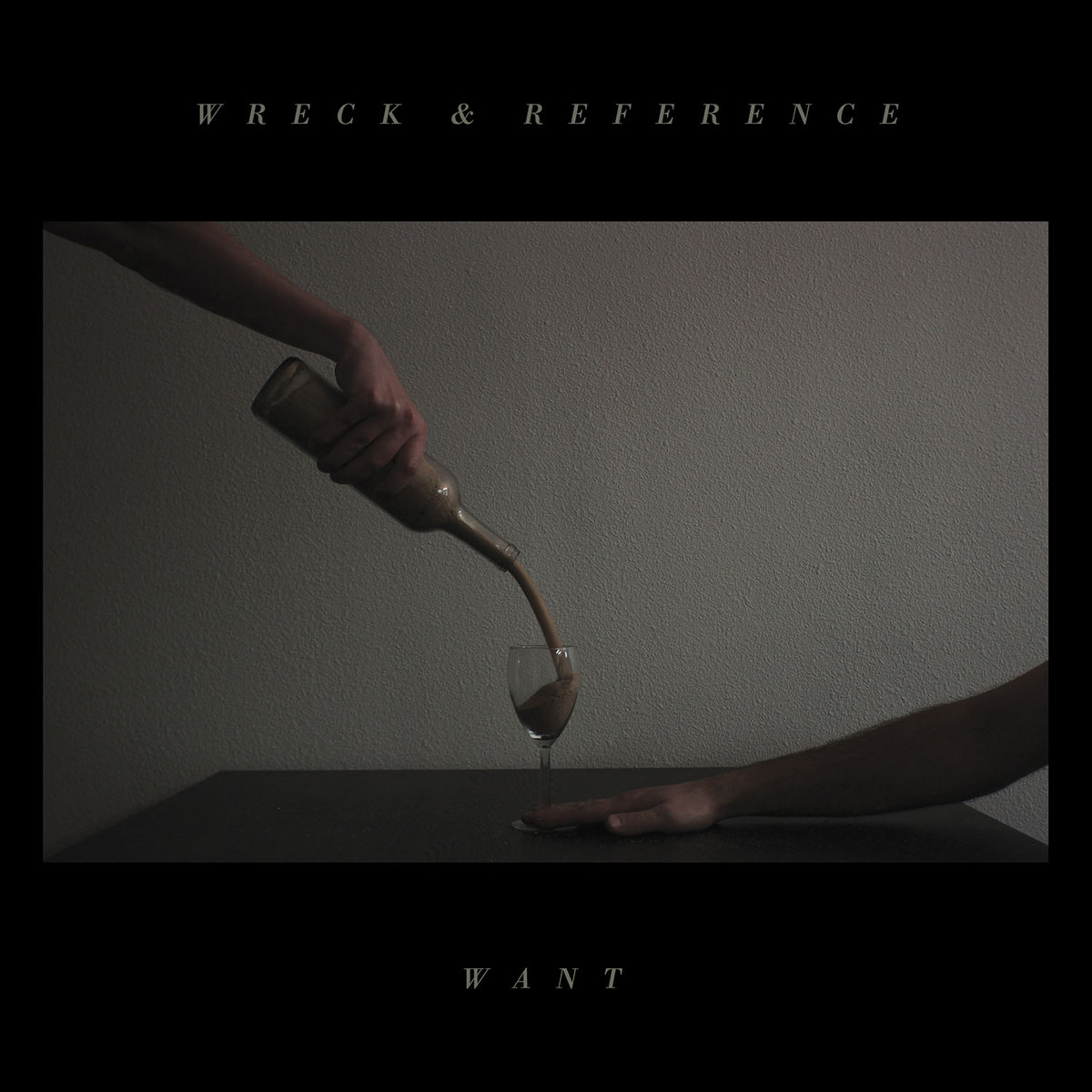 The Bare Bones: Want is the second full-length from undefinable Los Angeles duo Wreck and Reference.

The Beating Heart: There are many different reasons why I chose the albums and bands that participate in this project, some having to do with how often I listened to those albums, some having to do with the impact that album had on a specific genre or trend. Wreck and Reference aren't any of those bands. Wreck and Reference have been included in the Albums of the Decade series for the simple fact of inventing a mode of emotional expression. And that may seem, at first, like a minor task, especially considering the many categories music seems to need to fit in order to be placed in strange summary-like projects such as this one, the biggest of those is probably that it has to be "good," or something like that. And, make no mistake, Wreck and Reference are, in fact, "good." They compellingly charge ambient sounds with the the threat of emotional violence, and instill a sense of melancholy and loss into the most brutal and noisy musical passages. But their genius lies not in those aspects alone but in defining a new way of feeling and, as a result, a new of feeling music. They are not "emo," whatever that means, nor "indy" or "hardcore" and it's safe to say they're not "metal" as well. And yet it is as if they plucked the imagined peaks of emotion from any one of those genres to weave a summit of pure pain and vulnerability all their own. There is something, no doubt, desperate about Wreck and Reference, throughout their discography. And yet it is never a desperation devoid of beauty and of hope, even in that shadowy hope that resides in the ability to beautifully project pain.

As always, before heading into my correspondence with the philosophically named Felix Skinner and Ignat Frege I would encourage you to catch up with the Albums of the Decade series as well as, perhaps, check out our brand spanking new podcast MATEKHET (YouTube, Soundcloud, Anchor). Also feel free to follow us on Facebook, Instagram, Spotify and also, if so inclined, support whatever it is that we do on Patreon. Thank you for your time and readership. On to Felix and Ignat.

Do you remember a moment you had with a song or an album, perhaps as a younger person, that changed the way you thought about music, or what music can be? A watershed moment of, perhaps, shock?

FELIX: A lot of things come to mind, but one that comes most easily is seeing the Mae Shi in 2006. It was my first time seeing anything so chaotic, so spasmodic, and yet so controlled. A lot of people in the audience were laughing in discomfort. I think it took me a few days to come to terms with what I saw, that this was something I wanted to recreate myself.

IGNAT: I think around the same time there were plenty of weird inspirational things that were coming out like Skin of Evil by Blackout Beach or Drums Not Dead by Liars, Red State by Gowns. That’s when we graduated college and were getting more into making noise music, that’s when things really got weirder, in a sense, wanted to see what kind of stuff was possible. Sampling, Ableton, that kind of stuff came as a direct result from that. The world was receptive to noise and abrasiveness, loud stuff, that kind of experimentation.

And, as a kind of followup, looking back as an adult artist, can you understand in some way some of the elements that attracted you to that moment? Something in the music, the lyrics, the intent?

FELIX: There were lots of surface features that stood out, the use of technology, the distinctive visual characters in the band, but what really got me was the immediacy and rawness. It was an affront and I loved that. I love affront.

Could you describe some of the background of Wreck and Reference coming into being? How did you guys get together, and what was the motivation behind starting the project?

IGNAT: Yeah, that was around that same time we were just talking about. Felix was in India for six months and then he came to live with me in a college town, in a house with five other guys. There were amps and drums, delay pedals. You could do whatever you want there. We bought these huge panels of particle board and tried to keep the sound in but it didn’t make a lot of difference. I remember there was a guy that lived down the street that had a music blog, he came to our show not knowing who was playing, and he wrote about it in his blog. Yeah, that shit sucked when it came down the block and it still sucks. We had just finished Black Cassette at that time.

There’s a sense in Want of toning down, somewhat, the brutality of the music and/or noise and shifting into a mellower background to the very extreme expression of emotion through the vocals. Was that an intentional attempt to create more of an emotional dynamic, or did you guys just experiment and stumble into that?

FELIX: We have always tried to avoid being too strategic in songwriting. We squeezed our brains like toothpaste tubes and scraped it all around on the canvas and all you got was the mess.

One of the things that has always fascinated me about Wreck and Reference was that represented a unique mode of emotional expression. It’s not emo, it’s not metal, it’s not post-hardcore, or RnB, or any other genre that seems to be focused on expression real-life pain. It’s a world unto itself, with some weird neighbors that I just randomly decided are artists that are as personal and as piercing as you guys are: 90s Crowbar and bands like Orchid or Skinny Puppy come to mind. I would be interested in hearing if you had any other artists you found inspiring in that realm, of laying it all out?

FELIX: I think a lot of our formative music inspirations came from outside the world of “heavy” or “extreme” music, more indie, punk, folk shit. When we started to get into metal and darker music, we were drawing on a different reservoir of ideas and sounds than our peers. Whatever we listened to, we always prioritized pure expression, so it’s good that shines through.

Looking back at Want now that you’ve had two albums since, and given that you’re always interested in shifting your sound, is there something about the ideas or execution of that album that you’re still especially proud of?

FELIX: When I listen to it I feel how I felt in 2013-2014. For many reasons, that’s not a time I would go back to, but the feeling that we were able to bottle that, feels powerful.

IGNAT: It’s probably the peak of heaviness that we did experience as a band. The states we were in at that time were just messy and there’s hardly anything to be proud of, in that way. I am proud of the music though. I do love the intensity that we were able to create with songs like “Bankrupt” or “Corpse Museum.” We played those songs on a lot of tours. We played them so hard, I am pretty sure I have a permanent injury in my forearm from playing drums in “Bankrupt.” It’s catharsis, it’s angry, it’s introspective, it’s quiet, it’s ugly, we tried to make it human, you know it gets messy if it’s human.