A big week in my own petty personal life and a week of cautious optimism regarding the world at large. Though, speaking as someone who spent an unnatural amount of time reading up on WWI, it usually gets way worse before it gets worse again, and then again, and then maybe gets better. Hope I'm wrong. This week was also pretty great in that I was able to finally publish my Pillars of the 90s interview with Coalesce frontman Sean Ingram, originally conducted last summer. Turned out great and he was happy about it so that's even better. Other than that, keep safe and, naturally, while you're at it check out our multiple interview projects and other cool shit. And if you'd like to keep abreast of the latest, most pressing developments follow us wherever we may roam (Facebook, Instagram, Spotify, Twitter), to listen to our shitty podcast (YouTube, Spotify, Apple), and to check out our amazing compilation albums, and give me your damn money (please!) on Patreon. Much love to all Patreon people, you rule my underworld. Bye.

1. Sea Mosquito – "Fire, Magic & Venom," from Fire, Magic & Venom (Black Metal – Independent). I reviewed Sea Mosquito's 2019 EP back in 2019 and remember it being a very original, surprising piece of experimental, intersting black metal. And that was nice, a good experience, everyone (me) was happy, so great. And then they go ahead and release this monster of a song/EP, destroying every last neuron my already feeble brain had. But in a way it would be wrong to call it a "monster," for two reasons: 1) it's a tired, metal-reviewing cliche that actually means nothing and is entirely worthlessl and 2) the word "monster" seems to appeal to some other-worldly, dehumanized artistic voice, like being overwhelmed by, ah, a monster. This isn't the case. This is human, fragile, confused music being transformed into angst and aggression through the medium of black/progressive metal. It's so fucking good, I guess that's what I'm saying here, and the most listened-to album for me all week. Tireless, never running our of brilliant ideas and not afraid of "wasting" them on short passage or ligaments. And that "speaker switch" around 07:45 is the best musical moment of the year for me so far, both because the mood and the melodies are so beautiful and because it's a piece of blatant studio trickery (and a pretty simple one at that) that to me performs the same work as similar "simple" studio tricks of 90s metal. That whole passage, with the switching going on, is the kind of magic that makes me feel 15 again, despite turning 40 in two weeks. I'm old. Add to that the drum groove going on around 11:50 and I'm dead. Brilliant, must-hear music. FFO: Blut aus Nort, Esoctrilihum, Dødheimsgard. 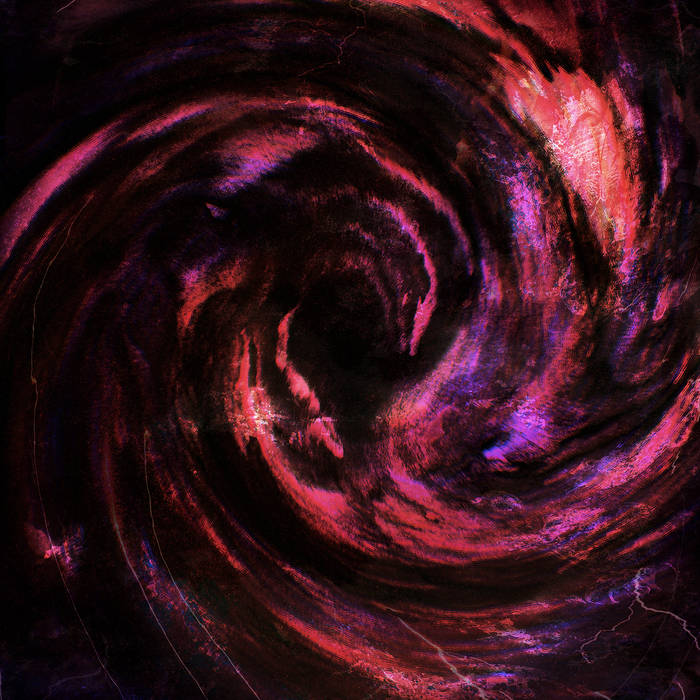 2.  Fossilization – ״Blight Cathedral," from He Whose Name Was Long Forgotten (Death-Doom – Everlasting Spew Records / Transylvanian Recordings). There comes a time in a person's life where all that is required is an atmosphere of suffocating death like a pack of hyenas surrounding your dying campfire in the dead of night, salivating over your body. It's just science, that's all. And when that urge comes upon you, like a black rain of hate and stuff like that, then this debut EP from the Brazilian duo named after one of my favorite geological processes will absolutely do the trick. And in case you're wondering where did all of the riffs come from be sure to notice that this is a death metal side project of one of the best atmospheric doom/sludge bands around these days, Jupiterian. So be sure to check them out too. FFO: Kever, Corpsessed, Mortiferum. 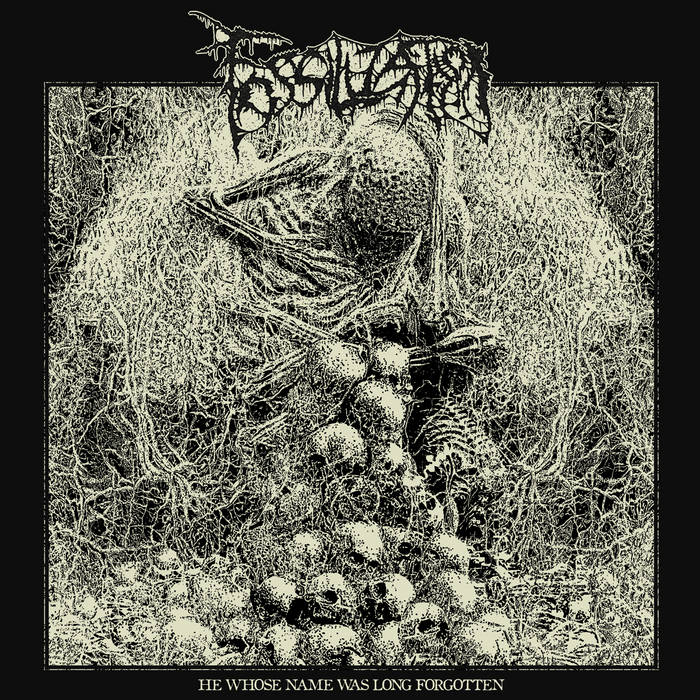 3. Turris Eburnea – "Malachite Mountains," from Turris Eburnea (Death Metal – Caligari Records). I have a good friend who, when asked about a certain combination of food would say: "What not to like? It's good and good." So, that's pretty much how I feel about this debut EP from duo Turris Eburnea, my excitement for which was expressed back when the first of glimpse of it was released. Pitting together terrifying-soundscape-architect Gabriele Gramaglia (Cosmic Putrefaction, The Clearing Path, et al) and the master-crooked-skeleton-maker Nick McMaster (Krallice, Geryon, Edenic Past, et al) and you get what's easily some of the best "thinking man's brutal death metal" this side of a non-existent atmospheric Wormed album (which is basically an Afterbirth album, but nevermind). Creepy as all hell, ADD in execution, and just freakin' beautiful. FFO: Afterbith, Cosmic Putrefaction, Convulsing. 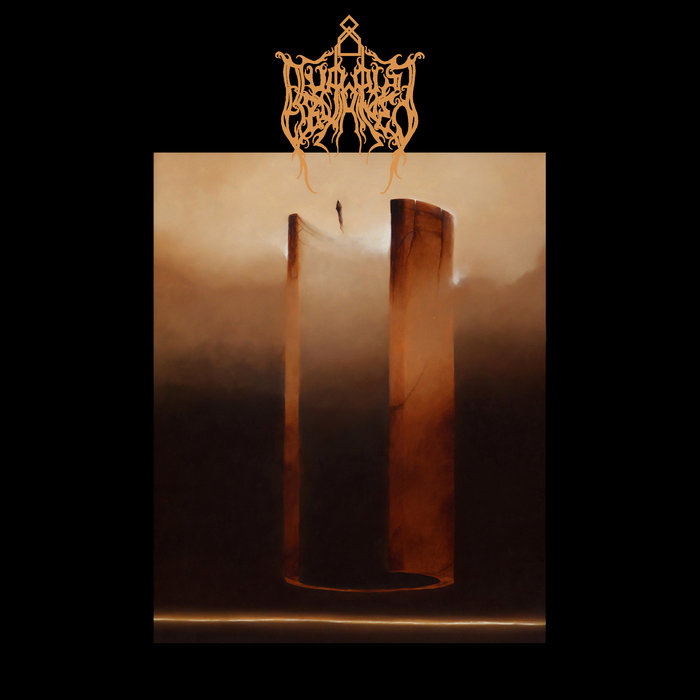 4. Old Nick – "Tears Shed Over A Medieval Grave," from  A New Generation of Vampiric Conspiracies (Black Metal – Grime Stone Records). There was a bit of a miniature social-media brouhaha about the importance of production in metal/black metal (or lack thereof). And, as all hot-takey debates online, it set up a false equation of content vs. style. No one is actually saying content doesn't matter, not does anyone say style doesn't matter, and everyone in their right mind (who aren't looking for some extra social media engagement, I guess) knows that all great art/music is what it is because they work together and are in fact inseparable. Old Nick to me is a prime example of this: objectively speaking this doesn't feel very well produced or, for that matter, produced (or mixed) at all. And yet by that strange magic of good art whatever that style of production (or lack thereof) is it fits the music and the mood perfectly. Old Nick works, when it does work, as a weird mix of children's music, ice-cream-truck tunes, and raw black metal, it works because it undermines its own seriousness regarding whatever it is that it's doing while being dead series about what it's doing. Crank up the "production value" and a lot of that goes away, and all you're left with is a version of symphonic black metal, and not necessarily this awesome music. This rips, by the way, and an amazing cover. FFO: Ice Cream Trucks, Curious George, That Man Curious George Story with the Ice Cream Truck. 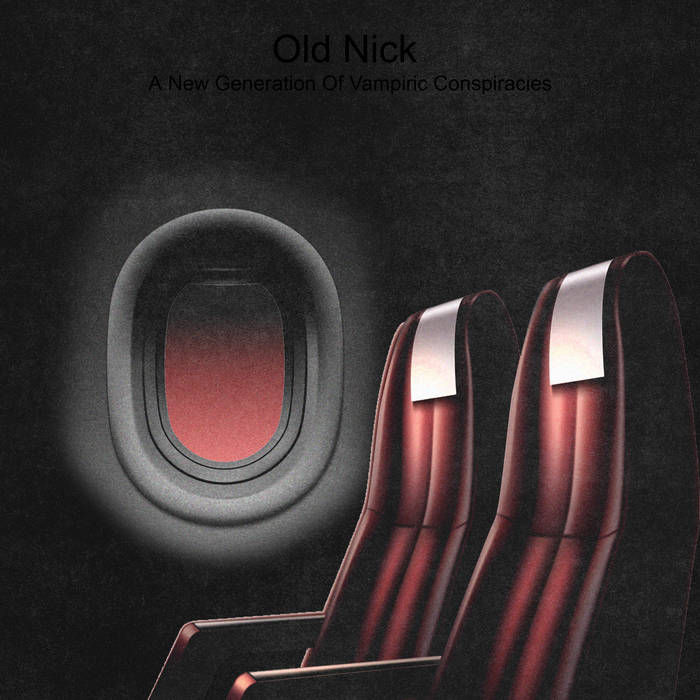 5. Florid Ekstasis – "Nothing Piercing Nothing," Fixitude (Man, I Don't Know – Independent). Maybe it's my upcoming dramatic/midlife-crisis-y birthday that's bringing out all these age-related references, but this fucking EP sounds like the nightmare the cold war was supposed to culminate with. Strategic thermonuclear missiles crashing into antiquated, reel-to-reel computer systems, unleashing an 8-bit, death metal charge of pain. Distorted death metal to the point of being anti-death metal and absolutely mesmerizing. FFO: Miserable Failure, Krallice, The Cold War. 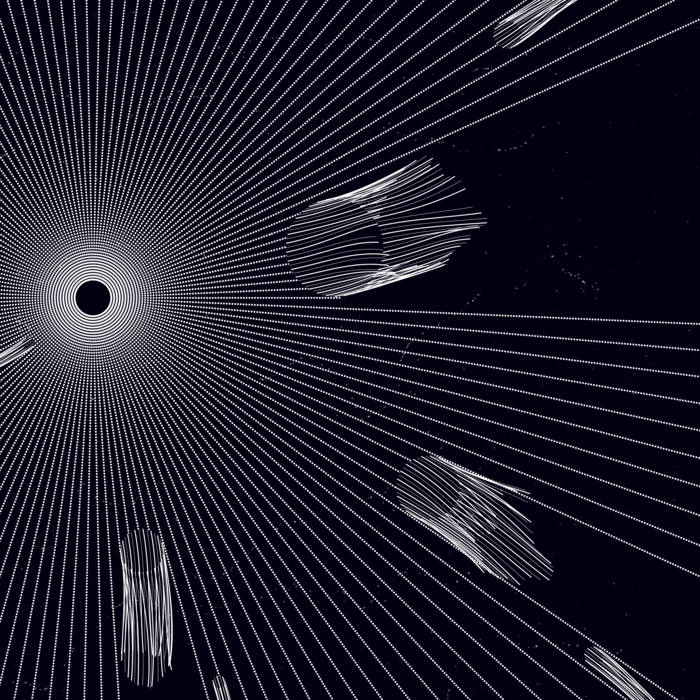 6. Nonagon – "The Family Meal," from They Birds (Post-Hardcore – Controlled Burn Records). It's been a whole hot minute before I heard a band perform a variation of that classic Dischord 90s sound as well as this. Which isn't to say this is derivative, it's glorious, just that it's so, so very hard to pull that mix of angst, aggression, spaciness that defined the careers of bands like Regulator Watts, Fugazi, and others. And so this here, what seems like a debut long in the making for Chicago band Nonagon, is like going trash diving and finding gold. Weird, all over the place and like a mid 90s time capsule of pure magic. Wonderful. FFO: Regulator Watts, Hoover, Abilene. 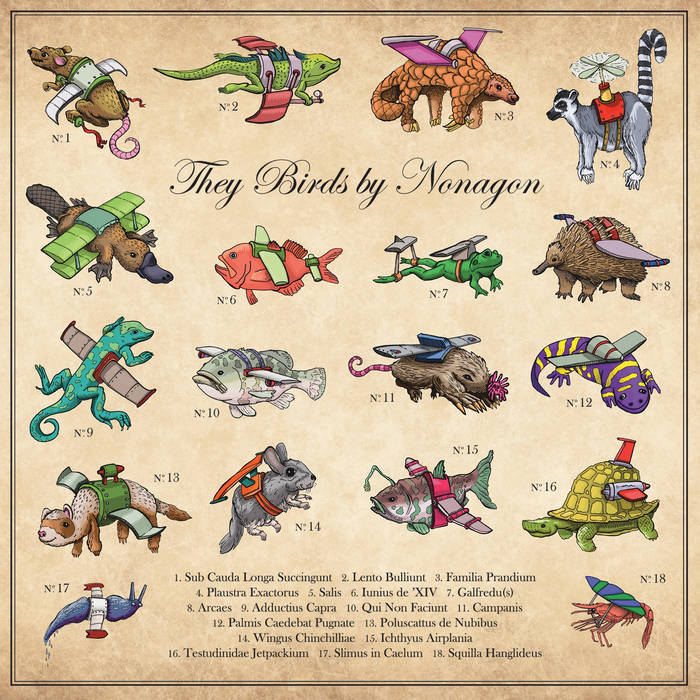 7. Abyzou – "Putresence" from Aeternum (Death Metal – Transylvanian Recordings). I mean, I don't have anything to say about this release, that came out digitally last year and is now getting the tape treatment. I do, I have things to say about anything, but in this case I'm not sure I see the point. Just turn this shit on and throw things around your room. That's it. FFO: Heretical Sect, Necrot, Witch Vomit. 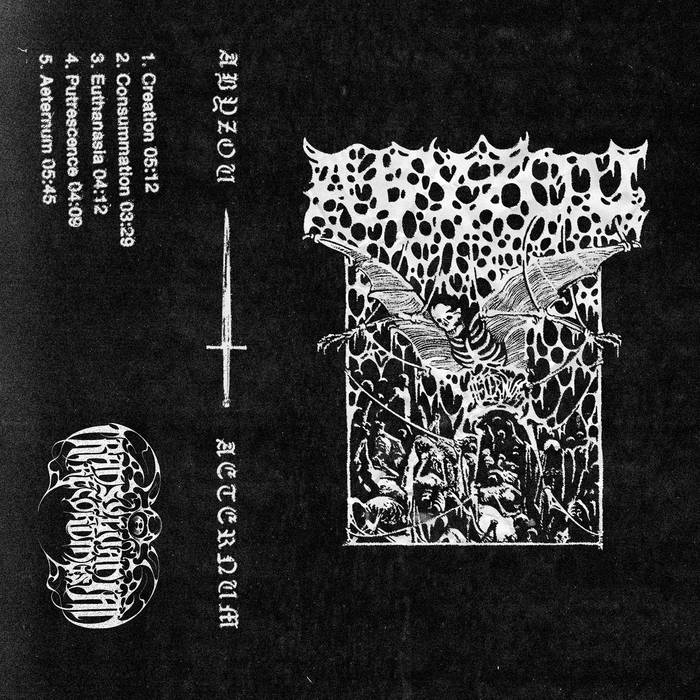 8. Empyrium – "The Oaken Tree," from Über den Sternen (Dark Metal/Folk – Prophecy Productions). I'll be closing out this week's installment with a couple of albums that I have been actively enjoying and yet have not, for whatever reason, actually written about. The first is this newest effort from Empyrium, to whom, I must admit, I had not started listening until recently as a result of the Dordenreich connection (another great band I only recently discovered). It's a bit tricky this one, since I understand why this would be considered folk or neo-folk but it actually feels more like acoustic doom metal, if that makes any kind of sense. And in that way reminds me of another project of which I have said something similar in the past, Zeresh. Beautiful and melancholy in an almost oppressive way and unbelievable listenable at the same time. I could listen to this on loop, and in fact have. FFO: Zeresh, Of the Wand & the Moon, Urfaust. 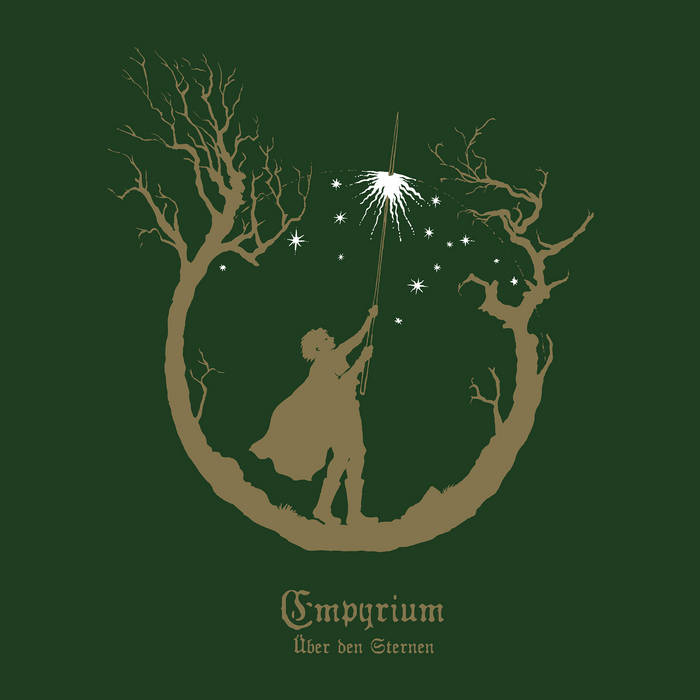 9. Wolvennest – "Mantra," from Temple (Psych Doom Metal – Ván Records). My second "debt" has been to this new piece of spiritual ascension from the Belgian masters of incense in windowless basements. Comparisons are unfair, especially when it comes to art, but this album feels like the tighter, more approachable approach to the this type of thing than, say, the latest Dark Buddha Rising album. Repetitive, entrancing, trance-inducing and yet keeps everything within the general conceptual frame of a song, which makes it easier to enjoy when you're not blasted (the writer of said lines has not been blasted since his early 20s so I really have very little idea what I'm talking about). Fantastic. FFO: Urfaust, Dark Buddha Rising, Saturnalia Temple. 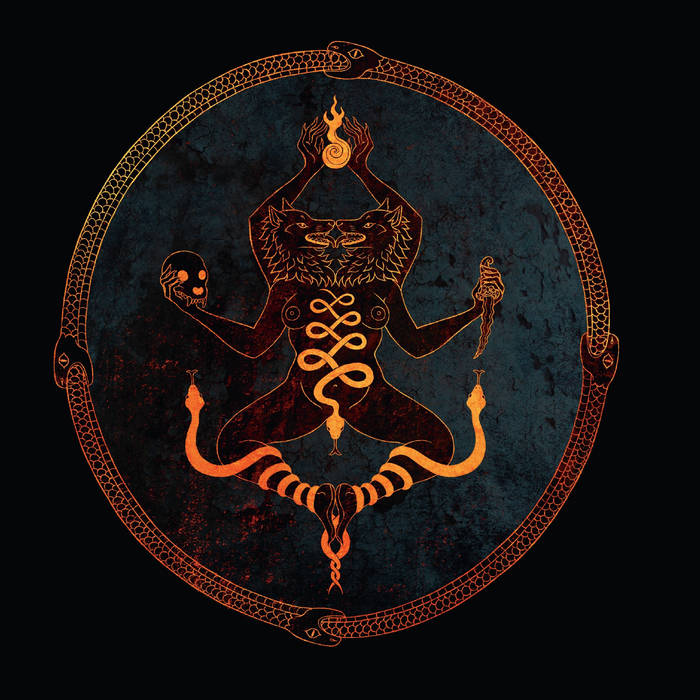 ONE: If you for a night of death metal of a kind that rips corpses but actually is a medical student then Horrendous and Glorious Depravity are doing the live stream thing next week. Check it out.

TWO: Svart Records are doing a run of Morbus Chron's Sweven and their EP Saunter Through the Shroud as part of the same package. Get it here, and read our interview with them about Sweven here (and one with the Band the emerged from MC, Sweven, here).

THREE: My dirty little secret is that, as a result of a time out I've been talking from new music (these posts being the exception) I've encountered some great new mind-bending music from the past 70 years or so. Chief among those discovers, however, has been the work of Finnish contemporary classical/experimental composer Kaija Saariaho. Stunning, human, offensively aggressive, beautiful music. I mean, just listen to that motherfucking cello!

FOUR: Is this thing over yet?

FIVE: Do you need offensively aggressive punk? There you go.

← Pillars of the 90s: An Interview with Coalesce
THE WAR INSIDE MY HEAD: TRACK PREMIERE WITH AVANT-GRINDCORE MONSTERS FEED THEM DEATH →