The War Inside My Head: An Interview with Locrian

To say I've been eagerly awaiting a new album from experimental, droning, prog masters Locrian would be a slight understatement. The trio of Terence Hannum, Steven Hess, and Andre Foisy have consistently been on the most cutting edge of anything disturbing, unnerving, and beautiful, and have served as a personal artistic and poetic inspiration for at least a decade. They were one of my first "international" interviews, and in fact I have been spending the last year (no joke) working on an in-depth conversation about one of their massive albums (Patreon people already have access to the audio version of that). Until then, we shall all celebrate the upcoming release of their long-awaited New Catastrophism, out soon via Profound Lore (new track below) with this new TWIMH installment. And given that Locrian is such a multi-faceted, well-rounded, and artistically inclined bunch we have collectively shifted this music-based interview series to include books and art as well. So, I hope you have your mental legal pad ready. Enjoy.

As always, check out our various interview projects and other cool shit. And if you'd like to keep abreast of the latest, most pressing developments follow us wherever we may roam (Twitter, Facebook, Instagram, Spotify and now also a tape-per-day series on TIK TOK!), and listen to our shitty podcast (YouTube, Spotify, Apple), and to check out our amazing compilation albums. You can support our unholy work here (Patreon), if you feel like it. Early access to our bigger projects, weekly exclusive recommendations and playlists, and that wonderful feeling that you're encouraging a life-consuming habit. On to Locrian.

Steven: When I was 9, I saved up money I had made raking leaves in the neighborhood and bought KISS’ Double Platinum 2xLP not long after it was released. There wasn’t a record store in the town I was living at the time but one of the local hardware stores carried a limited selection of new releases.

Terence: Black Sabbath’s Paranoid on cassette from Kemp Mill Records in Falls Church, VA. My father didn't like that I liked the hair metal of the time and wanted me to find what real metal was. Had to use my allowance.

Andre: “Weird Al” Yankovic. I grew up in rural Northern New York state in the 1980s and it was difficult for me, as a kid, to find albums or tapes. I think I got this one from the mall in Cornwall, Ontario when I was five or six years old. Weird Al is known for parody songs and his version of “I Love Rocky Road” [a type of ice cream] resonated with me during recent stressful times when I turned to ice cream as a coping mechanism.

What 2-3 albums did you hear the most growing up?

Steven: In my teens I’d say it was Slayer’s Reign in Blood, Iron Maiden’s Live After Death, and Jane’s Addiction’s Nothing’s Shocking.

Terence: My parents listened to Tears for Fears – Songs from the Big Chair, Yes – The First Yes Album, and Alice Cooper – Love it to Death a lot when I was growing up, probably with a lot of Carpenters thrown in.

Andre: The Ire – Seized LP was one of my favorite albums in high school. Around 1995-1996, a few of my friends started raving about Ire after seeing them perform at 242 Main in Burlington, Vermont. Later, Ire played in Massena, New York. When Ire played, I had never heard anything like it: they were loud, technical, slow, and dark. The guitars were so loud that the drums barely cut through.

Genesis The Lamb Lies Down on Broadway. I used to borrow my older brother’s tapes to discover music like Van Halen, Led Zeppelin, Yes, and Genesis. After I began digging into his Yes collection, I got curious about other prog-rock bands. He told me that Genesis was his favorite band and I looked up to him, so I bought this 2xCD from the music store in Potsdam, NY.

At first, I found this album to be challenging, but I kept listening and noticing new things; it was difficult for me to differentiate the guitar from the synthesizer. Steve Hackett’s (guitar) playing has been inspiring to me because of the way that he used textures to highlight certain parts of each song.

Lyrically, I loved how this album told a mysterious story: it’s a dark album and the songs are more than the sum of their parts.

It didn’t seem like any of my friends in high school appreciated this album, but it’s probably my favorite album.

Chokehold’s Content With Dying. Before we started the band, Terence and I bonded over 1990s hardcore records and this might have been one of those. I’m not sure if this was an important record for him, but this album was a staple in my late teenage years. Content With Dying made it to my ears by way of a tape-of-a-tape-of-a-CD. Also, there was a local hardcore band in Northern New York (Wall of Opposition) that covered some Chokehold songs.

I loved this album because it seemed like the musicians prioritized feeling over technical prowess. Chokehold showed me that what matters is sometimes less about what is played than about how something is played.

What albums / books / art taught you the most about the technical aspect of making music / art / writing?

Steven: Technical aspects? I’m still working on that. A few records that made me rethink, or look and music slightly differently were, Voivod Killing Technology, and when I was 19 a friend turned me on to John Coltrane’s Ascension, and at that point everything changed for me.

Terence: Album would have to be Obituary’s Cause of Death. It had samples, synths, interludes. It had a lot of songs and was so relentless, but it had some spaces to breathe – when I was 12 or 13 it just hit me. William Gibson's Burning Chrome – a collection of short fiction an older high school friend gave me and it blew my mind, new, fresh, I thought I knew sci-fi but I had no idea. Art would be Gerhard Richter – I was introduced to his work from Sonic Youth’s Daydream Nation and is why I insist on working with artists for our album covers Andre: Paul Gilbert’s Intense Rock taught me the technical aspects of how to play guitar. This instructional VHS was like $50 at the time; now, it’s accessible for free on Youtube. The exercises in it taught me foundational skills like alternate picking, arpeggios, and dynamics. I played along with this video a lot from the time I was about 15 through my later teenage years. I don’t practice much anymore, but I still can play some things that require technical abilities and that’s partially due to this video.

What is the last work of art / book / album that absolutely shocked you? 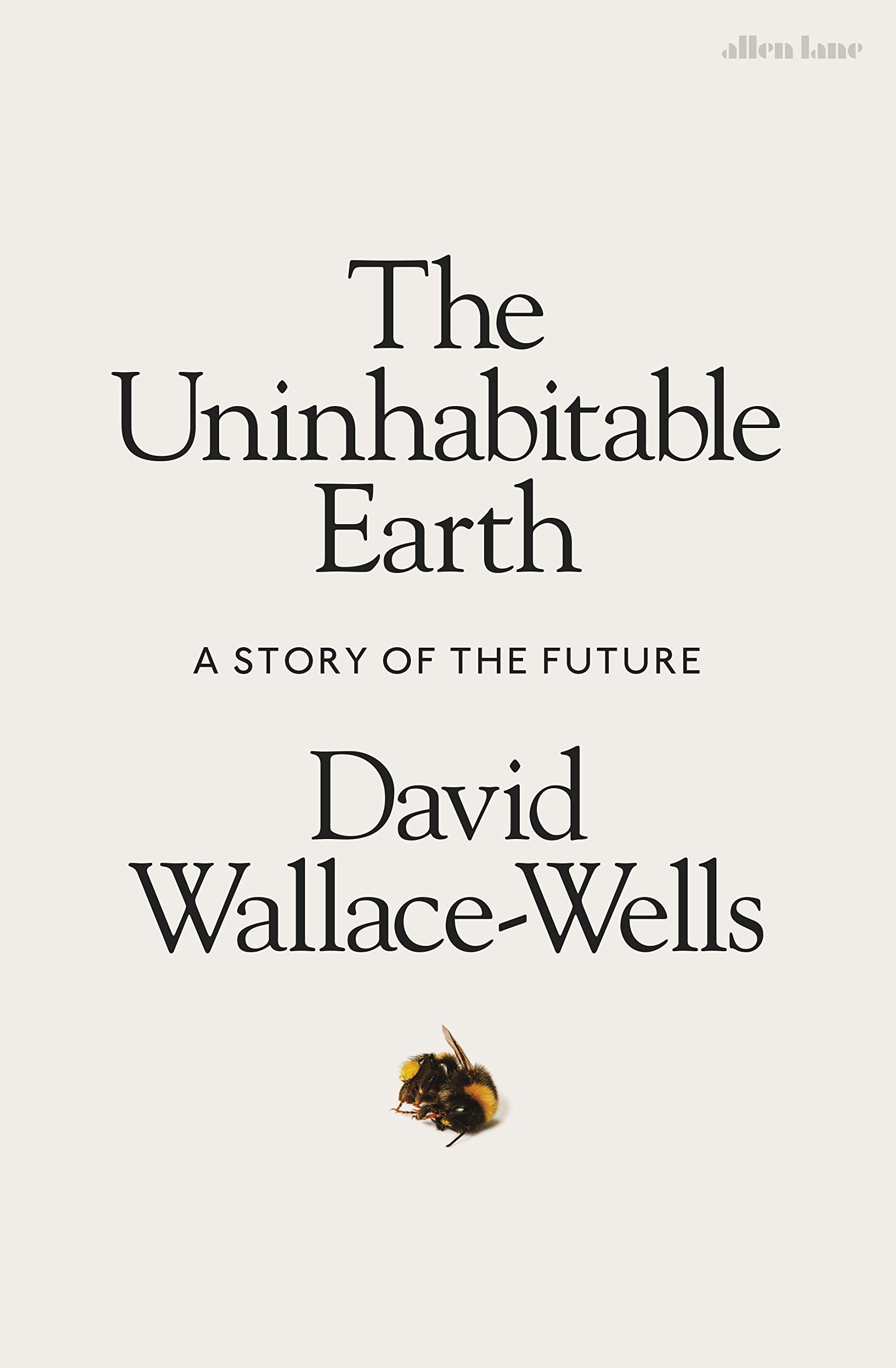 Terence: Art would have to be the work of Trevor Paglen, his sense of the surveillance state and technology whether in installations or photographs brings you to consider the unseen and the watchful eye of the state, it's why we got him for the cover of the album.

A book would be Fat City by Leonard Gardner – my grandfather was a boxer and this just blew me away with its realism and nihilism. As far as an album would be Home Front's Think of the Lie, catchy post-punk anthems. Just so good.

Andre: I was shocked by the perfection of a Suffocation track that I haven’t listened to closely until recently. They start their 2013 album Pinnacle of Bedlam with a track called “Cycles of Suffering” that has these interesting guitar arpeggios that sound like the guitar is burping. Around the 2-minute point of the song, I get goosebumps because there are some simple guitar trills coming into the song. Drums follow. Harmony guitar trills follow that. Later, this crazy trill part gets a groove and it’s so good that it shocked me.

What album / book/ artwork relaxes you or centers you the most?

Steven: Pauline Oliveros/Stuart Dempster/Panaiotis Deep Listening and Arvo Part Alina. I recently read In Love With The World by Yongey Mingyur Rinpoche, and during (and after finishing) I felt very relaxed and at peace with myself and my surroundings.

Terence: Manuel Gottsching's E2-E4 is a brilliant work. I put it on all of the time it just relaxes me. As far as artwork for sure would be Robert Smithson's Monuments to Passaic, inspired by the sci-fi work of Brian Alidss' Earthworks but down to earth. Both work as mundane and fantastic journeys.

Robert Smithson, from Monuments to Passaic (1967). Full project can be found here.

A book I come back to often, well actually a writer, who I just need in my life is J. G. Ballard. I often just include something I haven't read before to kind of break up my reading; Day of Creation or Vermillion Sands it just kind of sets me at ease, even though they're all so unsettling.

Andre: Joanna Brouk’s Healing Music. Joanna Brouk was a composer among other things. The Numero Group re-released her album from 1981, Healing Music, and I listen to this album regularly. Brouk studied at Mills College with Robert Ashley and Terry Riley. I listen to Side A of the first LP most. This side focused on dreamy piano arpeggios and I sometimes listen to this side on repeat for several spins. I find it to be so relaxing and grounding and I wish she released more music.

Terence: Anatomy of Habit Even if it Takes a Lifetime / Puce Mary You Must Have Been Dreaming / Himulkalt A Third Fantasy / Worm Foreverglade.

Terence: Underrated easily would be One Eyed God Prophecy's LP on Great American Steak Religion. It got Andre and I to start playing music together. I think Earthworks by Brian Aldiss is actually pretty underrated.

Andre: I don’t hear enough about Vini Reilly’s music and for this reason, I assume that he’s underrated. This live version of the "Missing Boy" is phenomenal.

What art / music / book would you recommend from your local scene?

Books: Bruce Adams You're With Stupid: Kranky, Chicago, and the Reinvention of Indie Music (released in Nov 2022) [guaranteed to be great!]; Michael Vallera’s Clean and Silent Weather Photobook; and Tim Kinsella’s Sunshine on an Open Tomb and All Over and Over.

Terence: I live in Baltimore and it is full of great artists, writers and musicians. People like the painter Ruri Yi or sculptor Stephan Hendee. In music we're blessed with such a diverse scene so I would recommend Ugly Twin, Silk Leash, Curse, Soft Pink Truth, Matmos, Jeff Carey, L'Avenir, Dosser, Abdu Ali, Butch Dawson. A good book would be photographer Joe Giordano's We Used to Live at Night. He's a great photographer and artist who is consistently on the front lines from the Freddie Gray uprising to January 6, he gets his camera where it needs to be. I really like Stephanie Barber's Night Moves, a poetry book culled partially from the YouTube comments on the Bob Seger song – which is a good one – and is very evocative and romantic.

Andre: I live in Albany, NY. Burnt Hills is a great band that doesn’t play live much. They remind me of the more driving parts of Hawkwind. The musicians in this group have other projects like Bone and Joint Center, Rambutan, Century Plants, Parashi, Sky Furrows, and others. You could find their stuff through Tape Drift Records or Flipped Out Records.

On the metal tip, there’s a local doomish metal band called Hush that are great. They play super down tuned guitars and write great songs. I believe that their new album has more harmony guitars than their previous releases and I recommend checking it out if you enjoy doom, sludge, and good song writing. Here’s a link of their new album: