Well, I hope the fact that I added the WW III to the title last week didn't unleash the actual hounds of hell, but I guess that's the kind of power I have these days. Keep safe, now more than ever. Please.

1. The Replicate – "Ingrained," from No Longer Human (Black Metal/Prog – Independent). All the way back in early 2020 I stumbled upon a demo by a band of whom I had never heard called Spirit Possession. To make a long story short: I lost my shit. And I was right. So, this is kind of where I sit with this new The Replicate demo. It's catchy, fiery, well-written, nasty, and fucking awesome. Will I be right again? Yes. FFO: Nite, Ulthar, Morbus Chron. 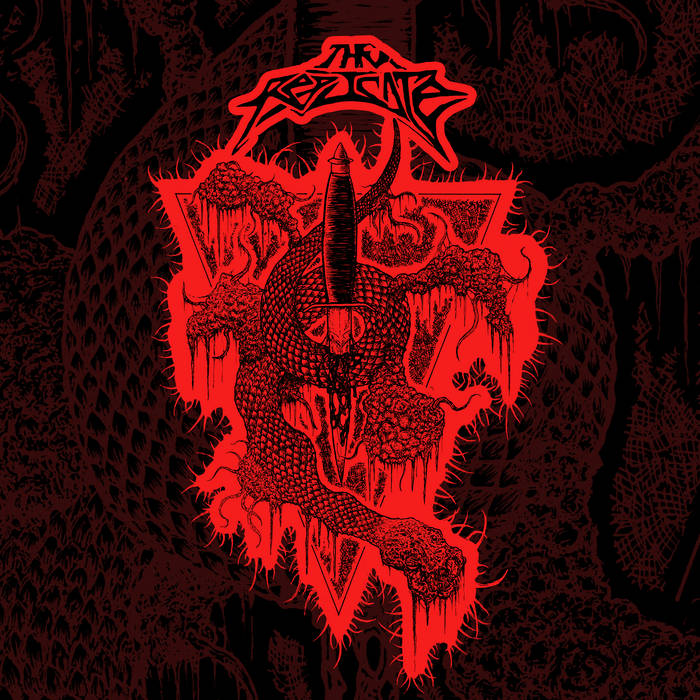 2. Nadja – "Funkspiel Part One," from Nalepa (Drone/Experimental – Broken Spine Records). A new Nadja album is always cause for some celebration, along with some appropriate trepidation. What will they do next? Will they go freaky and abstract? Will they follow in the heavy, dare I say "song-y" steps of their most recent LP Luminous Vault? Will they releases a trap album!? Well, with Nalepa we have our answer, which is closer to the decimation of their recent foray into "narrative" and sees them return to their mind-numbing, soul-edifying essence as just two gifted artists who could give two fucks about whatever my expectation of whatever it is they do. Turn your speakers obscenely loud and let the sounds wash over your life. FFO: Some Became Hollow Tubes, ÄÄNIPÄÄ, Locrian. 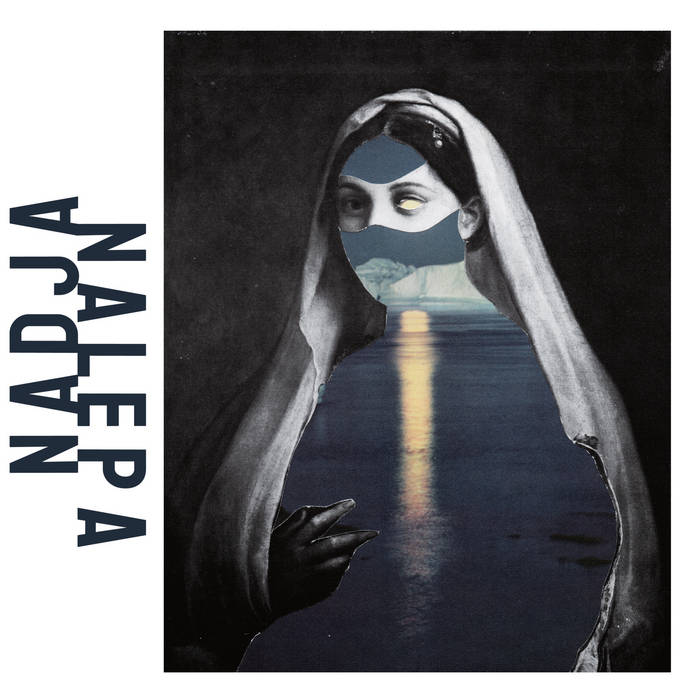 3. Domkraft – "And Yet it Moves," from Ascend​​/​​Descend (Stoner/Doom – Majestic Mountain Records). A new split with two immense bands that promises to be immense? Yes please. The first track from the Domkraft side of this very exciting split sounds fantastic. Big without losing humanity, human without losing scope. Rockin' shit that's deep. FFO: True Widow, Dopelord, Nebula. 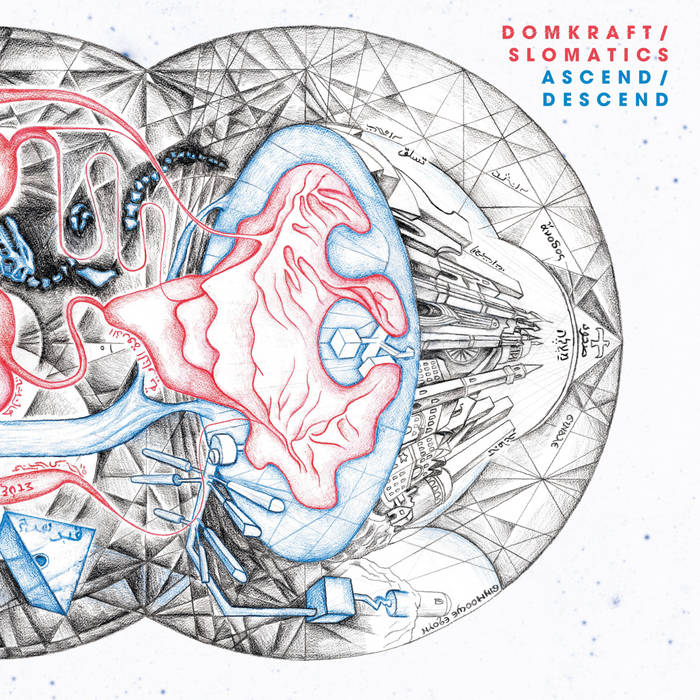 4. Thrown to the Air – "Cycles,"  from Cycles (Metalcore – Independent). Needless to say, this isn't the usual cup o' tea over here at MM HQ, but there's something interesting about this. About the way it sounds, for sure, but also about the way it's constructed and made and thought out. Many times metalcore falls flat for being a bit to squeaky clean and inhuman, and this sounds nothing like that. It's flawed, it sounds weird, the vocals overpower the mix and yet it is so weird that it piqued my interested to the point of never really getting around to turning it off. Which, I guess, means it's good. FFO: Umm, Serpent Column with hair gel? 5. Black Fucking Cancer – "Serpentious Flames," from Procreate Inverse (Black Metal – Sentient Ruin Laboratories). How long has it been since we've gotten a proper BFC release? A long fucking time, let me tell you. To the point of me going "Oh, that's a nice cover" and "Oh, one of those obscure Sentient Ruin releases, I bet this sounds evil" before finally going: "Wait, is that BLACK FUCKING CANCER!?" And it's interesting, since in these past few years the scene has really moved up to BFC's sound, with last year's masterpiece from Antichrist Siege Machine maybe being a high watermark in that zone. But leave it to these maniacs to remind everyone that they're still the evilest, the craziest, and the best. Horrific and wonderful. FFO: Antichrist Siege Machine, Teitanblood, Concrete Winds. 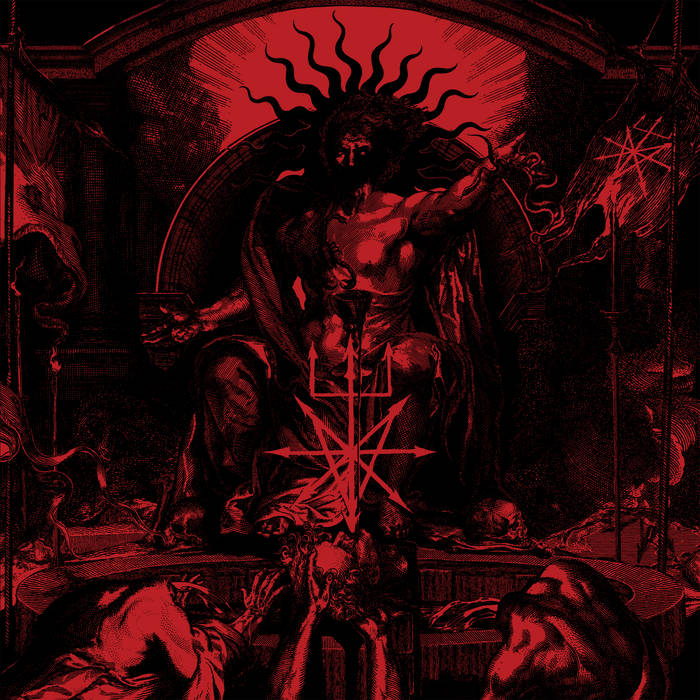 6. Wandelaars – "Dal, kluit en wortels," from Verbroken (Black Metal – Chronos Defied). Yet another great recommendation from the equally great Rene Aquarius (Dead Neanderthals, et al). Expansive, rough, and fucking grandiose atmospheric black metal with that "uh, I think they recorded this using a 1983 Casio transistor radio" feel. One of those rare instances of getting the "playing way in the back" feel without losing the musicality or emotional punch. Very nice. FFO: Revenant Marquis, Somme, Turia. 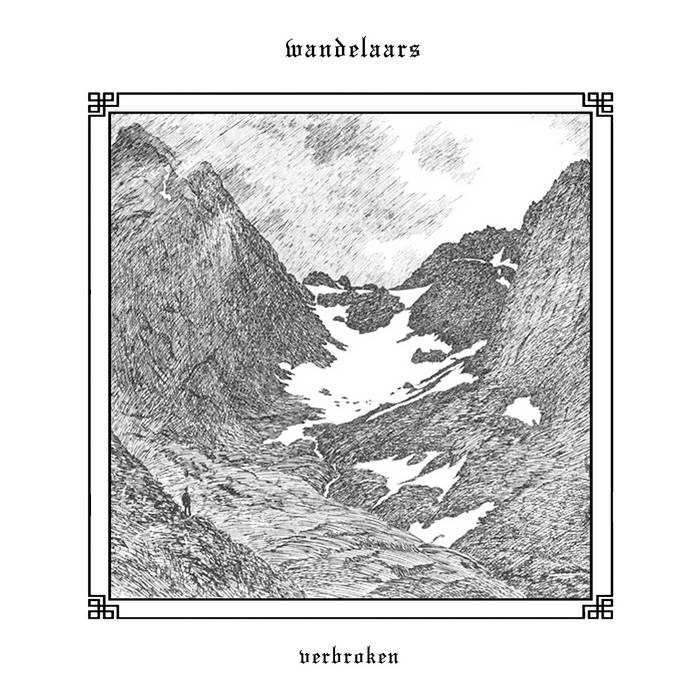 7. Sander Cohen – "Sad Radical," from Bro Splits by TRAPS/Sander Cohen (Punk/Post-Hardcore – Halfmeltedbrain Records). I know there's a lot of anxiety that comes with living through a potential cataclysmic war and/or plague. What helps me is unleashing a deluge of rage toward the universe in a desperate attempt to forget my own transience and the meaninglessness of basically anything and everything I do. So, this split really does the trick, and this track really really does the fucking trick. Hyped up prime Refused, basically. FFO: Refused, Uniform, Glassjaw. 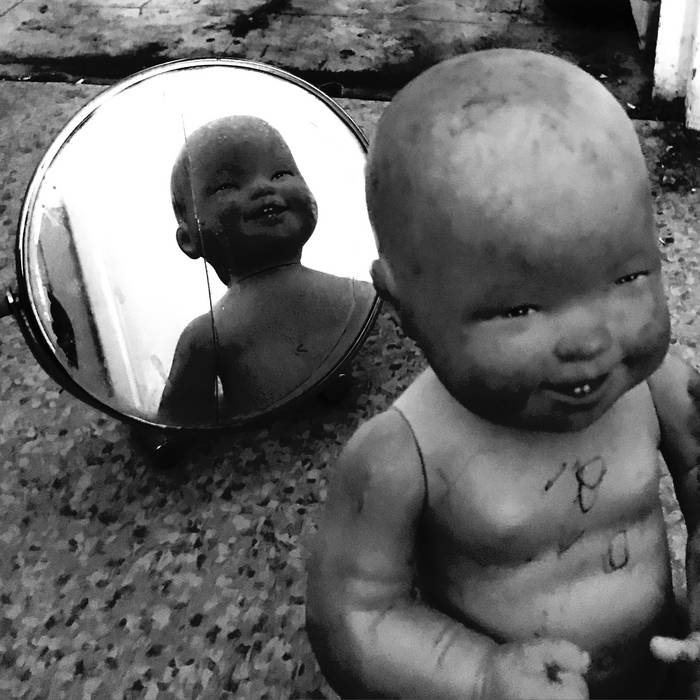 8. Blood Incantation – Ea: First Movement, from Timewave Zero (Ambient – Century Media Records). So, yeah, we were all waiting to listen to the new ambient BI EP and now it's here and, guess what, it's a new Blood Incantation ambient EP. I love it. I realize it might be divisive, especially since BI didn't really get where they got by being an ambient band. But, really, that's not true at all. They completely got where they got using these sensibilities, and it is entirely the case that this here is closer to a distillation of who they are as a band than some freaky shock-value project meant to piss off metal lifers. This is who they are, and I fucking love it. FFO: Vangelis, Tangerine Dream, BLOOD INCANTATION! 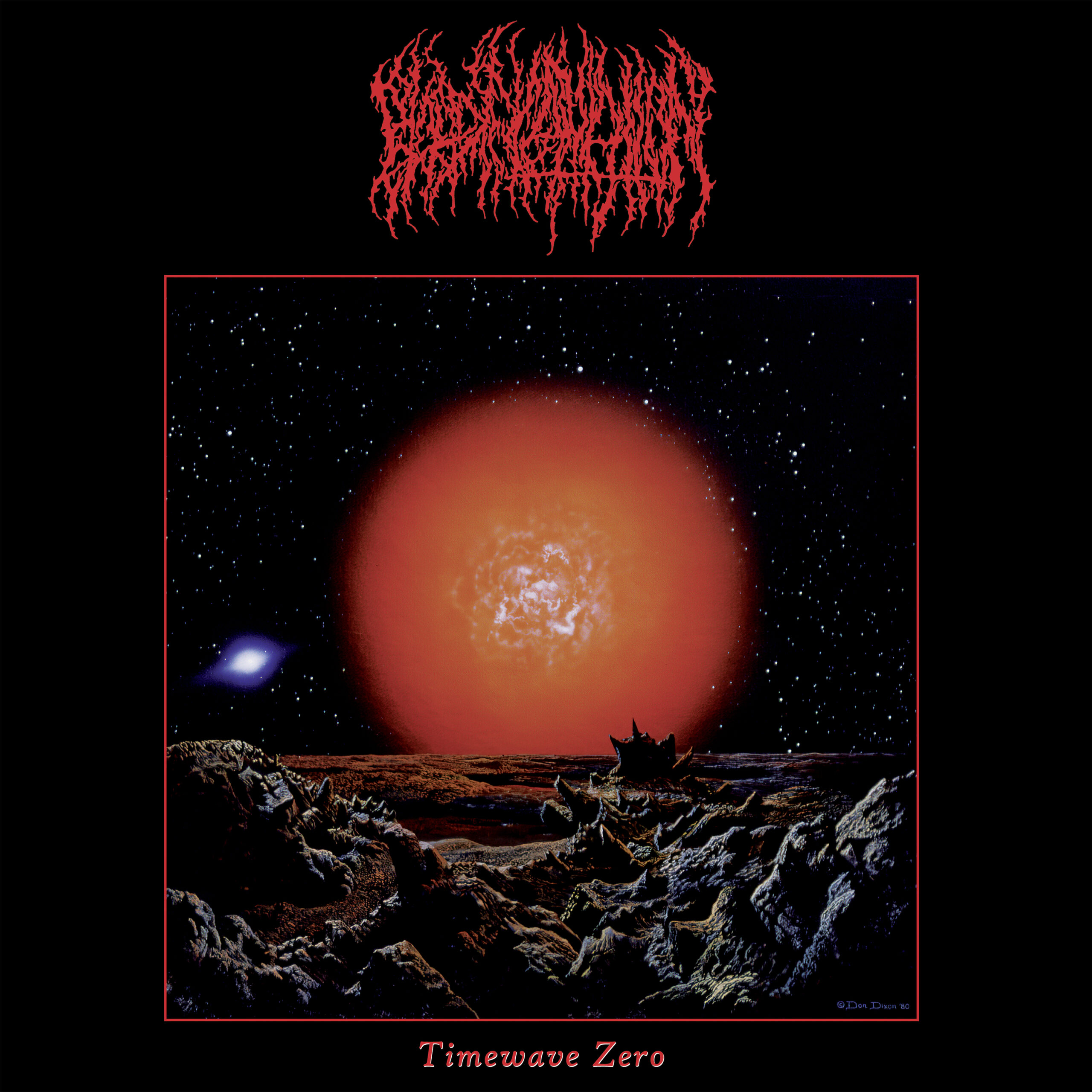 9. THECHEESEBURGERPICNIC – "This Is Your Last Warning Stay Out Of My Fucking V8," from Discography (Grindcore/Noise – Heathen Hand Records). That was a nice little chill mind-expander from Blood Incantation, wasn't it? Great. I guess all that's left to do is to kill your mind now. So, here's how: unbridled chaos, wanton glitches, riffs cascading out of your bleeding esophagus. Enjoy! FFO: Bleeding esophaguses. 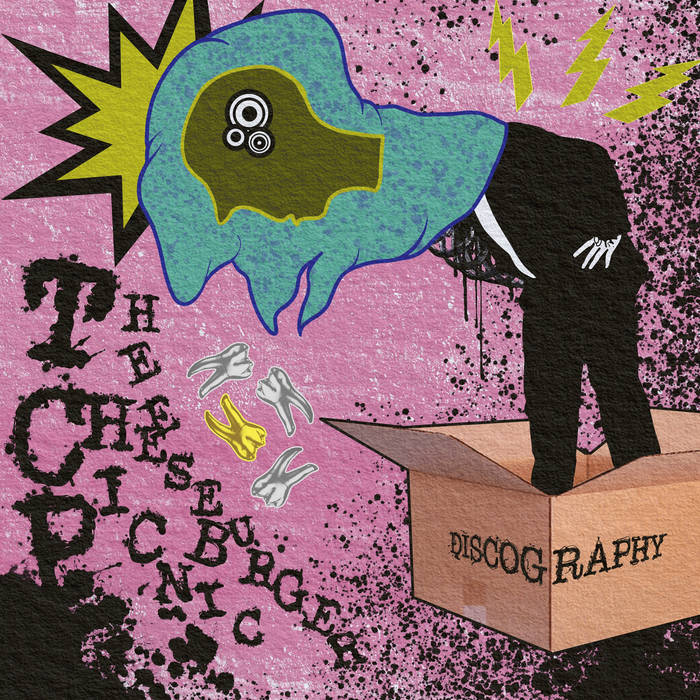 ONE: Last week I almost included a fantastic new release from (to me) unknown one-man project Misanthropae. So, naturally I proceeded to listen to it a billion times this week. Listen. Now.

TWO: Lower Class Kids, who are, in my humble opinion, one of the best labels in the world right now, are selling their entire discography on the cheap in order to raise funds for Ukrainian humanitarian organizations. Here.

THREE: Darkthrone's A Blaze in the Northern Sky was released 30 years ago. Which is insane.

FOUR: News stories come and go, and what we care about might shift quite easily depending on what we already believe. That's fine, that's how people work. But it would be best to remind ourselves, at least once a day, that everyone suffers. Especially now. Everyone.

FIVE: Here's your timely reminder about the new Eight Bells albums that dropped over the weekend, that will suffer from severely lacking PR, and will easily be one of the best albums of the year. Do. Not. Sleep.